London Stansted Airport (STN/EGSS) is situated 55km northeast of London’s city centre and was opened 1942/1943. The airport handled roughly 25 million passengers last year and is a hub for Ryanair, Jet2, Thomas Cook and EasyJet. All in all around 200 destinations are served from STN and it is the UK’s 4th busiest airport. But Stansted is not just a major destination for LCC in greater London area, it also handles most heavy Business Jets and several state visits.

The airfield was opened during WW2 and served as a bomber and maintenance base for both USAF and RAF. The civil usage began in 1949 when first charter airlines moved to Stansted which was the airports major usage for a long time. Just in 1985 a big development plan was published which was the first step to the airport’s raise – the second one was the beginning of LCC services and their rapid growth. Although the passenger experienced a rapid increase lately, there have also been weaker times. Nowadays the airport’s maximal capacity is almost experienced with roundabout 25 million passengers…

+++ THE LOCAL POLICE RECENTLY INTRODUCED SOME NEW MEASURES IN ORDER TO BE ABLE TO PROVIDE THE AIRPORT’S SECURITY – THOSE NEW “RULES” ALSO AFFECT OUR HOBBY! MORE INFORMATION CAN BE FOUND HERE: HERE +++ 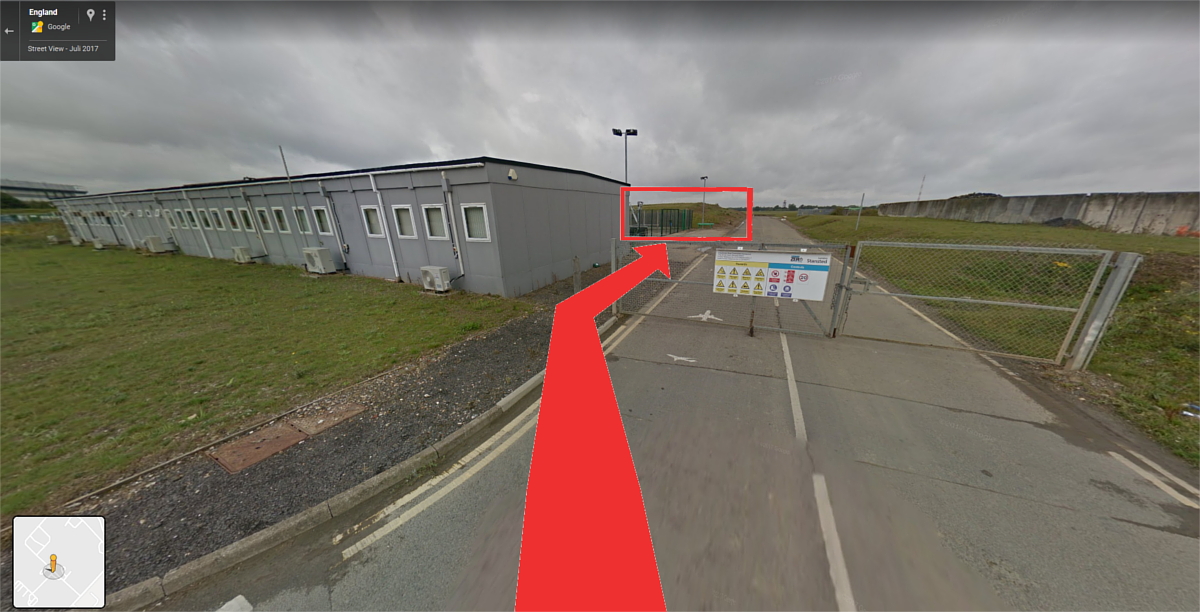 Hi
I am lacking information on how to identify the more obscure planes coming into stansted
Where is the best place to look for this? Thanks
Simon

Hi,
I am new in the UK, I’m planning to go Stansted Airport for spotting. May I know about spot point 3, It’s possible driving my car directly, I mean is there have any place for parking safety nearby?

Thank you very much 🙂

I am arranging to visit stansted sometime in may, & i am not into photography but log the registrations. I have not been to stansted for some time but i am planning to go to spot 2 by bus route 509/510. Do these buses still run & stop at this location from the terminal bus station
Many Thanks

We do not know, sorry.

I was hoping to get some help – I’m not a plane spotter but do have an interest in planes and my 3 year old is crazy about them. We have hours of take offs and landings playing in the background all day!

Anyway, I was wondering if there was anywhere I could go near Stansted that we could just park and he could see the planes flying over from his car seat. We don’t need to be close, I’m not taking photos, its just for him to see them coming in and going out in relative comfort.

Unfortunately for me I fit a certain “profile” so I’m not interested in taking chances and being questioned by the Police. I know there’s a BP petrol station near by but I don’t remember that being a particularly good place to see planes.

I’m happy to into the airport / pay for parking too if that can give me a good vantage point as I don’t rememebr seeing any viewing points before security inside the airport building.

Thanks for any help you can offer.

Probably close to spot #7 (Green street) should be best. Drive the marked dirt path close to the gate just below the arrival glidepath and park your car facing right head on the planes or from the back and then you cna watch aircraft arriving/departing out of your car easily and comfortabely.

Hi there, I’m curious about this spot. I have been taking my young children here for a a couple years and the dog also loves it.
Last week we were moved on by the police and told we were not allowed to be there.
There are no signs or areas which say parking restrictions apart from on the gate. We were not parked close to the gate but on the dirt path. Could anyone shed any light on this?

That is strange, maybe the police men had a bad day as it is no problem normally…
Thanks anyway for the heads up, will add a hint to the guide.

On seeing how old the google map is, if from spot 3, if you carry on walking towards the airfield operations tower, (which is not shown on the map),there is another little mound, that was created, when a new water balancing pond was made, it is about 200 metres further along the track and you would only need a 3 tread pair of steps to clear the fence .

Hi dead, thank you for leaving a suggestion, I’ve added it to the map, temporarily

Hi Dean, thank you for leaving a suggestion, I’ve added it to the map, temporarily

At spot 2, this is now part of the MAG/Harlow collage building, where students attend during the day,so if you get caught with a camera, you might have same questions to answer to the police.
How ever, if you look to the right , (approx 75 metres) there is an old hill, which, I often go to, when 04 runway is being used, and only once have the police called me over to answer a few questions, then all is well, when proof of identity is shown.
You can get to this spot, from the terminal, either use the Nova hotel bus fare approx £4–00 each way, or the local service bus, 509, or 510, to the end of Long Boarder Rd, There is no car parking here!!!
Best time for photos, midday to sunset

Spot added/fixed now. Everything okay like that now?
Could you please provide some example shots for spot #2?