The airport was formerly known as “Belfast City Airport” until it was renamed in 2006 in memory of George Best, the professional footballer from Belfast. The airport handled over 2.7 million passengers in 2010, a record total for the airport, though the total was only slightly below 2.45 million in 2019.

The airport has a CAA public use aerodrome licence (number P862) that allows flights for the public transport of passengers or for flying instruction. Ground handling is provided by Swissport and Menzies Aviation. In 2012 Aer Lingus opened a base at the airport transferring operations from Belfast International Airport. Movements at the airport are predominantly the airlines that operate out of the city are;

Due to the close proximity to the city 21:25  is when the last flight is taking place due to noise restrictions 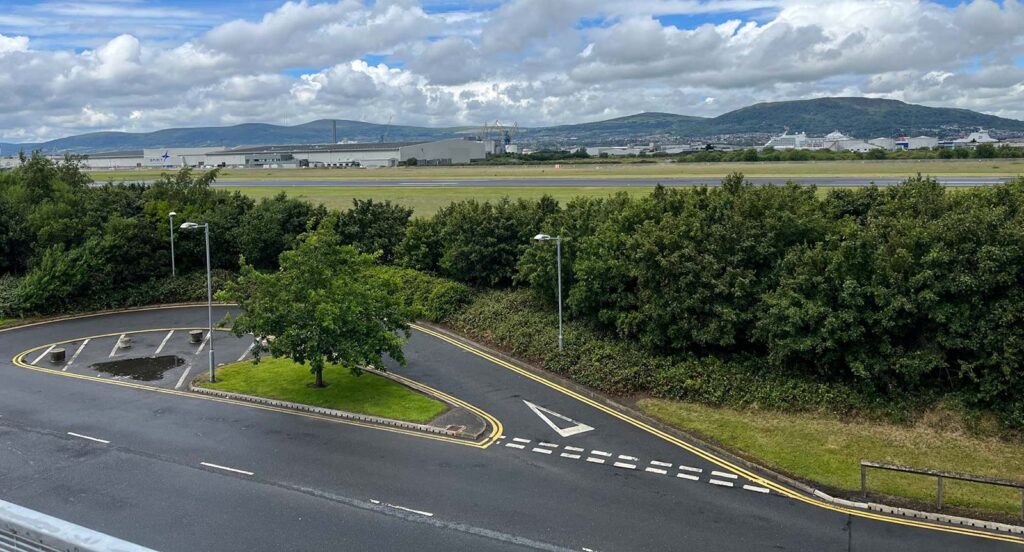 Hi there the carpark roof (spot #3) is not ideal as the tree line blocks most of the views of the airport. it is only good for 04 take offs. The mound at the turning circle is fantastic and the airport/PSNI have no problems (from my experience of being there). regarding public transport Translink Metro bus routes 94, 94B, 3c,3d 3j and 3e bring you to spot #3 and #4. routes 94 and 94b bring you to spot #5 if you get off at Trident house.

Hi Luke, your infos are helpful. I have just updated the guide. Is it possible that you send us some photos that you took at the various locations?
Cheers
Julian