Naples Capodichino Intl. Airport (NAP/LIRN) is located 7km northeast of Neapel itsself. With more than 10 million passenger in 2019, NAP is one of Italy’s most important airports and especially in the south a big hub as it connect the region to many internationally important hubs within Europe thanks to Lufthansa, Alitalia, British Airways, Brussels Airlines, Iberia, etc. flying from NAP to their homebases. Furthermore the airport serves many seasonal routes mostly flown by tourists, thus summer is the busier time of the year with Transavia flights to the Netherlands or routes to the UK and Scandinavia for example.
In addition, Naples is a NATO air base for the mediterranen region (thus mainly Navy ones) and that is the reason why you may see some USAF aircraft or other various air forces paying NAP a visit. In addition, Naples airport is also home to a local firefighter squadron with their CL415 in summer (in winter they move back to their maintenance base) and a huge maintenance facility can also be found in NAP’s north: Atitech. Thanks to this company, which is the largest privately owned MRO site in whole europe, there are many special and unregular arrivals into Naples Airport.

The airport was opened in 1910 as military airbase and was run for training operations and education till 1939. After it hosted Italian and alied troops and air forces during WW2, the airfield back a NATO and US Marines base on behalf of the local Italian forces in the 1950s. Today, NAP is still an important military airfield as the US forces moved their Navy headquarter from London to Naples in 2005. However, since 1950 it is also used partly as civil airport and the numbers exploded lately with a huge increase of passenger traffic. But as it is quite narrowly surrounded by living areas, museums and co, there are plans to develop the Salerno airfield roughly 50km south of Naples as second civil airport in order to reduce the pressure on NAP here. Let’s see, what future brings…

As spotting at Naples is very difficult for foreigners due to the local “rules” and Italian lifestyle it is always good to have a local backing you up. So we recommend on behalf of our local spotter/support Marco Macca, to contact some local spotters – feel free to get in touch with him: 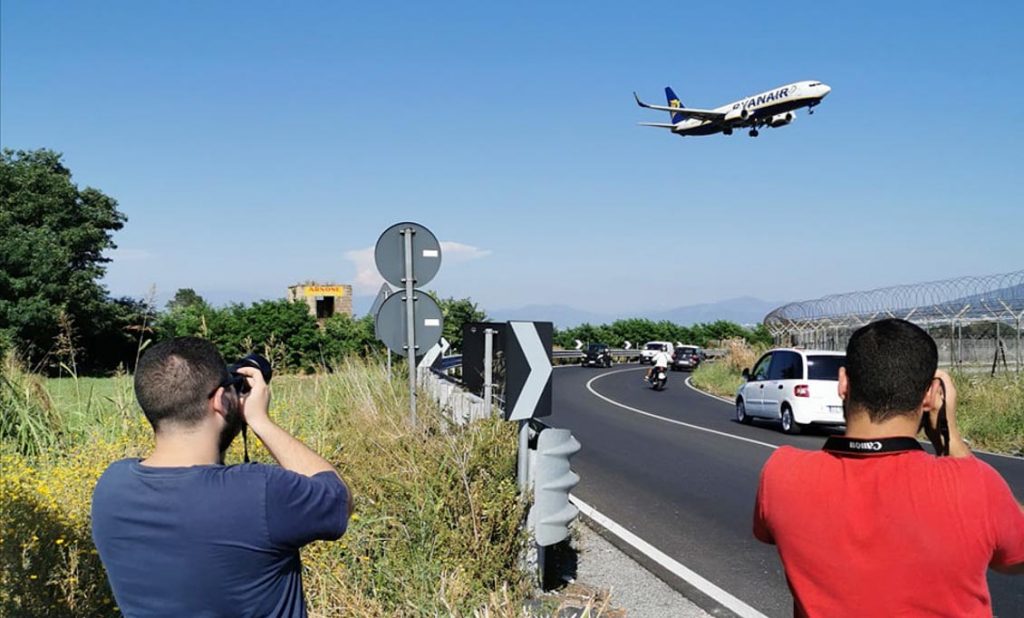 I visited on the 3rd of May 2022. I chose spot 1 the parking garage. Nice angles and overall convenient spot due to its placement however after 2.5h of spotting during some police helicopter landings I was approached by municipal police. I was not surprised as I had jumped a barrier that causes you to be further back from the edge so I jumped back. A police officer told me I was in the clear but then called his boss who told me in English that I was not allowed to photograph without proper authorization and was to leave and delete all my photos. I didn’t feel like deleting over 2.5h of work so I changed out the SD card in my camera for an empty one showed that my camera was empty and left. Overall pretty good spot but seems the police don’t like you taking photos, especially of their aircraft.