Aeropuerto de Lanzarote-Arrecife (ACE/GCRR) is located 5 km west of Lanzarote’s capital Arrecife. The airport is accessible by bus, but to reach the spots a car is highly recommended.
In 2018 7.3 million passengers were handled, the majority are tourists visiting the island for vacation. The airport was opened 1940 as a military airfield. Later in the 40’s also the first civilian traffic started. In 1970 the first terminal was opened to start international flights as well. The current Terminal 1 went into operations in 1999 while the old Terminal 2 is now used for intra-island flights.

You can check the flight schedule on https://www.aena.es

Below the approach path: 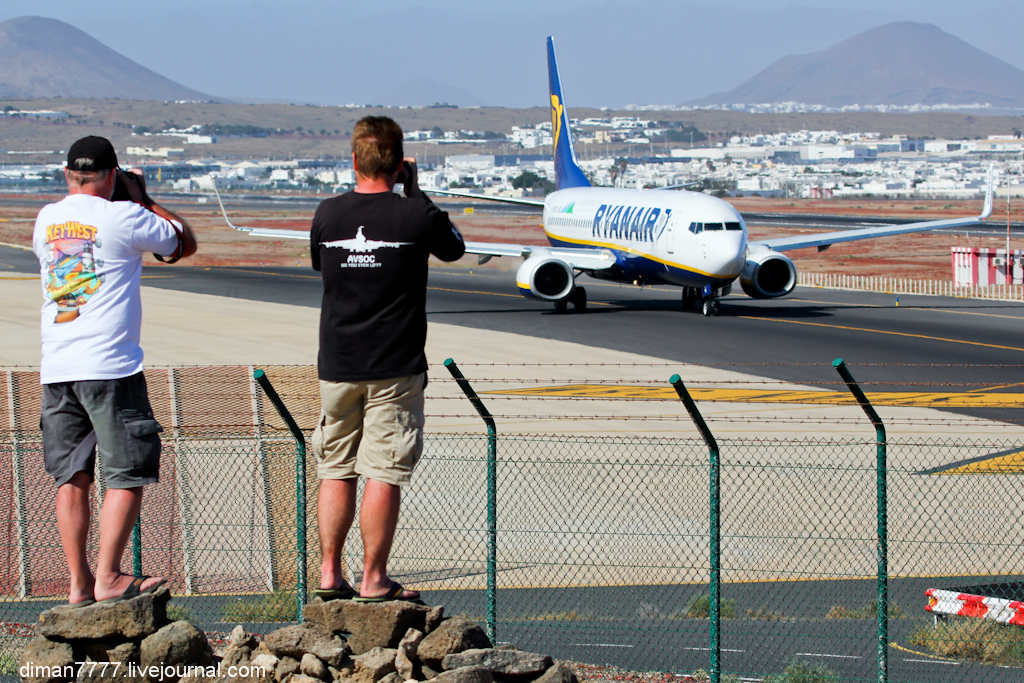 Afternoon/evening Runway 21 departures are also possible from spot 2 with a long lens:
https://www.flickr.com/photos/treflyn/33940996576/