Riga Skulte International Airport (RIX/EVRA) is Latvia’s busiest and biggest airport. It’s located ~8 km (south)west of Riga’s downtown, which was signed out as European Capital of Culture in 2014. The airport was built back in 1973 (as an alternative for Riga Spilve Airport) and was streamlined in 2006 and 2016. Nowadays it’s even the most important airport in the whole Balticum, with the more than 6 million passengers, which were handled back in 2017.

It is the biggest hub of Air Baltic, which is the world most „on-time airline“. Apart from Air Baltic you can see a few other european carriers in Riga – for example Aeroflot, Belavia, Corendon, LOT, Lufthansa, Ryanair, Norra, SAS, UTAir or Wizz. SmartLynx is a well known visitor as well, with its many holidayflights to Greece or Bulgaria in summer months.

A few freighter airlines are operating regular flights to/from RIX, too. DHL for example; which is coming all week days from VNO in the morning and heads back in the evening (Uptodate in Summer 2018). TNT/ASL Airlines and Sprint Air are a common sights here as well and sometimes, if you’re lucky, you’ll get to see a Tupolev 204 of Aviastar. Apart from this you might also see one of RAF Avia’s Saab 340 or Antonov 26, which are mostly parked for a long time north of the passenger terminal.

If we’re talking about Riga’s airport, the storage is also worth to be mentioned. West of the runway and north of the official spotting point, there is the first storage area. The second one, mostly occupied by CRJs, can be found north of terminal and east of the runway.

Also kinda storage is the Aviation museum, which can be found north-east of the PAX terminal. During our last visit it was opened daily from 10 to 17 o’clock and costs were 5 Euro per person. Inside you could find (in 2018) around 5 helicopters, 10 fighters, a few little props, an AN-2, an AN-24, many undefined aircraft parts and 3 Tu-134 nose sections. Unfortunatel the airport want to close this museum, to extend their apron, which would bring more many (once in Usage), than the museum nowadays – the airport operators think and hope!

Written by Severin Hackenberger – thanks to Gerrit Griem and Kevin Eickmann for providing pictures and information (Last visit: July 2020).

It’s quite difficult to spot through the fence, due to the tight holes, but spotting through the barbed wire at the top is difficult as well and even not welcomed: 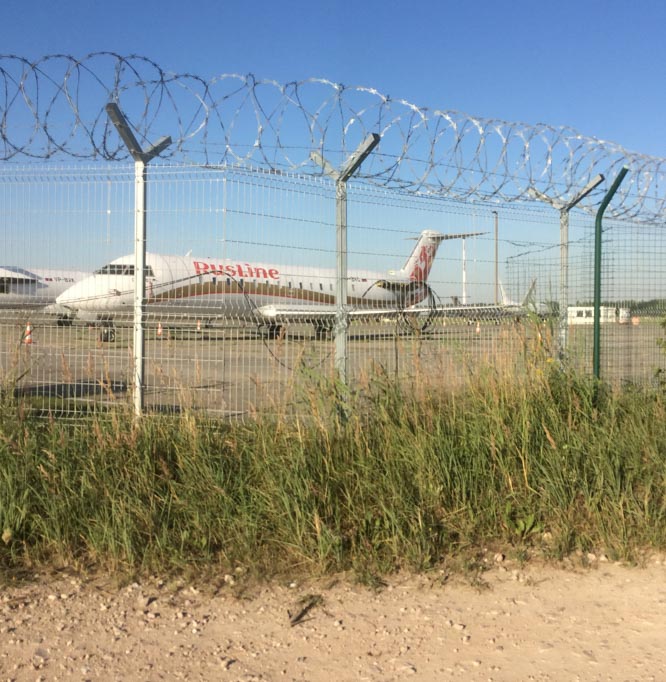 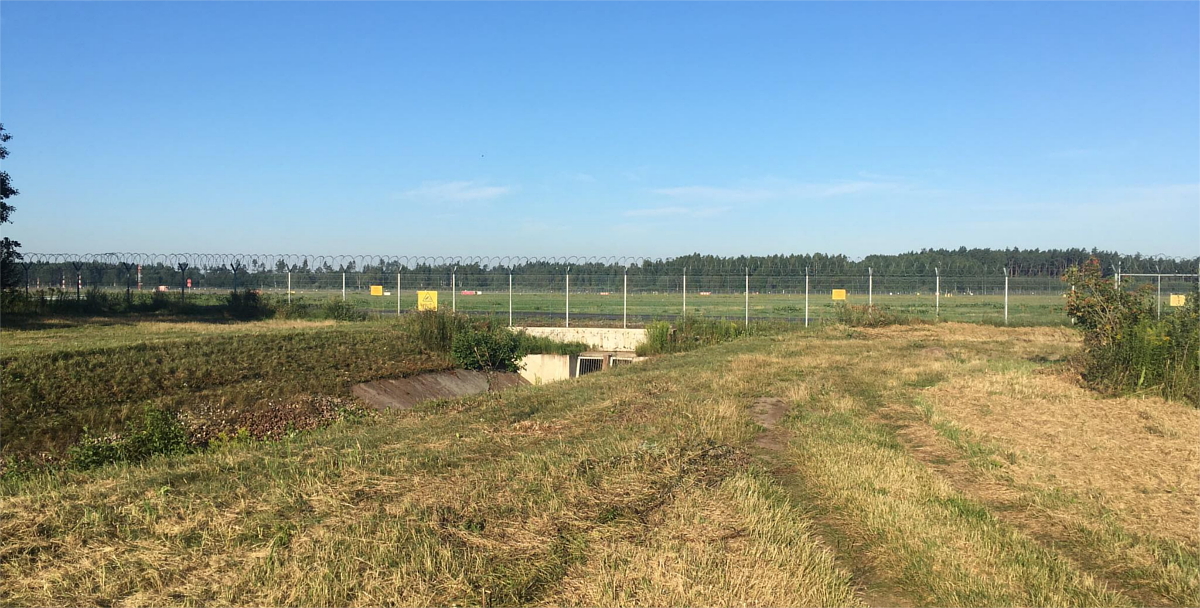 I will investigate the area anyway….

Near spot 3 is a storage area with lots of Crj’s. Is it possible to read the registration or take pictures in this area?

We where thinking the same, but didn’t find anyone who would have been able to report yet unluckily. However you can read regs from the terminal along the windows airside…