The air base is home to many military institutions such as military schools and some squadrons. Thanks to the USAF Fighter Weapons school, you will see many fighters here (as LSV is known as the Home of Fighter pilots within the US Forces), plus also the famous Thunderbirds (US F16 show fleet). In addition to fighters, Nellis is also home to some helicopter units and is regularly visited by bigger airplanes like the Boeing E8 or Rockwell B1.
It also hosts the famous Red Flag exercises since 1975. Many NATO members and US pilots from all over the country take part then in training the realistic fights in this area called “Nellis Range”. It is held four to six times a year and is one of the most important and popular training exercises within the NATO. As you cannot shoot the morning side well, one can only hunt the arrival wave here. We advise to position yourself in the approach from 1530LT on, then you may be lucky to get up to 20 movements within a hour. First the fighters return from the training area normally and afterwards all the tankers arrive as well.

Red Flag schedule and  more infos on this website. 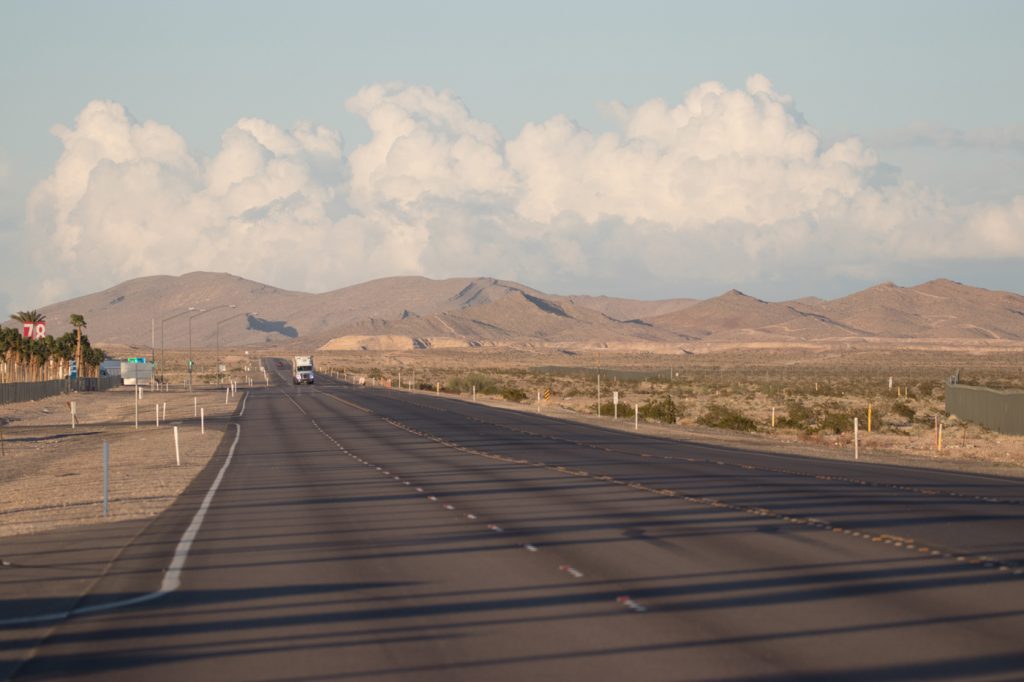 Thank you for this information. I am looking to travel to Vegas as a first time Nellis spotting for me. I am interested in checking out Red Flag 22-2. It appears to be scheduled for March 7 thru 18. I am guessing this is tentative. Is there a better time frame to be on hand for the best experience (week days, weekend)? Thanks again for all the work pulling this information together.

Thanks for lots of great info Jason. I plan on making the trip this coming Monday from San Jose. I’ve shot a lot along the BLVD and a few from Cheyenne, Ave. Looking at the local map there is another section of Cheyenne, (36°13’05.6″N 115°01’40.4″W) that looks like a good spot, actually several, just wondering if you’ve done any spotting from there? Thanks

GREAT page!! Lots of good information. Las Vegas east ender here. I’ll be heading up for Red Flag 22-1. Suggestions for the best time of day? Like do they have any regular takeoff times?

Is there a way to easily print this so I can have a hard copy with me? I tried to hit the print but it was wierd!! I would happily pay for something like this – booklet, etc…Thanks!! Looking forward to getting out there!!

I have send you a email, Tim.
-Julian

Can I have that printable version too! Thanks