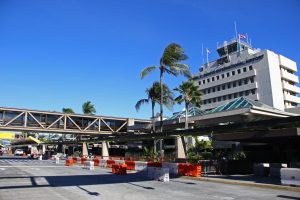 Honolulu Daniel K. Inouye Airport (HNL/PHNL – Hickam Air Base in the northwest of this field runs with HIK/PHIK to be exact) is the gateway to the Hawaiian islands and especially handles a lot of Asian and Australian services so rather the intercontinental hub for Hawaii. Having said that it is therefore not the only destination on the island group for US-flights. But therefore HNL has also many services within the island group to Lihue, Big Island, Maui or other ones: passenger and cargo services.

Honolulu Daniel K. Inouye Airport‘s former name was Honolulu Intl Airport, but was always located 5km west of Oahu‘s capital‘s city centre where it was opened in 1927. This airport is very important in many ways: Cargo, Military and Passenger. Also very interesting and good is the fact that Boeing mostly uses Honolulu as stop and refuel station for their B737s being delivered to Asia. That’s why you will always be able to see some nice and brandnew Boeing aircraft enroute west.m All in all HNL airport handles 20 million passenger per year, 531.000 tons per year and several military trainings in addition to all the military transports, fighters and bombers passing thru the airport.

Sadly, spotting is everything else then easy and the number of good locations is limited because of the geographical location. The southernmost runway 08R/26L is almost completly sourrunded by water and at the western end there is the huge Hickam Air Force Base, which is a part of the airport as they share the runways. The military flights (mainly F-22, KC-135 and C-17) are of course a nice side effect.

Position yourself on the concrete block behind the small grasses here:

View from the concrete block: 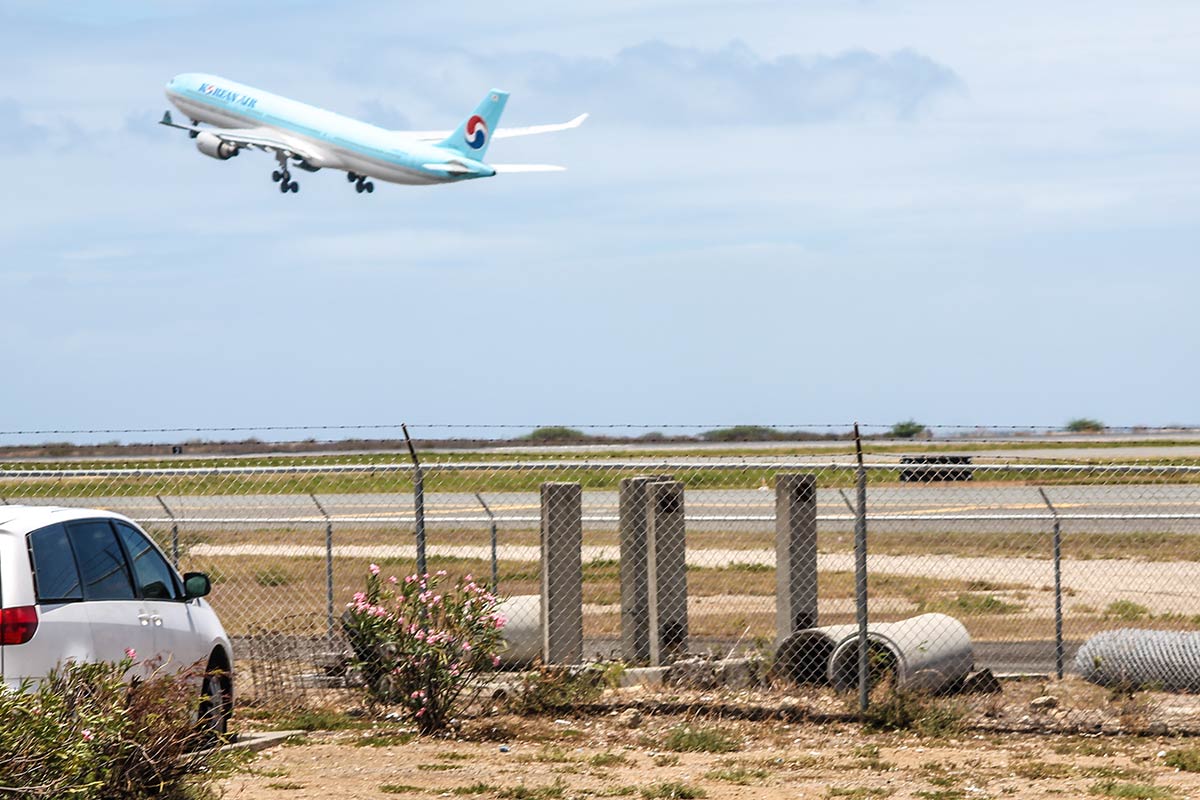 In addition to THIS nice freighter (meant in “WHAT” above) also those objects: 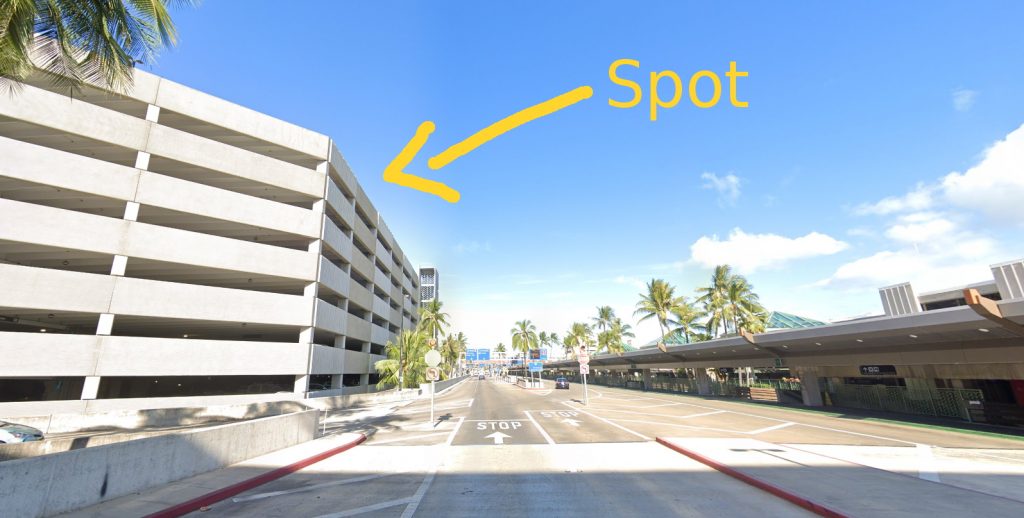 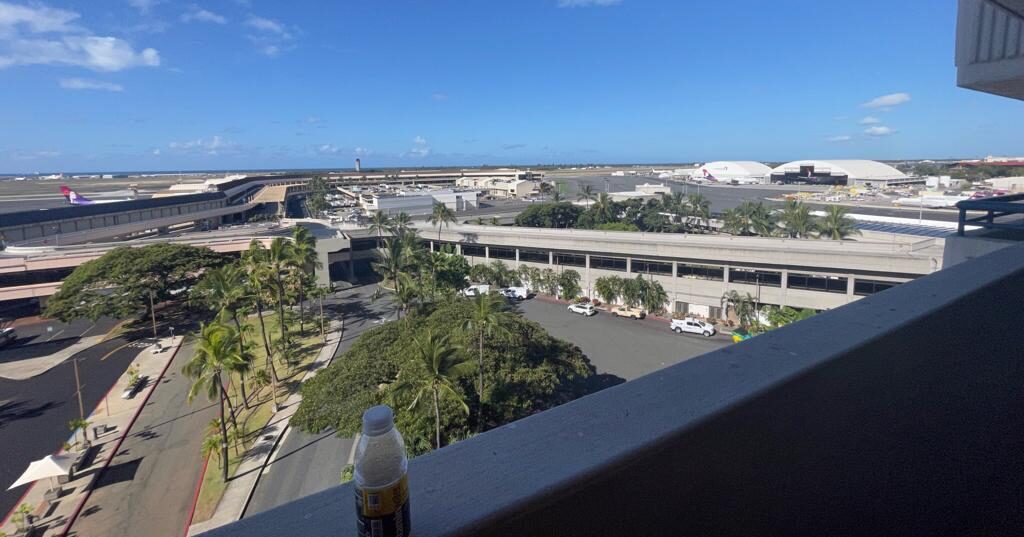 As we didn’t visit this spot ourselves yet, we can only link Andrew Hunt’s material. He made some nice pictures roughly here – THIS picture can be seen as example regarding angle/view.

Hi! I will be travelling there in Jan 2022. wonder if there are good spots to spot Hickam military traffic>>>??? Any tips would be appreciated!

Is there good spotting from kayaking in the bays or lagoons?

Never heard about this yet, but as Pearl harbor with its military facilities and traffic is directly nearby I think it will very problematic here to get around easily on the water.

On item 11 iroquois lagoon beach is available to US citizens as well. This is located on a military installation but the housing there and all beaches are public access. It a little closer to 8L approach.

In addition to your security statement I have had some run ins with the law and airport security. However after several inter actions and finally a considerate LEO he advised me to call the airport manager prior to spotting around HNL. Once you call and state you are a hobbiest photographer they will inform the airport security to leave you alone. Granted follow proper judgment and behave like you are visiting you moms house…! I haven’t been there in a couple of years so not sure if things have changed.

Thanks for getting in touch with us.
We left Iroquois point out as extra sot as we wanted to avoid problems caused by people who misbehave there. So we do not wanna force it to be closed for everyone, that is why we left it out. But thanks for heads up, therefore we added a note in the map at the marks there: “In some sources one can read that you can register at the gate to get till the beach. If photography is recommendable is another question… But example might look like this: http://www.planes.cz/cs/photo/1157720/a330-243-n380ha-hawaiian-airlines-hal-ha-honolulu-hnl-phnl”

However, I just added the advice to call airport manager in order to inform the airport security about your hobby plans.

iroquois lagoon beach- is there public parking? On the map is just looks residential. Do you enter through a military checkpoint gate?

You end up at a sort of public parking at the end of Marina Ave gor example. But you have to pass and enter thru a mil checkpoint, yes.

Really? Didn’t know it yet. Can you show us how pictures taken there look like?