The Airport of Bremen  (BRE/EDDW) named “Hans Koschnick” is ca. 3 kilometers away from the City Centre and has international Traffic to a lot of european destinations. Bremen is the capital City of the same namend Country Bremen. The Country Bremen consists of two cities: Bremen itself and Bremerhaven. The airport was founded in 1909, the first international flight, operated by KLM, landed in 1920.

The aircraft maintenance company Atlas Air Service lies next to the airport. Visitors for this company are mostly Saab aircraft as well as smaller business jets like Cessna or Embraer types. Movements for the maintenance facilities almost every day.

Frequently (check the daily shedule of Airport Bremen) there is the Airbus transporter “Beluga” Airbus A300-600ST at the Airport.

Since the close of the Regional Airport Bremerhaven the Alfred Wegener Institute for Polar Research (AWI) operate their two Basler BT-67 C-GAWI and C-GHGF (two former DC-3) are from Bremen. They have no true and public shedule!!! Most of the Time the aircraft are on a mission to one of our Poles. Sometimes both are in Bremen or only one. In Bremen the aircraft will be prepared for the next missions with instruments and different resarch equipment. Every configuration must be testet in the air. So they have sometimes a lot of testflights in the local area. The average of one flight is not constant but normally they are 1-3 hours in the air. If they start the engines in front of their hangar it needs up to 30mins before they will begin Taxi!

Sometimes the Bundeswehr (Military of Germany) and the NATO practise some Trainingflights with their Aircraft. 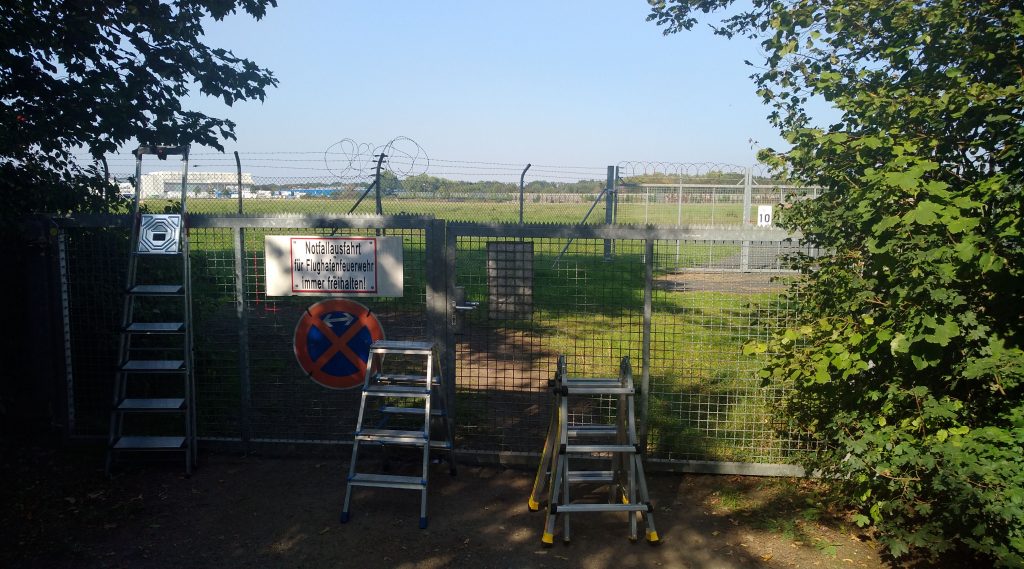 There is a possibility to spot directly between the approach lights of RW 27, although you will see the airplanes directly from underneath.
It is positioned between McFit and the Runway 27 and is called “Alter Kuhweidenweg”.
There is one spot that is enough to park one car, maybe two, so parking at McFit and walking there may be better, that is not far away.

The observation deck (Spot 1) is currently closed to the public because of Corona.

It’s re-opened since a couple of weeks