Macedonia Airport also known as Thessaloniki airport (SKG/LGTS) is 10km away from the city center and was opened back in 1930. The airport had a total number of passengers of 6,9 million in 2019.

There is only one terminal. This Terminal is used by all airlines flying to SKG. Fraport Greece will invest over 400 million euros for development works until 2021. They will build another terminal and modernize the existing one. The modernization is nearly finished (as of 10th of SEP 2020). The airline with the most movements at Thessaloniki is Aegean Airlines, a Star Alliance member. Other airlines operating flights to SKG are easyJet, Skyexpress, Olympic Airways, TUI, Ryanair, WizzAir and Eurowings. There is also a General aviation Terminal at SKG wich is operated by signature flight support.

The Airport is also used by the greek military. The name of the airbase is “Mikra air base”, where the 113th Greek Combat Wing and the 383 Special Operations & Air Fire Fighting Squadron is based. The CL-415 is the only aircraft of the military that is based here. Due to this usage, planespotters are not actually welcomed at Thessaloniki and not even really tolerated at most points around the airfield.

No photos available at the moment. Don’t hesitate to contact us if you can provide some pics from this location. 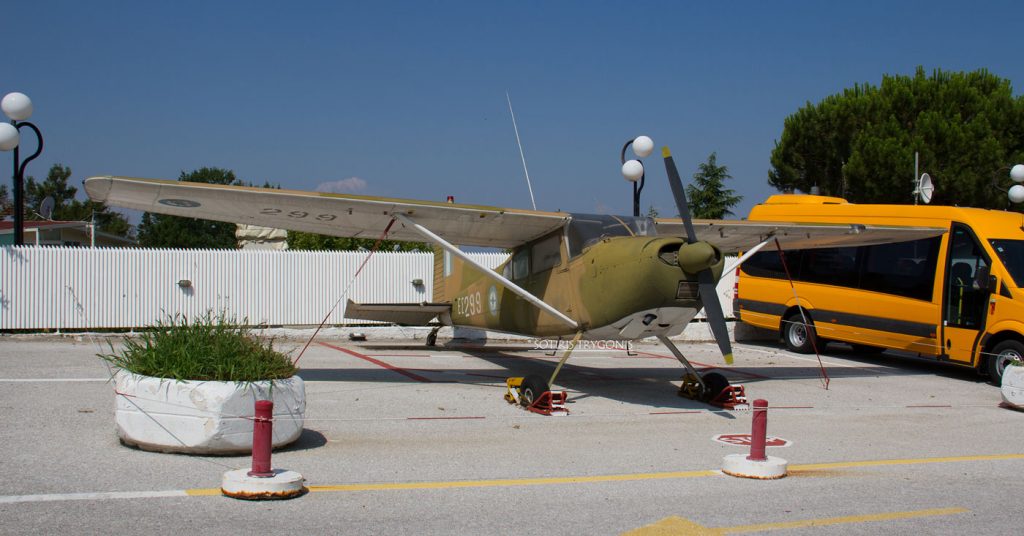 No photos available at the moment. Don’t hesitate to contact us if you can provide some pics from this location.