If you are going to visit Anchorage Ted Stevens Airport you will definitely make a short hop to Lake Hood, which is just a kilometer away from the terminal. Even if its called “Lake Hood”, the seaplane airport consist of two lakes! One is the western lake, named Lake Hood, while the other one is on the east, called Lake Spenard. Both are connected by a channel which is the longest and the major of the three water runways. Furthermore there is a gravel strip northwest of the lakes for non water planes.

More than thousand aircraft are based at Lake Hood and with an average of 170 movements each day, it is everything else than quiet. Lake Hood is the busiest seaplane base in the world!
But the only schedule air service is offered by Reeve Air Alaska opertaed by a Piper Navajo to and from Gulkana/Glenallen.

Despite visiting the spotting locations that mentioned below you can drive around the lake to take photos of the parked planes. If you do so please respect the private property of the seaplane owners and ask in advance if you can make a photo. Furthermore it shouldn´t be a problem to grant access to one the many ramps for the normal planes if you ask kindly.

Last but not least the lake is a good choice to take a relaxing break at spot #2 during the quiet midday hours in Anchorage Ted Stevens Airport. 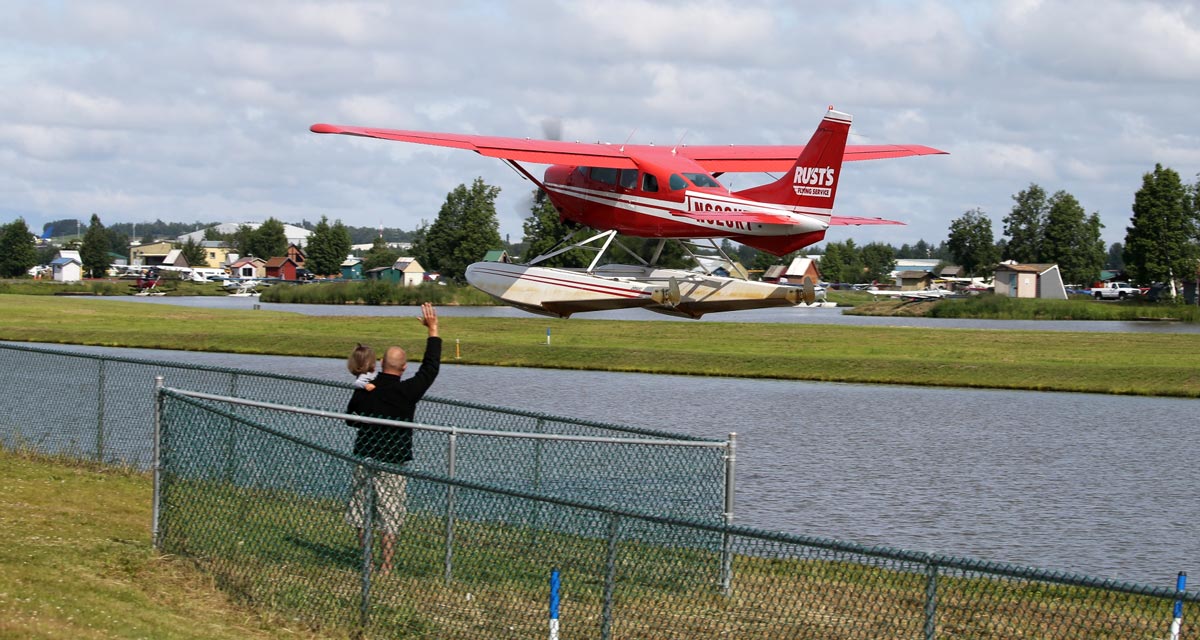