Chicago O’hare International Airport (ORD/KORD) is one of the busiest airports in the US and even worldwide and the biggest one in Chicago. It’s located 25km northwest of the citys downtown and was opened back in 1955. Originally the airport was opened as a companyairfield for Douglas during WW2, when they were building C54 aircraft here for the American forces. In 1945 the airfield became non-military and was named “Orchard Place”, which was the basic for the IATA-code, which is still used today -> ORD. But already 4 years later, the name was changed to “Chicago O’hare” to honor the navypilot Edward O’hare. During the 1950s Chicago’s other airport, Midway, were already too small for its grewing traffic, that’s why some traffic was hand over to O’hare and this airport was developed to the city’s main airport for the future. So back in 1955 the first scheduled flights started at ORD; first just the international flights and from 1962 on also the domestic ones and with this addition, Chicago O’hare became the world’s busiest airport in this time. With the time, more and more terminal(extension)s were opened and new runways were built at ORD and because of this, the airport handled almost 80 million passengers in 2017 all in all.

ORD offers a lot of cargo traffic and this one is quite various. You can see more common carriers like FedEx or UPS, but also some rarer ones like Western Global Airlines, Skylease Cargo or AeroUnion. The types are (depending of the airline) varying between B747s, DC10s, MD11s, A300s and B777s.

The passenger traffic is also quite mixed as the cargo traffic. It consists mainly of American Airlines and United Airlines flights (with all their daughtercarriers), but apart form those ones, you’ll have a few more American carriers like Frontier, Spirit, Jet Blue or Delta and also smaller ones like Cape Air. On the other hand you’ll see some International airlines, too, mostly European ones like Lufthansa or British Airways, but also some more uncommon ones like Air Italy or Euroatlantic (opf. LOT). Apart from the European ones, you’ll also see some Latinamerican ones like Aeromexico or Copa, but also the ones from northern territories such as Air Canada. And last but not least, the Asians like Hainan, ANA or Korean Air Lines. All in all you can say, that the traffic is already quite varied for US airports and the best thing here is, you have many flights a day so a lot of new registrations, if you collect them!

Unfortunately we can’t provide any example pictures from this spot, but pictures taken from here look like THIS.

Both overview shots were taken from the top floor. For a detailed shot of the marked area on the shot below, please scroll down to the second overview shot: 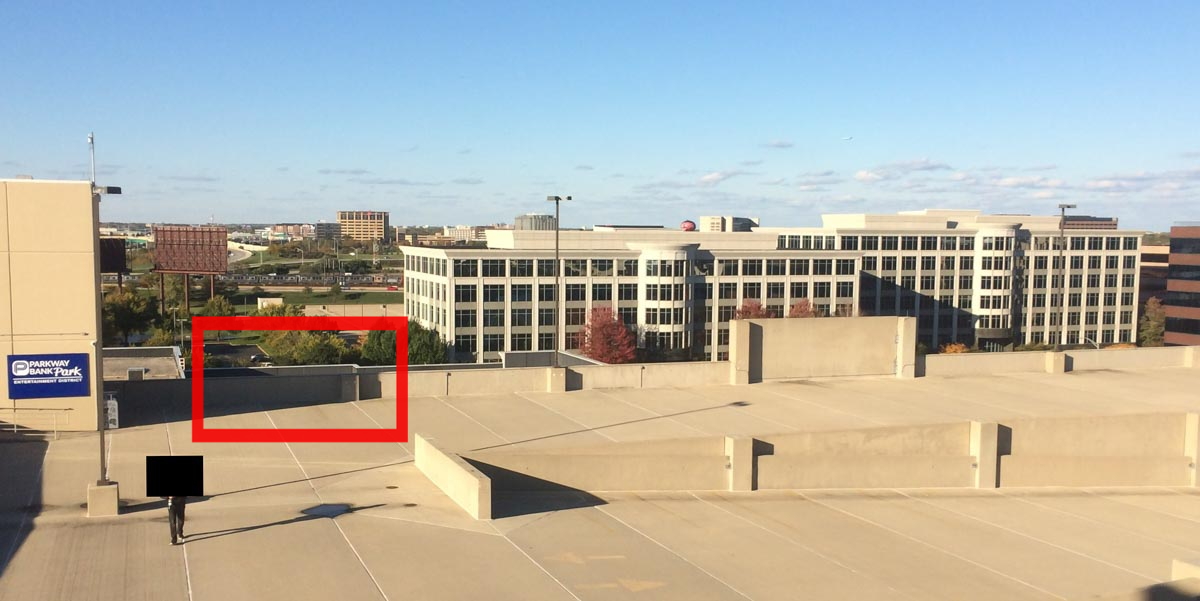 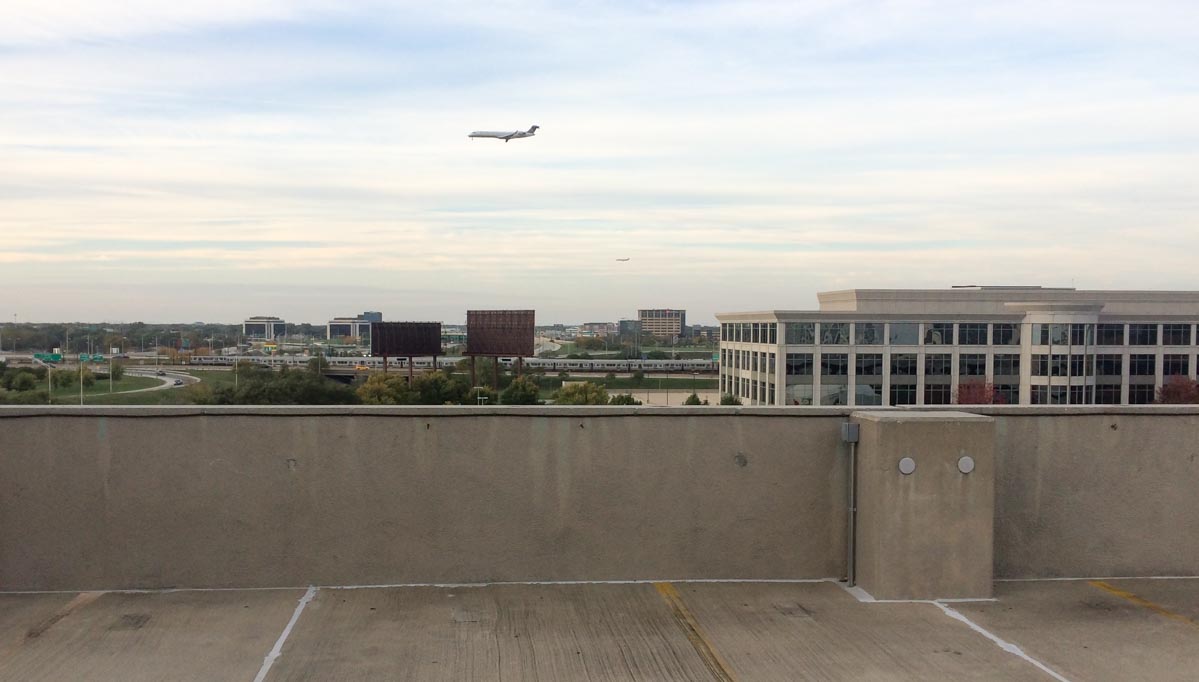 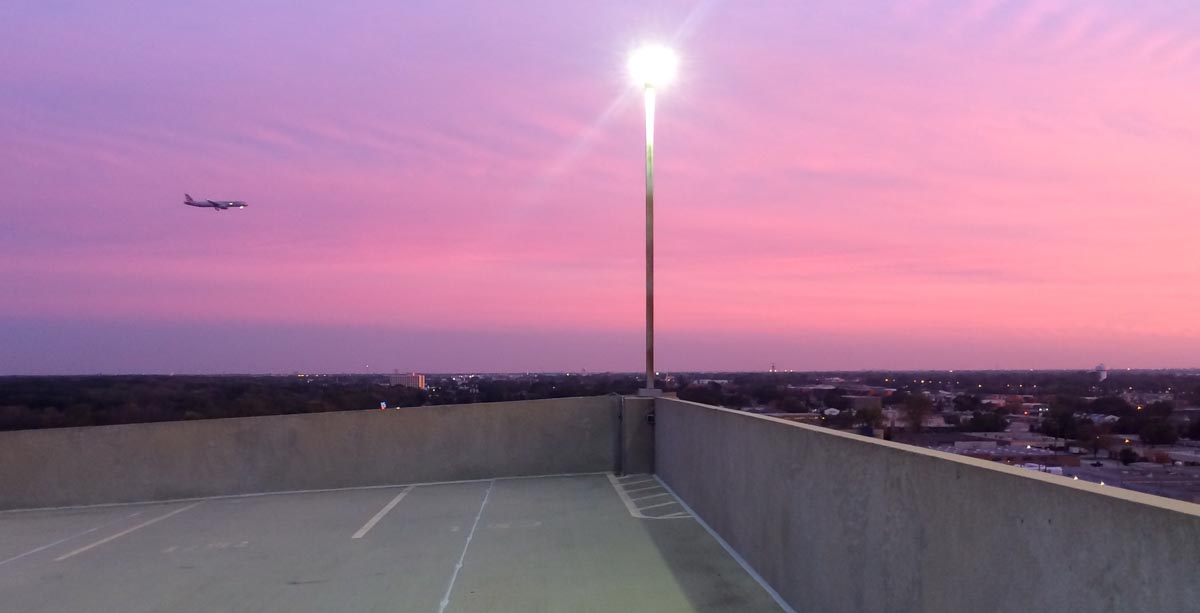 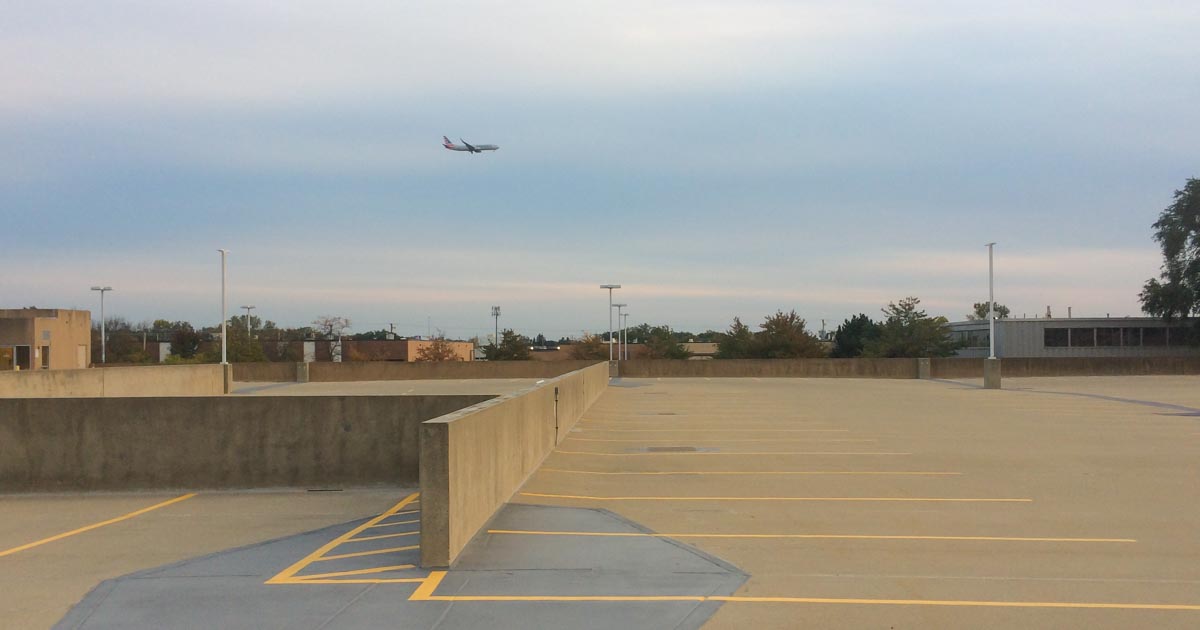 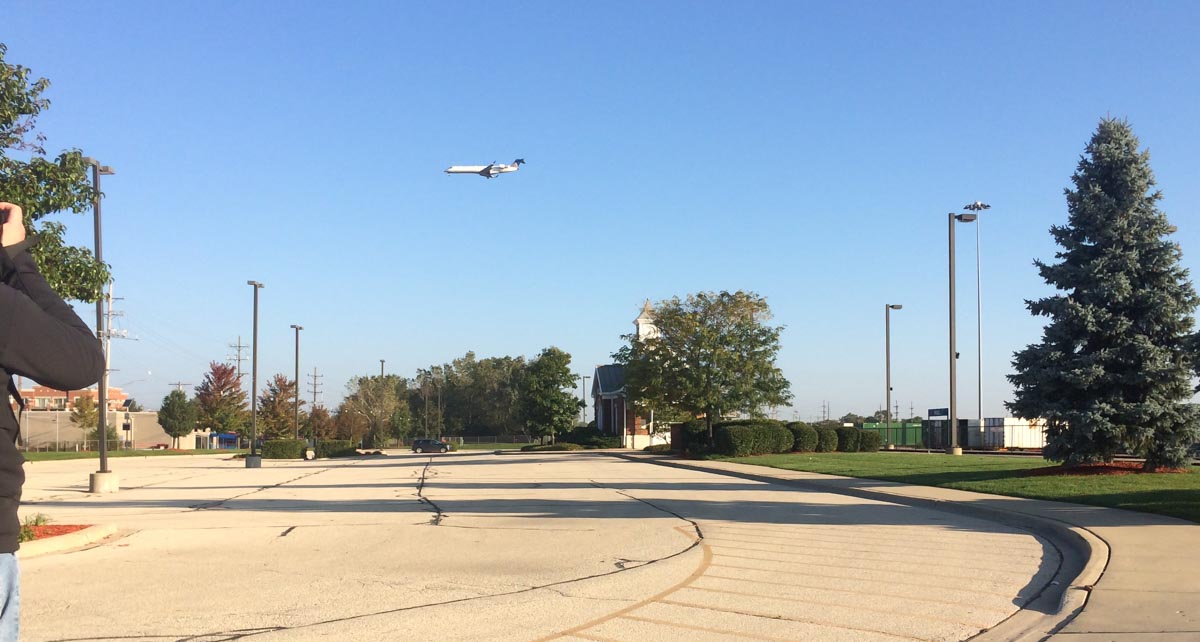