The building was added to the National Register of Historic Places in 2005, preventing it from being demolished.
For almost 16 years, the building was empty but finally there is an end in sight. In December 2016, the terminal was converted into a hotel and the completion is not far away. Bookings are now possible, starting from 15 May 2019.

At the heart of the hotel will be the original TWA Terminal now with the hotels lobby, resaurants and bars. Amenity kits, pen and pad carry the original TWA corporate design and put the guest back in the 60s. Around the former TWA Terminal are two towers with a total of 505 rooms and a conference center. Hotel prices beginning at around 200 USD/night.

Another centerpiece is the 10,000-square-foot rooftop observation deck with a pool and and outstanding view of the ramp action. The area is even accessable for non-hotel guests! Be sure to make a table reservation in advance!

Non-hotel guests can make reservations at The Pool Bar to order refreshments and swim in the pool between 11 AM and 8 PM. 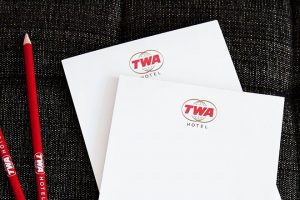 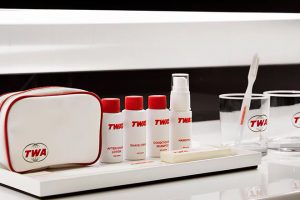 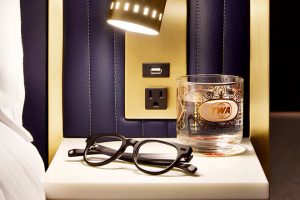 Bookings and all necessary infos can be found on the official website.

Featuring a perfect sight of the apron

The heart of the hotel is the former TWA Flight Center 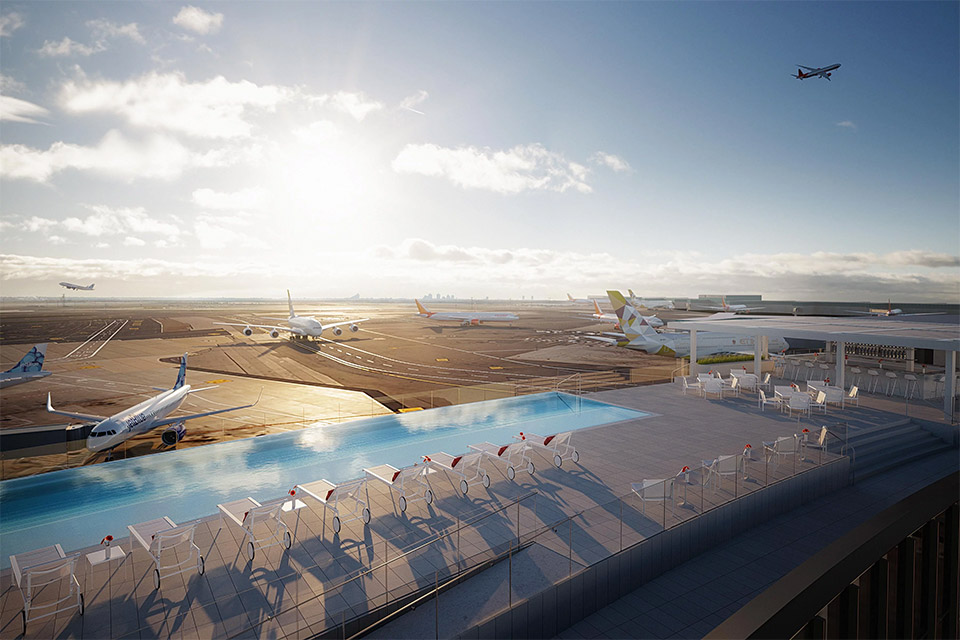