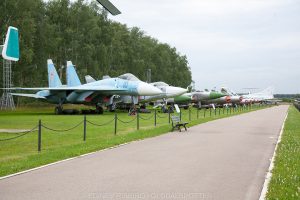 One of the most iconic aviation museums in the world, undoubtedly, is the museum of the Soviet Air Force (Central Air Force Museum) in Monino. It is located about 40 kilometers from Moscow near Chkalovsky Airport, at the units of the Yuri Gagarin Military Academy Monino. The Russian Air Force academy was founded in 1958, but the museum's collection began in 1940 and from there on it was being added more and more airplanes. It was opened to the public in 1960 and it was necessary a permission from the Russian authorities to visit it, but today, this is no longer necessary.

There are rumors that the museum may close and have to change places. But as you can see when you visit the place, most aircraft do not fly anymore, so many would be dismantled and if they would loose those eagles forever, it would be a disaster. We hope that will not happen! While visiting the Museum it is noticeable that the aircraft are not well cared and are deteriorating over time. Thats because they are outside and not covered and facing the harsh Russian winter. Preservation practices are notoriously improvised with untrained people, paintings and patches on the aircraft make that clear. Arriving at the museum you pay something around 5 dollars and enter a hangar called Tsentral'nyy Muzey in this place you will find several Soviet fighters from 1920 to 1940 and a lot of history.

How to go to the museum:

The most common way to go to Monino is by train. From the Yaroslavsky Station in Moscow, take any of these trains (7326/6612/6602/7332) to Monino Station. Costs around 3 dollars and the trip lasts around one hour. The museum is 2 kilometers south of the station. When leaving the station you can take a Uber or bus that stop directly in front of the museum. To get back, leave the museum and stay on a road where you can take the bus to the train station or call Uber, which is not so easy, since the museum is in a somewhat remote area, I walked back to the station, something around 30 minutes and I could see some statues of Comrade Lenin on the way.

The collection of the Museum:

Before going to the planes on display outside, there is hangar 1 at the entrance, with some warbirds from the 20s to 40s. The history of Soviet aviation is explained through maps, uniforms, furniture etc, it is worth staying a while here. 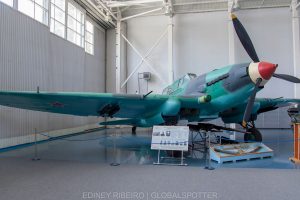 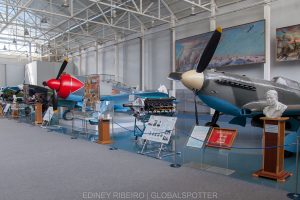 You will find something about 170 aircraft and helicopters of the former Soviet air force, especially the Sukhoi T4. This aircraft is made of stainless steel and titanium, reach mach 3 and was built to be a bomber and espionage plane. Another highlight is the world's largest helicopter Mil Mi 12, this very well preserved and it is something amazing to see this gigantic helicopter. Imagine it is weighing more than 100 tons! Furthermore I was strucked by a perfect copy of the American Bomber B-29, The Tupolev T4, it is impressive how the Soviets copied this aircraft in perfection. 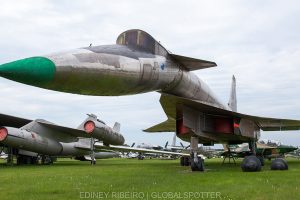 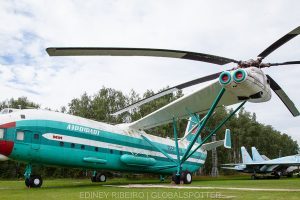 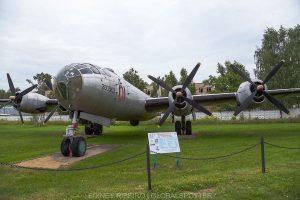 There is a second hangar, with very strange aircraft built at the beginning of the last century, such as bombers and fighters. 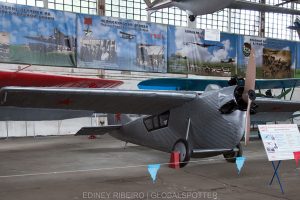 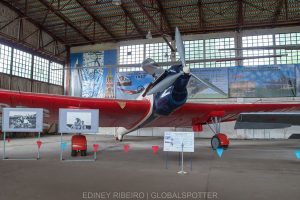 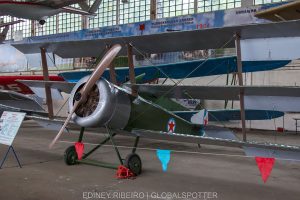 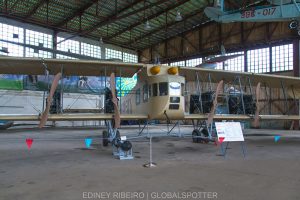 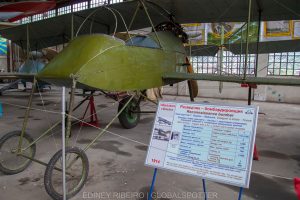 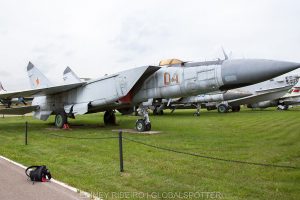 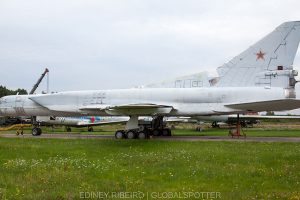 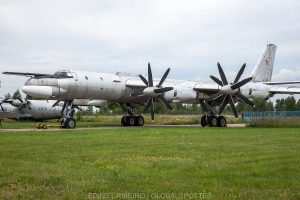 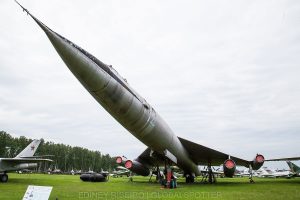 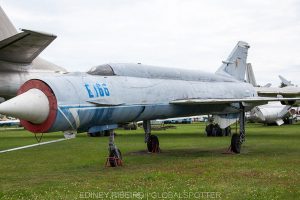 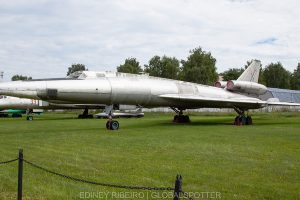 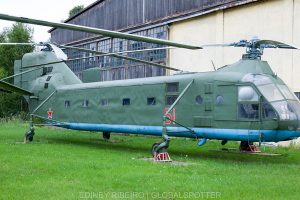 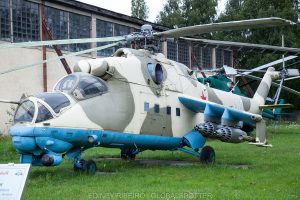 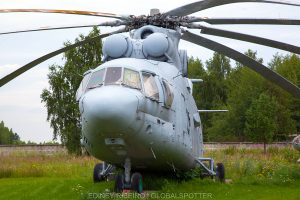 Very well preserved is the iconic, fastest passenger transport plane ever built, the Tupolev Tu 144. Plus we also have the Tupolev Tu 114, Ilyushin 76 and Antonov An 22. 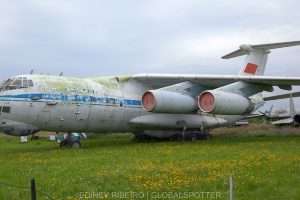 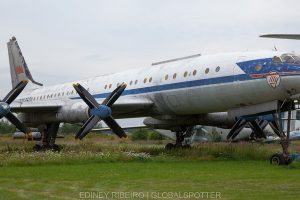 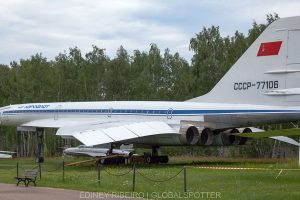 This is just a small selection of aircraft on display and there is much more to explore. At the exit / entrance of the museum there is a place for you to buy souvenirs, models, t-shirts besides toilets and a snack bar.