After ANA received their first two A380 last year, they now awaited their third Airbus A380 for many months. In a few weeks, the aircraft with the construction number 266, will finally depart the Airbus factories for the last time and start its service in for the Japanese airline All Nippon Airways - also familar as ANA - to Hawaii soon. We were luckily able to be among the first ones to be able to see this beauty finally fully painted in the colorful dress on the 24th of January in Hamburg at the Airbus factory - what a stunning and very cute outfit! 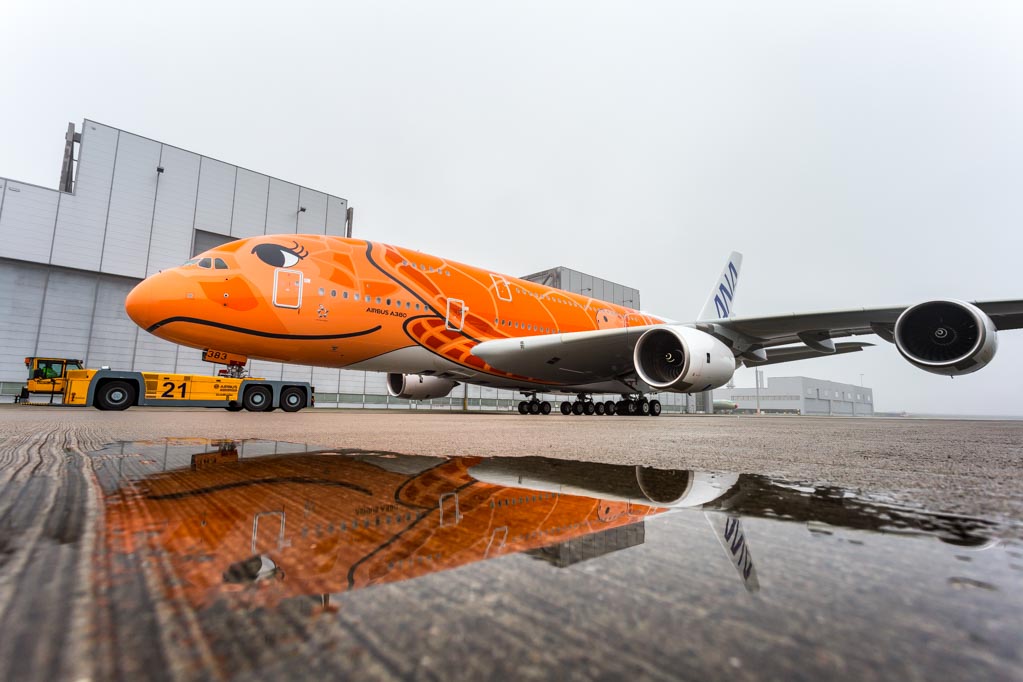 With this airliner the airline will complete its triplet - not only of aircraft, also of liveries. As ANA painted every of its Airbus 380 in another livery, this small super Bus fleet is something unique for sure. While A380 number one is wearing a blue scheme and thereby standing for the Hawaiian sky, number 2 is colored in an emerald green tone and is therewith dedicated to the beautiful, colorful ocean surrounding the American islands. Well, the third airliner of its type received this orange dress in order to symbolize the beauty and colors of the Hawaiian sunsets. The livery was done within 17 days and Airbus needed 16 different colors in order to create this flying masterpiece. She really seems to like her dress and to be part of the ANA fleet soon, but the carrier also seems to be be proud of her as she was even shining beautifully in the poor and grey winter weather: 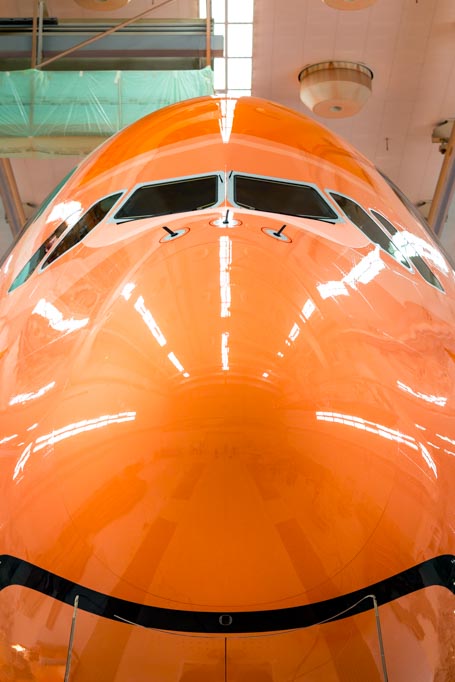 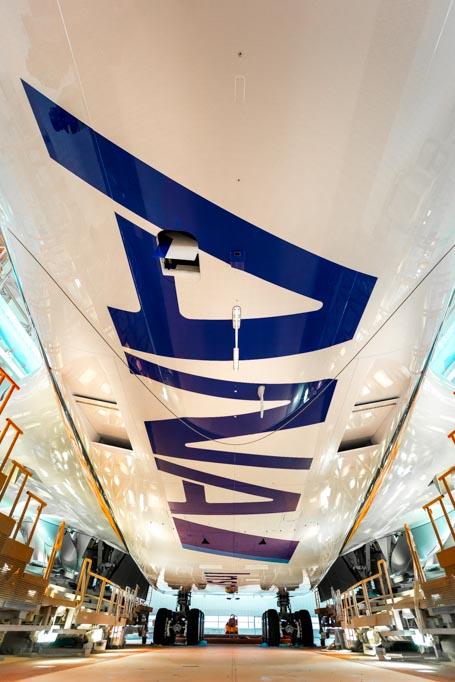 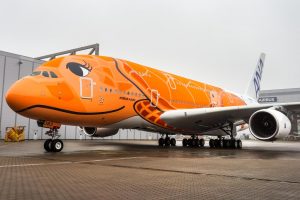 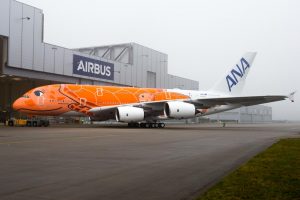 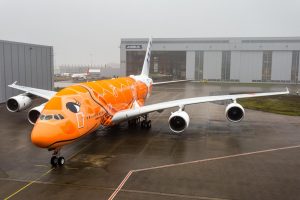 As you can see, All Nippon Airways dedicated its A380 fleet completely to Hawaii. The reason for this is the increasing interest and passenger numbers in Japan as the island group in the Pacific ocean is among the most important and most popular destinations for tourists. That’s why ANA is going to serve its Hawaii routes mainly with its new tourist flagship as they are already doing now on a daily basis. The Japanese carrier is connecting the cities of Honolulu and Tokyo - the flight to the west takes almost 9 hours whereas the service to the east is mostly done within in a bit more than 6 hours. And since their A380s are all dedicated to another part of Hawaii, the vacation already starts onboard the aircraft with its special feeling since the first flight of an A380 to Hawaii in May 2019 - what a huge shuttle it is: 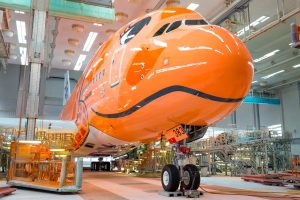 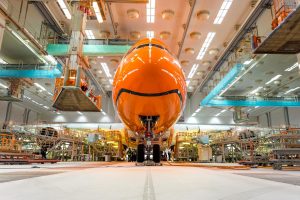 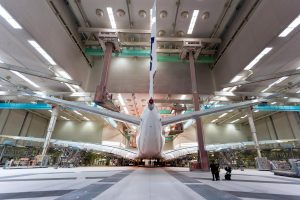 ANA received its first A380 with the picture of a blue turtle only on the 20th of March 2019 and was thereby the last carrier to start operating the A380 newly. While the second aircraft of this type for ANA featuring the colorful emerald green animals had its delivery in May 2019, now finally A380 number three is getting ready. Earlier in its aviationlife, this aircraft flew for the first time on the 10th of October 2019 when getting ferried to Hamburg to be stuffed with its orange turtle character livery - this A380-841 still arrived in its original primer livery. After it got its colorful scheme now, the aircraft will be fitted out and after a few upcoming tests and flights it is probably going to be delivered in the second quarter of this year and will join the ANA fleet as last new A380 with all the cute details featuring turtles: 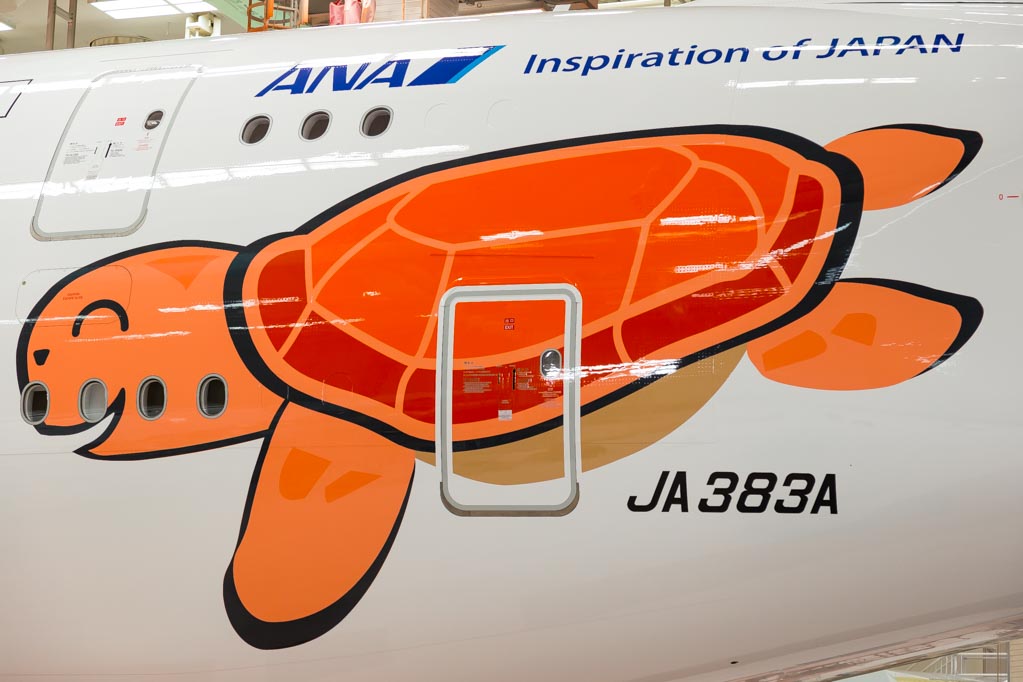 The baby turtle seems to enjoy the ride on the back of this A380. 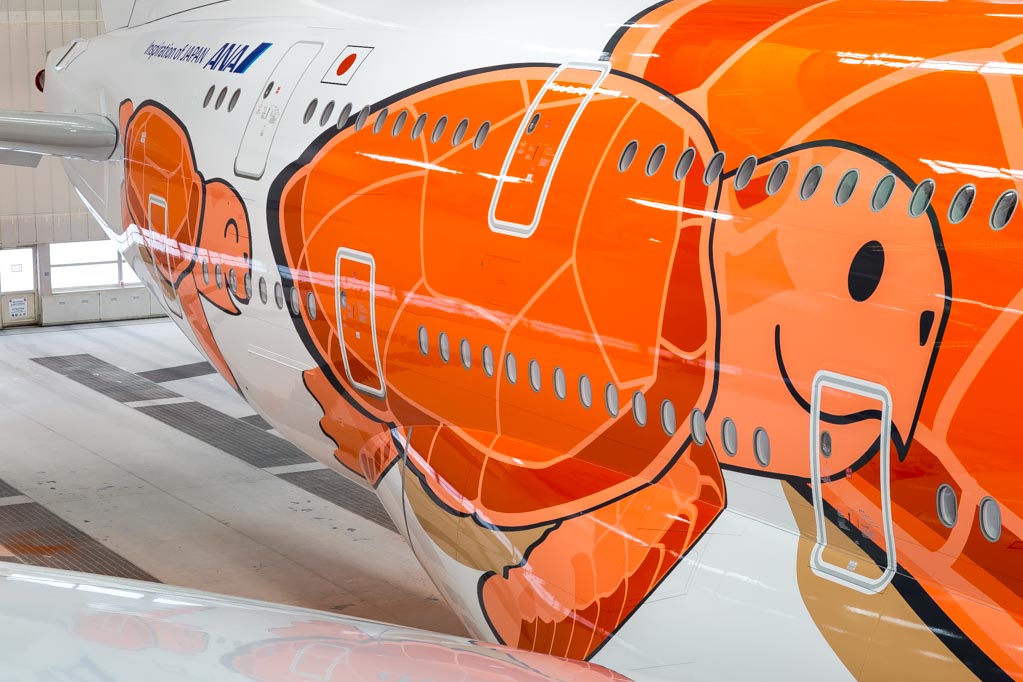 All in all the fuselage features five turtles such as these two. 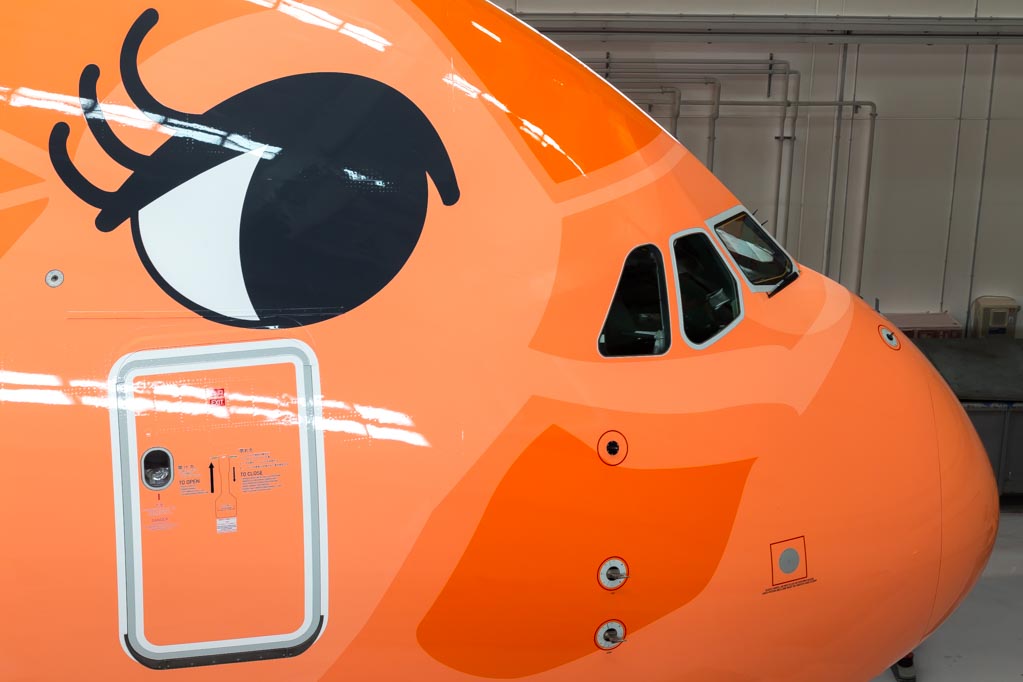 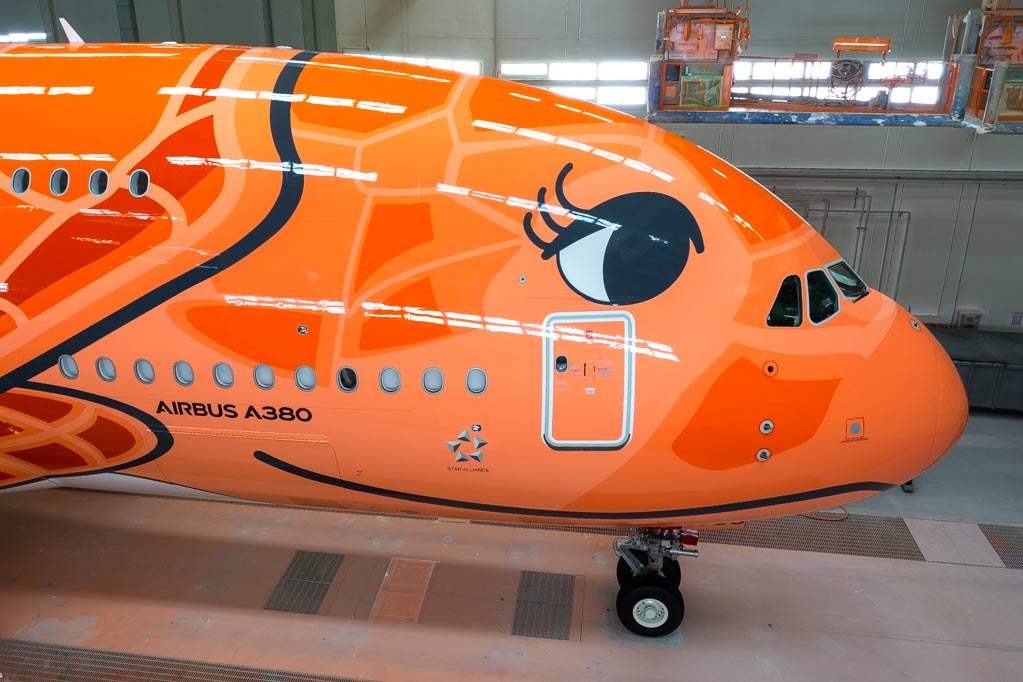 However, this aircraft is not only the carrier’s last A380, because it is also among the last ever built aircraft of its type. As Airbus decided to stop the production of this super Bus recently due to a lack of interest, this A380 is among the last 10 airliner, which has two decks on its full length, to be built. From now on, only 6 more A380 will follow for Emirates till Airbus will close its A380 production-line in 2021: 16 years after the first flight of an aircraft of this type.

That’s why we were even happier to be able to be among the first ones to see this aircraft in its final livery although it is still wearing its testregistration F-WWAL. Soon she will be ready to take off and enter service for ANA as JA383A...