In March 2019, Erfurt/Weimar airport was finally able to announce that a new carrier is going to serve this German regional airfield soon. Because as of the 16th of June, the Austrian low-cost-carrier Laudamotion opened a new route connecting Palma de Mallorca and the capital of the province of Thuringia, which is located in the middle of Germany, twice a week.

Thanks to this announcement the airport could upgrade its flightplan, which was very important after Germania - a German carrier, which was responsible for most traffic at ERF/EDDE so far - went bancrupt in early 2019. That's why Laudamotion and the airport were both happy to be able to offer flights to the most popular holiday region for German travellers every Wednesday and Sunday eff mid-June 2019. With these new flights, Laudamotion made another step as the main Palma carrier and Mallorca specialist for all over Germany and even Europe. Thus the airline is even able to offer cheap flights from 24,99€, which can be booked on Laudamotion's website. 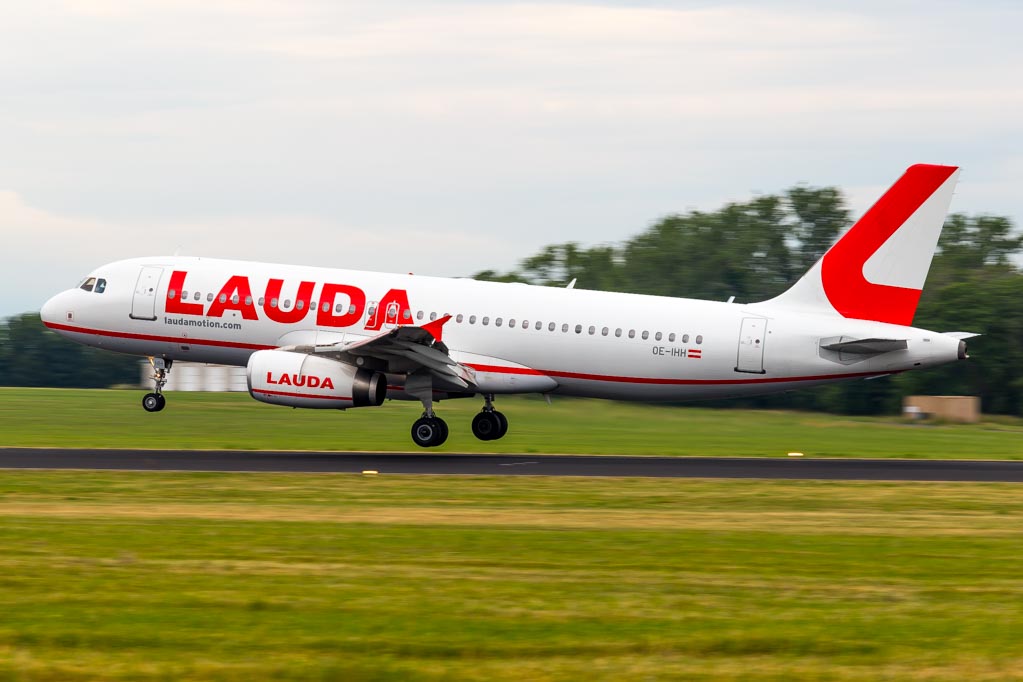 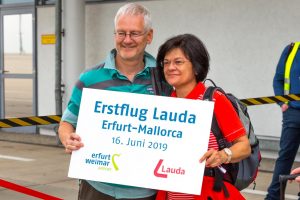 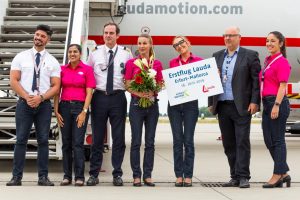 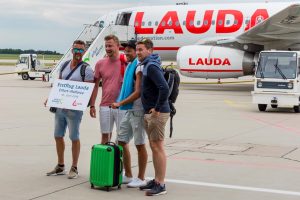 After the Laudamotion's Airbus A320 has touched down at Erfurt in the late afternoon, it was welcomed by many visitors and passengers, who were aleady looking forward to board their shuttle into the sun on this sunday afternoon back to the island of Mallorca. After the aircraft was deboarded, the crew and several excited guests poosed with the inaugural shield while getting onto the aircraft flight.

But first one had to get used to see this new carrier at Erfurt/Weimar airport now with your eyes and thru your cameras as we did our work while the aircraft was getting ready and taxiied. 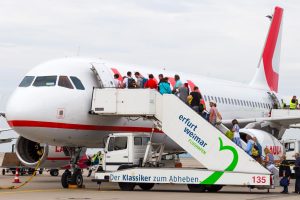 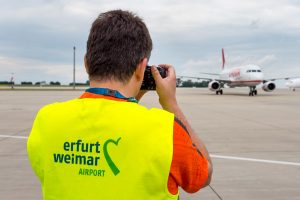 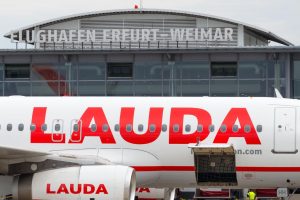 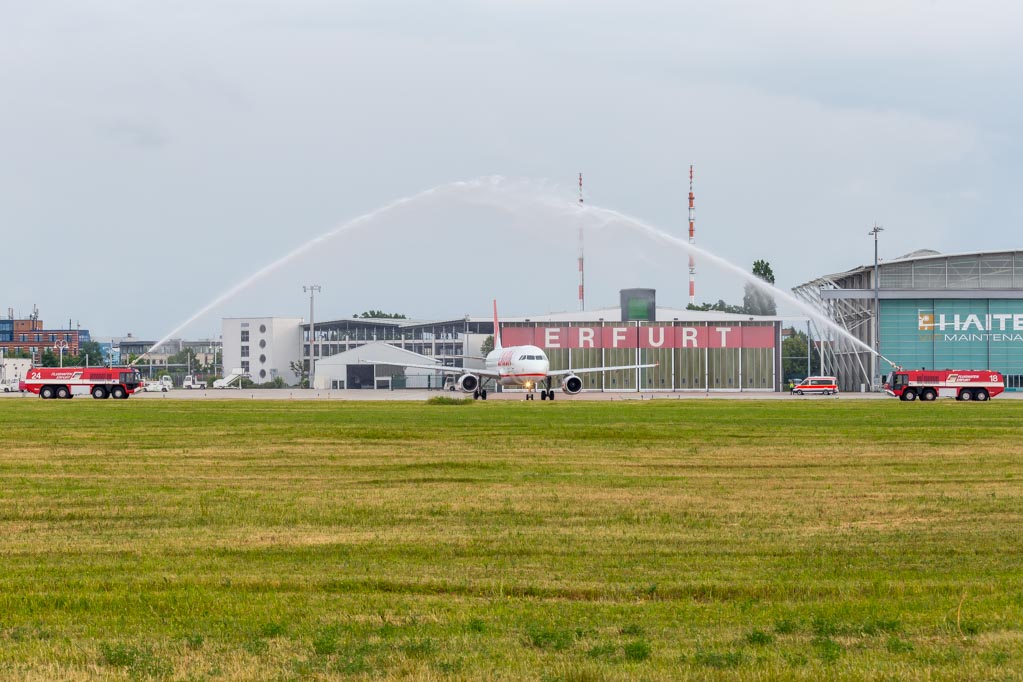 After a short turnaround, the Airbus A320 - registered as OE-IHH - was soon ready to leave the overcasted Germany towards its sunny destination in Spain. As usual, the inaugural flight was celebrated with a water salute done by the airport's firefighters, marking the beginning of a long and successful future - hopefully. So we wish these partners all the best and hope to see many more flights and years of Laudamotion services at Thuringia's biggest airfield in the heart of Germany: Erfurt/Weimar Airport

We also want to thank the airport's media center, which made this shooting possible and let us join the route's opening ceremony!