Kansai International Airport (RJBB / KIX) is the international airport of Osaka and the Kansai region (including the cities of Kobe, Kyoto and Nara). The airport is located approx. 50 km south of Osaka on an artificial island in Osaka Bay, near the city of Izumisano to which it is connected by bridge. About 28 million passengers are handled per year.

The airport was opened as Japan’s first offshore airport in September 1994. The second runway was opened in 2007, while a new low cost terminal was opened recently. ANA, JAL and Jetstar Japan are common sights at KIX. ANA subsidiary Peach Aviation is based here. The major carriers of the Far East serve the airport as well as various smaller Chinese and Korean operators. Long Haul operators include Air France (777),  Finnair (A350), KLM (787) and Lufthansa (A350 from Europe, Emirates (777) from the Middle East, EgyptAir (only occasional Charters, 77W) from Africa, Delta (767) and United (777) from the U.S. as well as Aircalin (A330), Air New Zealand (787) and Jetstar (A330) from Oceania. Japan Coast Guard operates a Saab 340, which is based at KIX and can therefore be seen here quite often. Good weather is common at this airport, but during the hot summer months you sometimes have to face misty conditions. 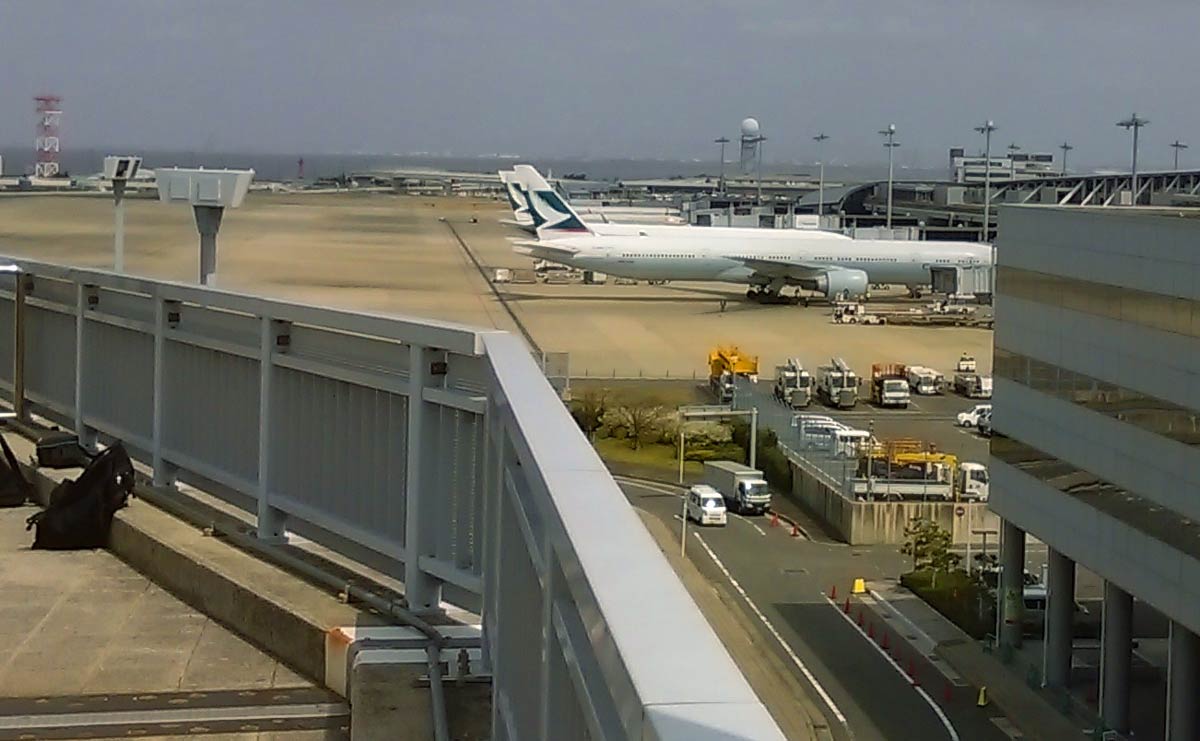