Besides Suvernabhumi, Bangkok’s Don Mueang Intl. Airport is an important gateway for Thailand’s capitol city. The airport has been closed closed in 2006 but has been reopened just one year later to handle the upcoming low cost traffic. Thai Air Asia, Thai Lion Air and Nok Air are the main carriers and due to its colorful liveries its always worth to make a stop at this place.

Before it’s closing in 2006 the Bangkok Don Muang International Airport (later renamed Don Mueang) was the main international gateway for the city and handled all of the traffic, which then moved over to the new Suvernabhumi Airport. After its reopening in 2007 for some domestic flights the airport became really busy again in 2012 when all of the low-cost carriers moved over from Suvarnabhumi to reduce congestion there. As of 2017 the airport handled almost 38.3 million passengers. Due to the airline separation between the two Bangkok airports you will not find any of the flag carriers with long-haul flights here, but only a handful of low-cost airlines. Most of the traffic is generated by Thai Air Asia, Thai Lion Air and Nok Air. Furthermore you will find occasional flights by Orient Thai, AirAsia and Scoot. Especially Thai AirAsia brings in quite a few specials colour schemes, which are very easy to catch here.

Additionally the Royal Thai Air Force has their headquarter at the premises and that means that most of their fleet is based here. They always operate from the military runway (see below) and if you are a bit lucky you can catch a few of their planes. You should be warned about two major disadvantages about spotting in Bangkok, but the traffic definitely makes up for these shortcomings.

Furthermore the Royal Thai Air Force Museum is located on the eastern side of the airport in walking distance to Spot #4. The museum is open daily (except national holidays) from 9 AM to 4 PM (as of 2014) and entrance is free. You will can find a same smaller airplanes, but also bigger ones like the Fairchild C-123 or Boeing 737-200 in the museum. Most of them can be shot quite well, but there are also a few which a too crammed in.

As Bangkok lies in a tropical dry and wet climate zone you will very rarely see clear blue skies here. It is very common that the sun is only comes out 30 minutes or even an hour after sunrise and it also disappears way before sunset in the haze. Furthermore the spotting locations at this airport are a bit far from the action, so you will need a good lens for shooting here. 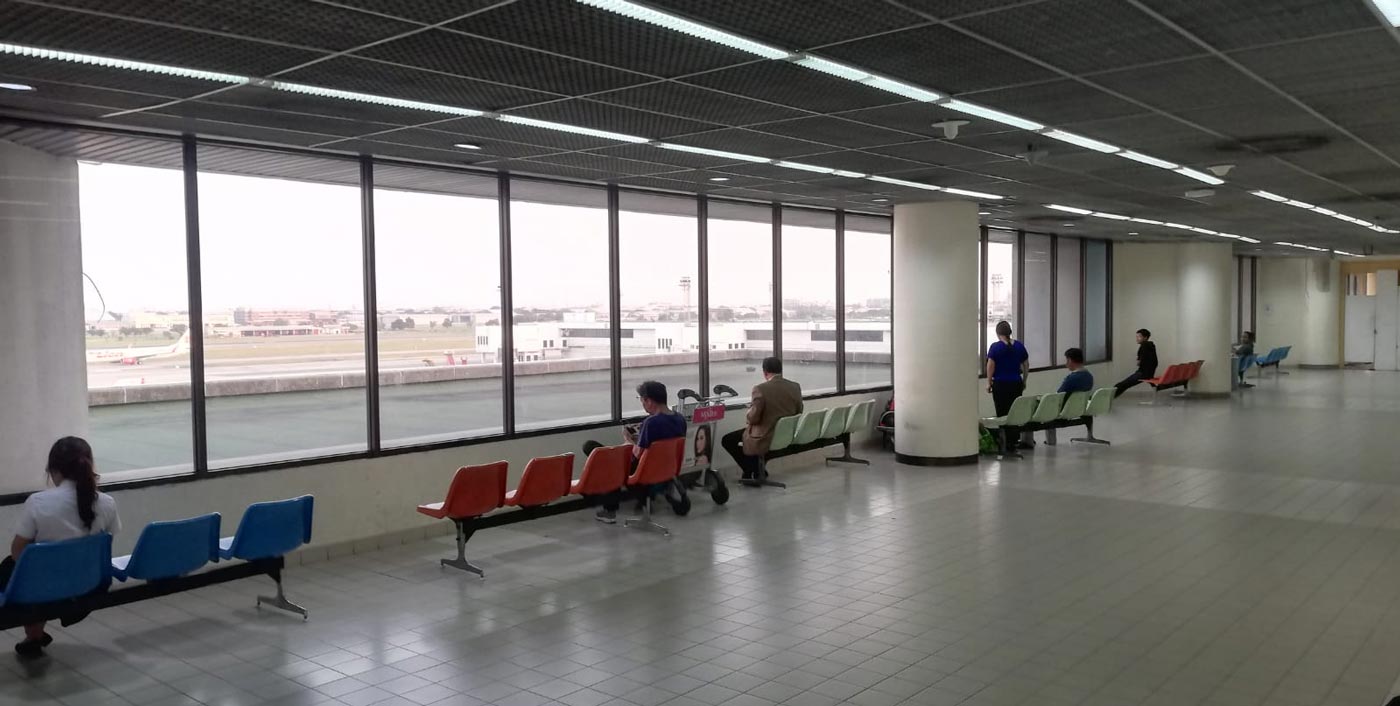 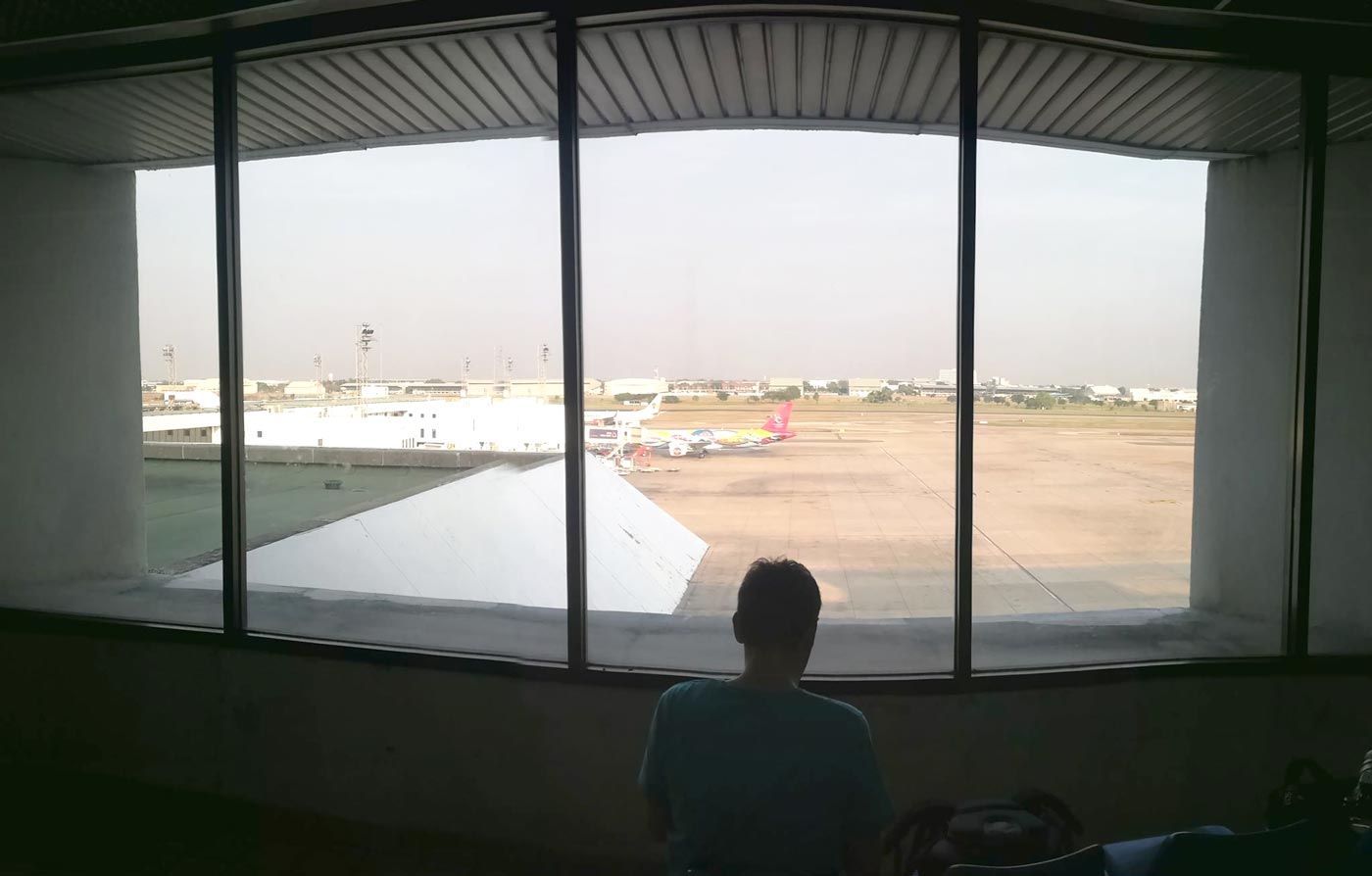 Pictures from the field spot 2A:

Pictures from the field spot 2B: 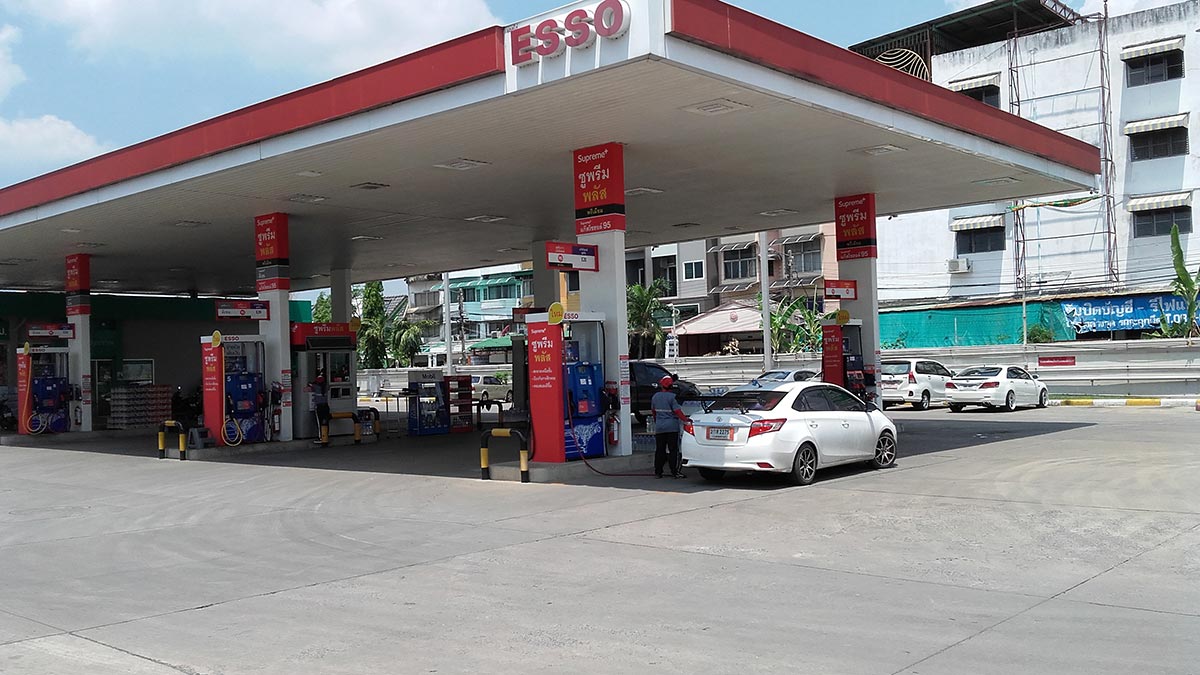 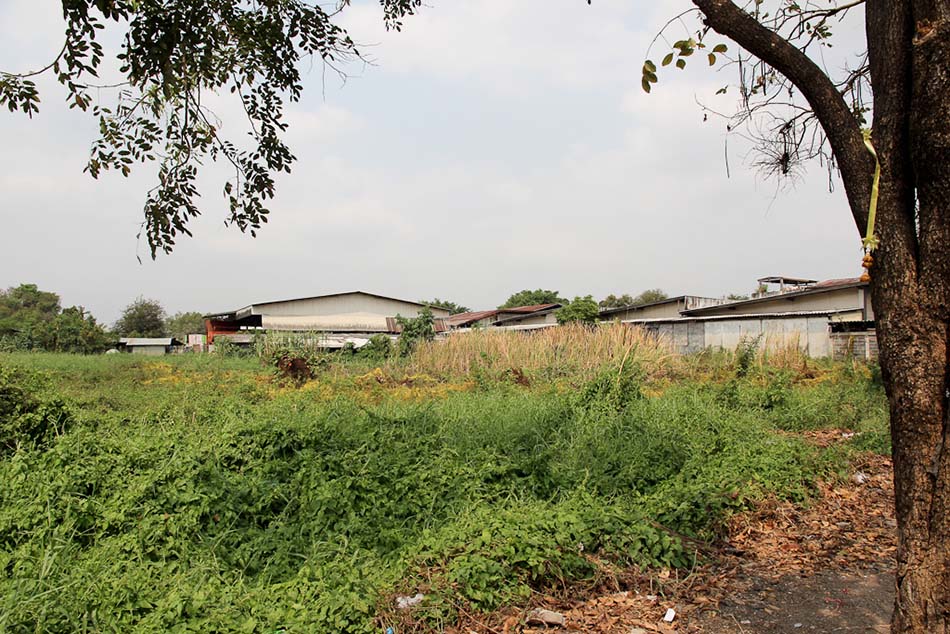 I would like to add another spot for arrival runway 21L/R. It is an alleyway next to the Thai airways maintenance team, though this part is a private area and I strongly recommend to keep a low profile, other than that you should be fine as I spent a solid 1 hour at this location. The location is https://goo.gl/maps/Thr1HBqgPeCco9na6 , there are trees next to the lake that you can hide under the sun, best time js during 15:00pm local time to 18:00pm. A 250mm lens would be enough. It is best to let the taxi drop you off infront of the maintenece team then take a walk in, but on that day I was brave enough to drive in and park next to the spot, a bold move isn’t it. I will attach a photo from this spot, other than that, enjoy this location.

Would be nice if you can hand over some photos to support@spotterguide.net 🙂
Thanks, Julian

did attach a photo but somehow it didn’t made it through, will send you the photo :).

Spot number 2 “unnamed road”, I am a local spotter at BKK but I sometime also do spotting at DMK, unfortunately, the factory owner have closed the fence perminently and there is no way to get over the fence. You can stand infront of it, there are also a lot of parked car there which can get in the way. The locals there seems familiar with me when I told them I am a planespotter, so I am guessing you won’t have any problem with this spot. But please keep in mind though that the powerline can prevent you can shooting at a certain angle. Enjoy! 😀

I guess you are talking about Option 2B in this case. I will remove it. The footpath between spots 2 and 3/4 is closed as will, right?
Thanks, Julian

That’s right sir, you now cannot walk through spot 2A/2B. I don’t know about spot 3 and 4 as I don’t find the spot as good as the others, so I can’t say is it closed.

I was at the airport on june 27th and the observation deck was closed. There is a window behind the restaurants where you can take some pictures. The staff did not know when they will open the deck again.

Thanks for the info Leonardo!
-Julian

Hello Im a local spotter in Bangkok, the right wing of the observation deck is confirmed to be closed however the other side (the one furtherest away from the domestic terminal) remains for the public. However due to the pandemic, the AC is not on and can be very hot.

Good to know and thanks for the hint.
-Julian

Hello there. can i have your Social Media Account so i can contact you if i want to go planespotting in bangkok? thank’s before

I spent a full day of spotting at DMK last month. Runway 21 in use. 21L was never used for airliners to land, only military/Government airplanes. I didn’t exactly stay at spot 3 during morning. Just north of the petrol station there’s a pedestrian bridge and I stayed on it to take photos. Very few people use this bridge to cross the busy road, plus you will avoid a lot of electricity cables. And you can see traffic on final. Planes for 21L will pass right overhead you.
During afternoon I used spot 2A. You will have to “fight” a bit with the electricity cables to make photos but it’s allright. Spot 2B offers clear views, but movements on 21L are too far away. On spot 2A you can take photos of 21L with 400mm or more, and even though I’am not that much into military planes, I’ve to say I was amazed with the few planes I’ve saw landing here!
I don’t remember seeing any signs inside the terminal phorbidding photography. I did not tried it as I was very happy with all the photos I got the day before.

I spotted from spot 1 last month with a mate of mine a police man came up and he took photos of our passports and left us alone ,we were spotting there for 5 hours and encountered no problems .

Went to Spot 1 this morning, No Photo signs is still not there. Did about 2 hrs of spotting in the morning.Had no issues with light and reflect thru the windows. A great thing is you are with AC, which during this hot season is really a plus. Did about 22 nice pic of NOK 737, and Q400, and 3 or 4 Air Asia in different liveries.

Thanks for this useful site. I have been to the museum many times visiting every other year since 2002. We are going back in Oct/Nov and was keen to go and take some pics from point 4 but concerned if there are any issues from outside police ? If there’s too much risk will just go to museum and leave it at that. Can anyone provide guidance on this please ?

Hi Kevin, we never heard that you get issues with security while taking pictures at any of the spots mentioned above. These are well known spotting positions so enjoy your stay.
-Julian

Hi, for my part I recommend having a low profile on the point of spot 4. I had the opportunity to test spot during the week in January. During my stay, a patrol of the military police stopped several times at my height and took my picture. Otherwise nothing more.

Do you Have Any Recomendation On Hotel that has Runway View/ Apron View?

Hi Marko, can you please use this form and send us some photos from the spotting positions so we can add it to the guide.

Update 02/2018
Was at the spotting location Terminal 1, signs “no photos / Videos” still existing.
Used a low profile during spotting and was able to get some pictures without any problems. Stayed roughly 70 minutes hasslefree…

I transited thru DMK last week and had two completely hassle free hours taking photos airside at the end of one of the piers. Didn’t see any signs saying “No photography” and was approached by nobody.

Was there landside in March. There were no signs and I was undisturbed for about three hours. Looks like a food court is being built which will join the two viewing areas.

Just returned from a visit to DMK in Februaru 2019 and there are no “No photos / Videos” present at either viewing deck. Spent the whole day there with no issues.