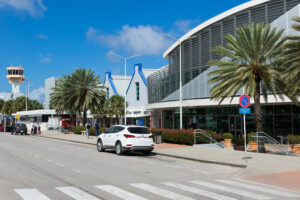 Clear, blue water, sunshine, and the typical Caribbean flair – Welcome to Curaçao! It is the largest of the three ABC islands (Aruba, Bonaire and Curaçao) and it also offers the largest airport in the region, by the way also the longest runway in the entire Leeward and Windward Islands being closely followed by Aruba and Saint Maarten.

This long runway enables the airport to handle widebody jets which arrive daily from Amsterdam! KLM regularly pays a visit. Also TUI jets bringing passengers from Brussels and Amsterdam and Air Belgium operates from and to Brussels with Airbus A330-900 Neo equipment.

But not only the Dutchman beat a path to the island, there are also many vacationers from the US and Canada coming along also very frequently! American Airlines, JetBlue, United, Air Canada (operated by Air Canada Rouge), Sunwing (summer only), WestJet have been serving the island since decades now (except the new Canadian start-up Rouge).

Also quite some airlines from the Caribbean and Middle- and South America have services to Curaçao like Air Antilles (operating for Winair), Air Century, Arajet, Avianca, Caribbean Airlines, Copa Airlines, FlyAllways (irregular), SARPA, SkyHigh and Wingo.

The current local carriers in the Netherlands Antilles are JetAir Caribbean, Divi Divi Air and EZ Air who operate inter-Island and some international services like Bogota, Medellin and Santo Domingo. At the airport there are still some aircraft present from the now defunct Insel Air (MD80), some in derelict condition.

Cargo operators are often irregular visitors but AerCaribe operates a sort of scheduled service nearly daily, DHL Aero Expresso is operating a 2-times daily scheduled flight, unfortunately in the dark(er) hours. Ameriflight is coming from Monday to Friday and Amerijet International with Boeing 757 operates once a week on Monday. Aerosucre Cargo with Boeing 727 is also operating into Curaçao, nearly every second day and replaced LAS Cargo flights (in November 2022).

Thanks to the large amount of destinations, Curaçao is perfectly linked with its neighbouring states and cities. For arrivals and departures the airport website can be checked: https://www.curacao-airport.com/

The US military are also present with a FOL (Forward Operating Location). Very rare but sometimes a few C-135’s or E-3’s are present. Also aircraft of the Department of Homeland Security do regular visits (e.g. Beech B300C or DHC8) as well as the US Coast Guard.

The terminal provide free WiFi and for tourits the TUI office next to the arrival hall offer tourist SIM-Cards (3GB for $30 – valid for 1 month). 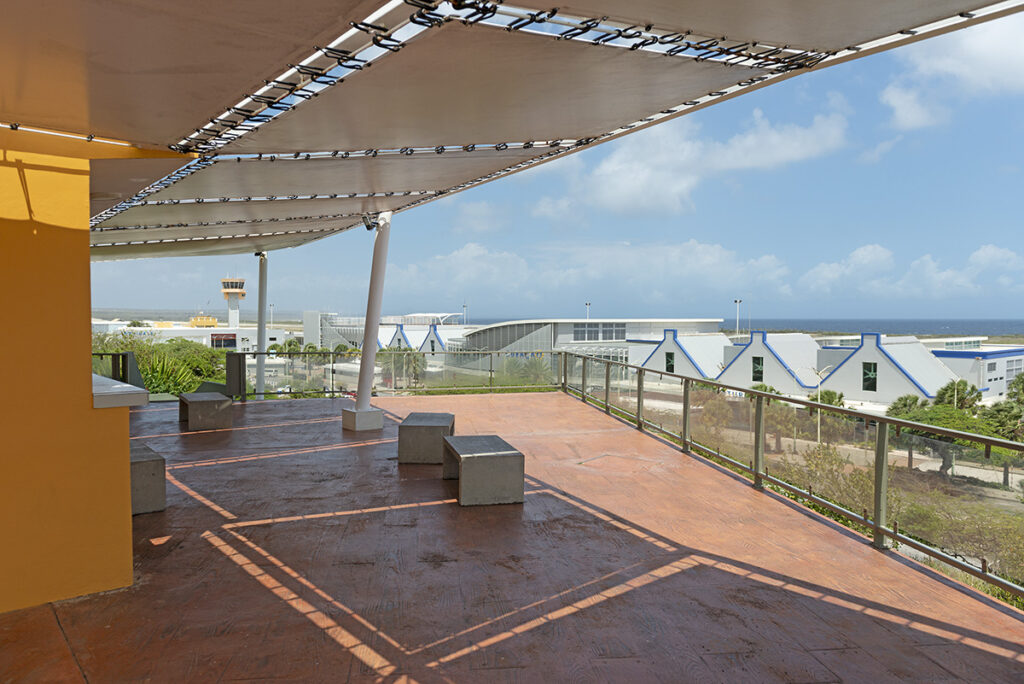 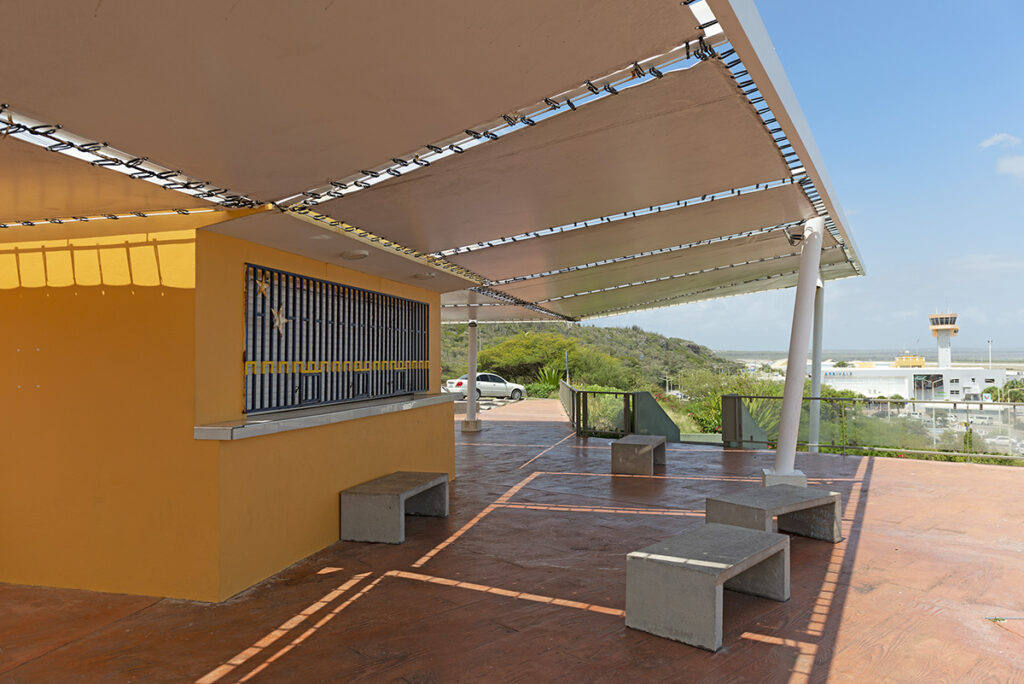 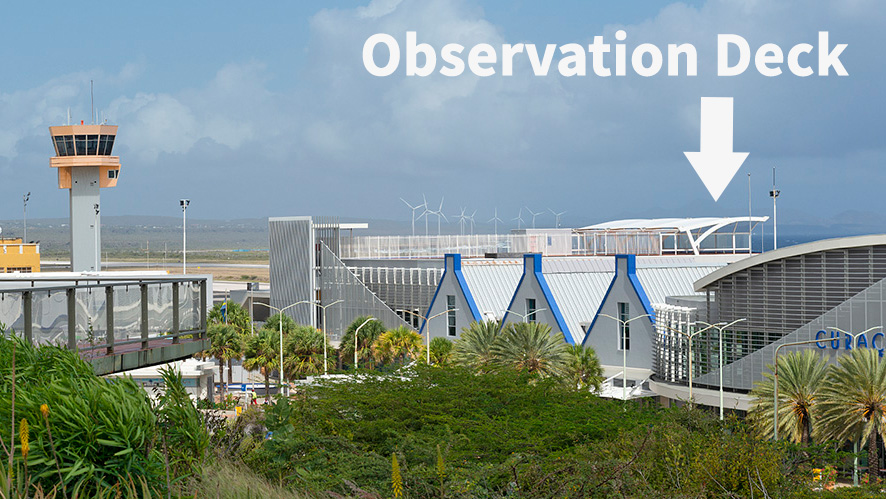 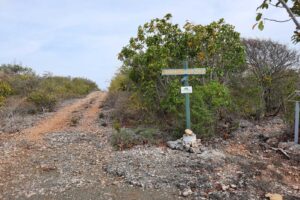 Signage from the main path 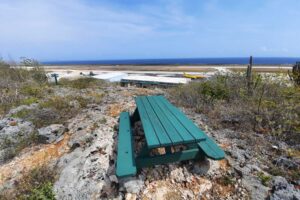 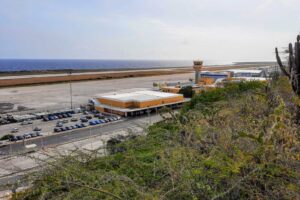 I’m back again, last year the airport opened a brand new observation deck at the top of the terminal where you can see all the movements on the apron, taxiway and runway. Aircraft parked at gates 6, 5 and 4 are directly infront of you. It’s between the arrival and departure hall and is accessible by elevator or stairs. It’s open from early morning to late night. It’s surrounded by glass so it’s not super camera friendly because of smudges and reflections but still a nice spot, especially during noon.

Hi, thats pretty cool. Do you have some pictures from there for us?
-Julian

Thanks Jonathan! Postion has been added

There are more spots further west, near the USAF’s Forward operating location (FOL). Take the dirt road that starts near the entrance to the FOL and follow it al around the FOL apron. This his provides views on the military aircraft that are parked there, like KC135 tankers and E3 AWACS, as well as landing shots on the runway.

Hey Paul, can you send us the GPS and some pictures via this blank please:

They have completely upgraded the mirador, they added seats, a roof, an elevated balcony, and added stairs to the airport

Thank for the infos Jonathan

Does anyone have a clue if you can reach the road just west of the airport? You can see the road on google maps satellite view.

I would like to take some photos from there.

You will have to pass the near airport’s free zone.