Tromsø Langnes Airport (TOS/ENTC) is probably the easiest reachable gateway to the lofoten islands and northern Norway. It’s located about 3 kilometers (north-)west of Tromsø city and handled almost 2.3 million passengers back in 2019. It was opened in September 1964 and the new Terminal A was built in 1998. As well back in 1998 (during a main renovation) the runway was extended and two turning pads were added, so even bigger aircraft were able to land and start at Tromsø Langnes Airport.

Nowadays it is one of the most important hubs for Widerøe and Lufttransport. Apart from this, the airport is often served by SAS and Norwegian and common visitors are for example Lufthansa and Helvetic. Sometimes you’ll also meet Titan Airways here or similar charter carrier – mostly during the high-season in summer. The Tromsø Flight academy/university is also based here with its smaller aircraft.

Written by Severin Hackenberger. Thanks to Helmut Schnichels for the photos of spot #1 and #2. Last visit/update: July 2018.

Unfortunately we can’t provide any pictures for this spot yet. If you have some, please don’t hesitate to sent them to us. Anyway, example shot looks like THIS.

The departures were taken from the concrete blocks at the back; the standing B350 from the fence: 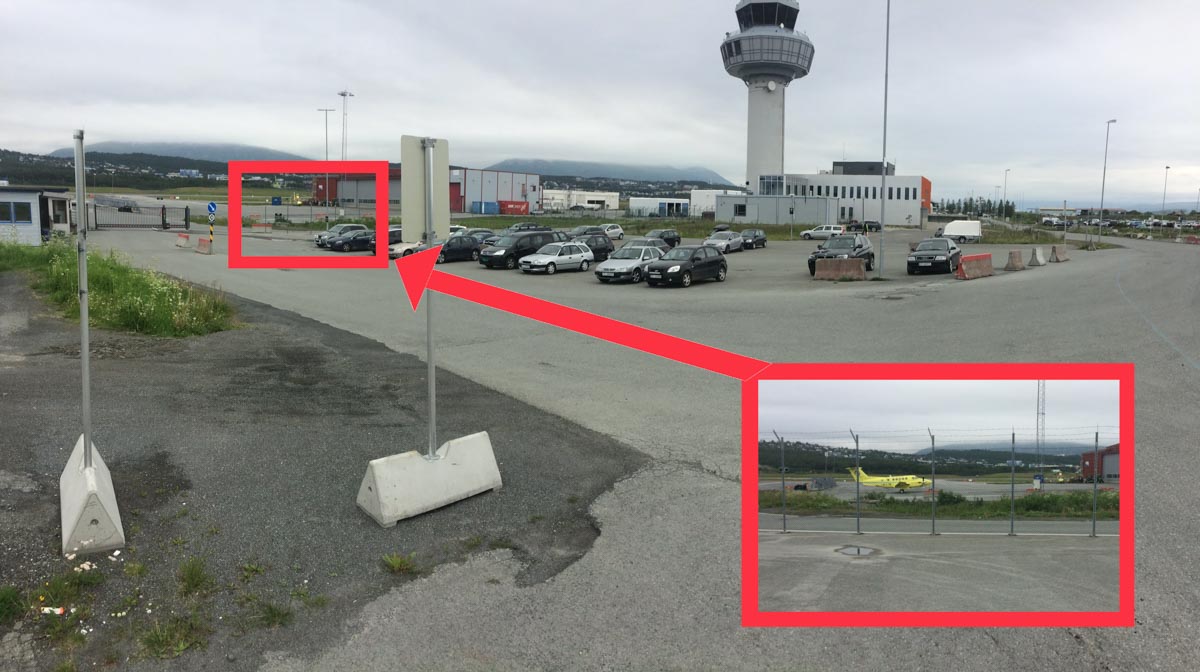 Overview picture was taken without ladder or any else higher object (like a cartop for example, what we used, because we had no ladder with us):

I highly recommend this airport for spotting.
There is not a lot of traffic but the spots are definitely worth it to visit the Airport. Spot 1 and 2 are the best with the mountains in the Background. The bride is also okay but might be some heathaze. Great airport with nice landscape in the Background