BDL/KBDL is the second-largest as well as the second-busiest airport in New England behind Boston Logan International. It is located about halfway between Hartford, CT and Springfield, MA (and also about halfway between JFK and BOS). Considering that this is a rather small airport compared to its big neighbors in New York and Boston it still sees quite some volume and variety of traffic (passenger, cargo, military, general aviation).

All US legacy carriers (Delta, American, United, including regional subsidiaries) and Southwest connect Bradley with their major hubs, and it is also a focus city for JetBlue and Breeze. Spirit, Frontier and Sun Country offer several routes as well (some only seasonal). Currently, the only international connection is with JetBlue to Cancun. Passenger traffic is usually a bit heavier during the winter time when New Englanders try to escape from the cold.

In recent years BDL has developed into the number one cargo hub for Southern New England. FedEx (763, A300), UPS (MD11, 763, 752, A300), Amazon Prime (763, 738), ATI (762) and Kalitta/DHL (734) account for several movements every day. General aviation traffic can be observed as well, and as Bradley is the home of the Connecticut Air National Guard, several C-130 are based at the airport. Also, BDL frequently sees diversions from BOS, JFK and EWR.

The vicinity of the airport is frequently patrolled by law enforcement representatives. Make sure to carry ID, when being approached/checked by police stay calm, be cooperative, be nice! 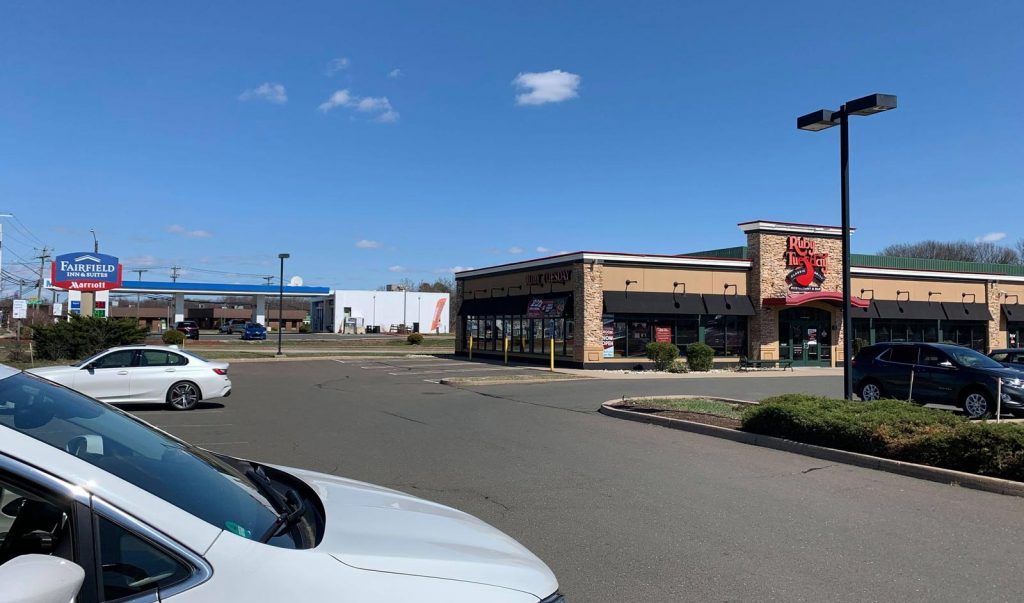 I don’t know if this is good, I googled it, but couldn’t you go on Park road as well because there’s a free park there.

HI, a friend and I want to go spotting in the afternoon during the week or weekend, what is the best spot to avoid any confrontations with police? I’d really prefer to not get arrested, and I might raise some suspicion because me and my friend are both under 18. Thanks for any help!

It’s difficult to recommend any spot as it depends which runway is in use. In general, on weekends all spots are good. If you have a car and park it at spot #2, then police might send you away or in the worst case give you ticket, but they won’t arrest you. All other spots are on private property.

My only general recommendation would be to rather go spotting on a weekend than on a weekday as then the businesses are closed. My preferred spots are #1, #3, #5 and #8.

Hello!
This is a warning to anyone who wants to spot here*****

Me and a friend went spotting here at BDL for a day and here is what happened.
Along perimeter road (and many other roads near the airport) there are signs saying no parking and on hills (or other popular spotting locations) there are signs saying “no trespassing”. We went to ask a cop if there was somewhere we would be allowed to stand (as runway 33 was in use). He told us how it was common for him to arrest spotters who stand on those hills but because we asked they were going to allow us for 15 minutes the next day…. this just started our troubles!

Hours later we were on top of the parking garage for 33 action when 5 TSA agents asked us what we were doing (and we told them); they said ok and left. shortly after we had a very aggressive cop grab me/ friend away from our car and searched us (very aggressive pat down) and as we were trying to tell them our purpose for being there they told us to delete all our pics (so we did). And we had no choice but to leave after 30m of being interrogated by these very rude/ aggressive officers.

What they told us anywhere near the fence / at the airport is on airport property and it is forbidden for pictures to be taken…….

I have one more question. If I go to spot #9 walkway at the airport, where can I park to get to the walkway?

At the airport parking garage.

Is there a way to find out which runway planes are coming in on?

Mainly, it depends on the wind direction, however, there is no guarantee, especially with westerly wind and/or low wind speed both 24 and 33 are being used.

You can check windfinder.com to find out from which direction the wind is blowing.

When I went, am I supposed to go inside the hotel to go to spot #9?

You can enter it from the hotel, parking or terminal. Its a sheltered walkway open to public.

what is the recommend spot to go to at BDL to plane spot? i’m thinking of going there next weekend

Your position for taking pictures totally depends on the light situation and the runway Usage, but spot #9 offers you a great view and anlge plus all needed stuff (like food or restrooms) are very close. We do recommend this spot very much although there might be problems with heat haze.

who do i ask to spot planes at BDL airport

Not sure if I understand your question correctly, there are no permits or anything like that if this is what you mean. Some of the spotting locations described in this guide are on private business property and/or near to the airport fence, so be prepared to be asked to leave by the owners and/or by police. So far I have only been asked once to leave. Police isn’t all over the place, but can show up once in a while and they don’t seem to tolerate spotting activities. I haven’t had any problems at the locations yet, which are on private business property, but mainly because I usually only go spotting there on the weekends or for something special coming in (meaning I will be there for only a few minutes). Please see the guide for further details on each spotting location.

Let me know in case you have further questions.