Phoenix Sky Harbour International Airport is located 5 km southeast of the central business district in Arizona and served more than 45 Mio passengers in 2019. Its a hub for American Airlines and Southwest airlines. At least 80 percent of the the traffic is generated by these two carriers. So don’t expect a wide variety of airlines at this airport.

But keep in mind that both airlines painted many aircraft in a special livery and the chance to get one of these planes is very high. International carriers are a rare sight at PHX. Only British Airways with a 744, Condor with 763, Air Canada (Rouge), WestJet and Volaris  serving the airport. Regular cargo flights are opreated by UPS, FedEx, DHL and PrimeAir. The Arizona Air National Guard has a base located in the southern part of PHX.

The chance to have a cloudy and rainy day in Phoenix is pretty low and during the summer month its getting very hot there.’ 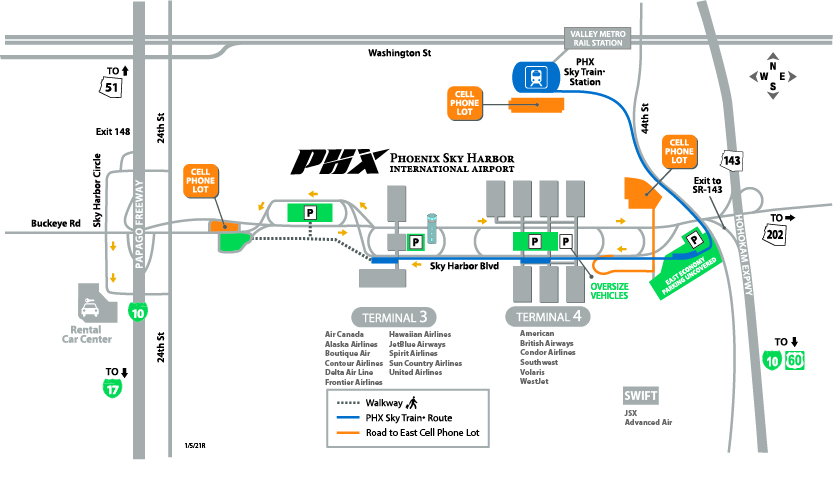 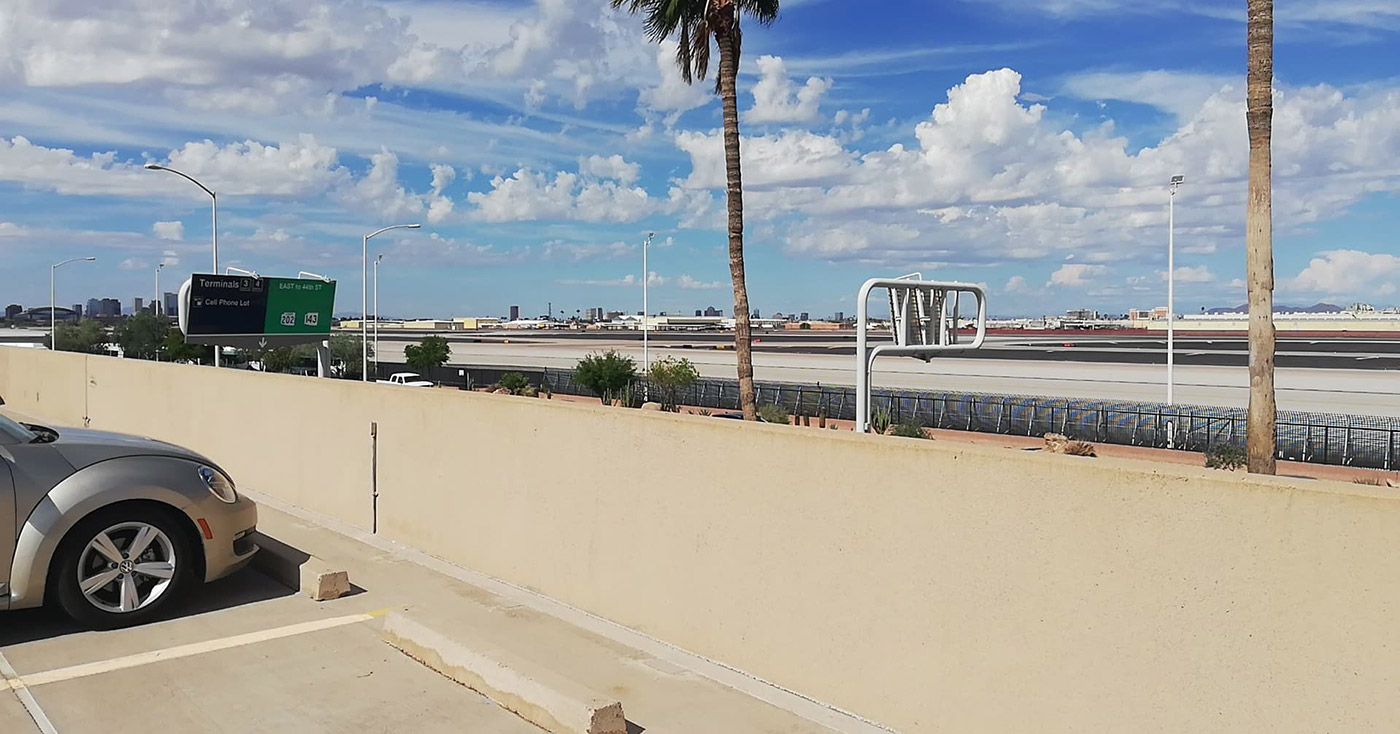 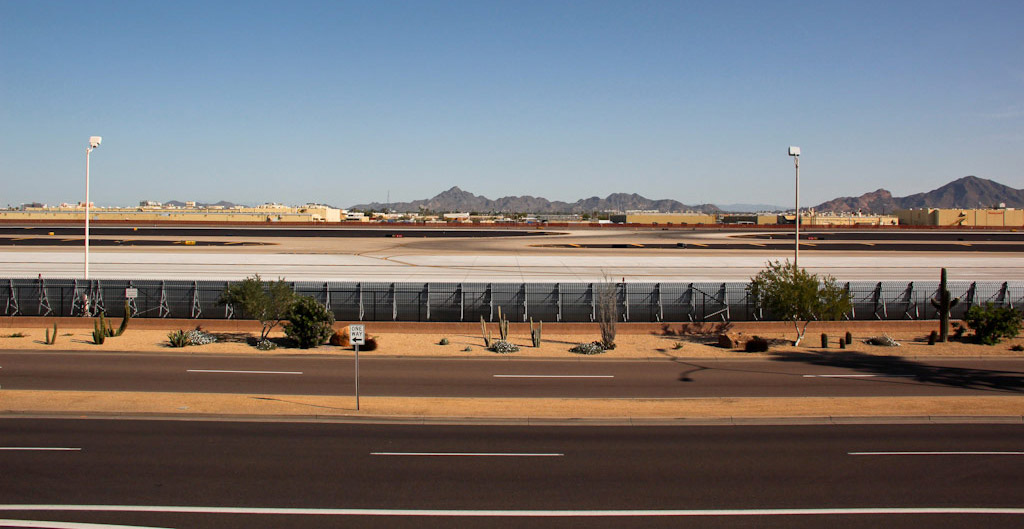 I will be traveling here for a day of plane spotting second week of October. Many of the locations have the note “You can be there the whole day because the sun is behind you. Only in the summer you get backlit pictures in the evening.” — Could anyone confirm which locations might be best when I will be visiting? Thank you

You can visit all spots all day long except spot 9 and the southern parts of the parking garages.
-Julian

I spotted at #4 on 17OCT19, fantastic spot! Newly created viewing platform, you can continue walking down the paved path for quite a distance to get a better city background on your shots

What sort of focal length is required for spot 4 by the Salt River? I’m hoping to photograph an Aeronaves TSM Convair 640 there soon but do not know if my 70-300mm lens (with a crop sensor) is quite enough reach.

Severin
Reply to  Matthew B

We don’t know it actually. Can you provide us some focal lenght information?

Thanks in advance, Severin

Denis
Reply to  Matthew B

Just letting everyone know that Cutter Aviations observation deck, though very nice, giving an awesome view of arrivals/departures for 7L/7R does not allow photography period. They will ask you to leave if you do. The Salt River spot is under construction for a bike path and they are also putting up a rest area with an nice overhang. Yes there is nothing around with regards to services but it is a great spot only getting better.

One additional location. Photographs are possible through the fence at the Cargo Terminal but is heavily dependent on where the aircraft are parked and whether there are any obstacles in the way. However, I wouldn’t loiter in this area for long.

With reference to Cutter Aviation, while visitors are allowed onto the Terrace, there is a no photographs policy.

Has anyone staked out any spots west of the parallel main runways to shoot arrivals? Looking at Google Maps, someplace south of Maricopa Freeway, on E. Watkins St. might be a good place. There are a number of industrial/warehouse buildings there where you could potentially get too approach shots with the sun at your back.

In short, yes. Photographs are possible from East Watkins Street, opposite Quality Distributors, although a prolonged stay may preciptate a visit from the Police. I understand the airport uses mixed mode runway operations, so the activity will tend to be one-sided.

Just wanted to know if you have had any issue with security or law enforcement while at sky harbor. I know photography is not a crime but I’m curious if you experienced any thing and how you handled it

Hi Lee, non of our members had any trouble with airport security during their stay. The locations on the parking garages are well known spotting locations by the authorities.

I mean, I called a few days after 9/11 and asked if spotting would still be allowed and they said of course so I dont see why, 20 years later, they would give you trouble over it…