Melbourne Airport, also known as Tullamarine, opened in 1970 replacing Essendon Airport and is now the second largest and busiest airport in Australia with around 36 Mio passsengers in 2017.  The airport has 56 gates spread around 4 terminals. Three of the terminals form a single major building housing the majority of the airport’s operations. Aircraft use two intersecting runways but usually all traffic use 16/34, the longest runway at MEL. Thats why the airport is very interesting for plane spotters as its never quiet, except during the night.

MEL is a hub for Qantas/Qantas Link including several intl. destinations to Asia and USA. Jetstar Airways, Virgin Australia and Regional Express Airlines are carriers that using Melbourne as a hub too. Furthermore you will see a nice mix of traffic mainly from Asia and the Pacific. Qantas Freight and Toll Aviation are the major freight operatores at this airport.

The airport authorities are going to build two new runways, parallel to the existing runways 16/34 and 09/27. Therefore its possible that a few spots are sooner or later no longer accessible due to the ongoing constructions works. 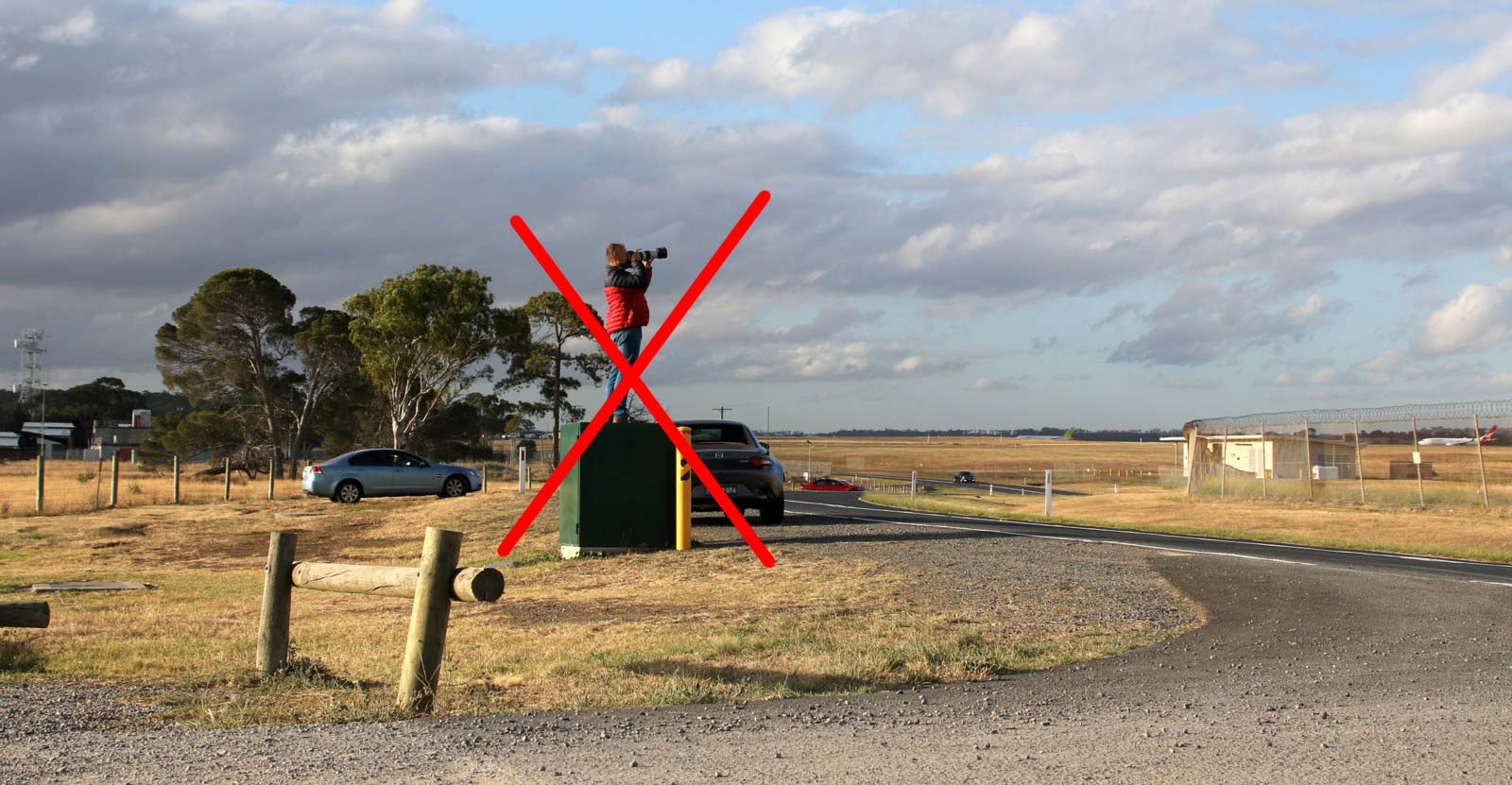 From the viewing area:

Is a 250mm lens suitable for the Terminal 4 car park spot? Wishing to photograph everything from Saabs to A380s.

Hi, I have an update for YMML.

I visited the airport today (oct 2) and it appears that a contractor is installing double (second) fence along Operations Rd, currently progressing aroung the round corner road of runway 34. This may affect all spotting locations along Operations Rd that require spotters to shoot through fence if they dont have ladder.

When deciding to spot from along the road including the Aircraft Viewing Area, be aware of trucks passing to/from construction zone to the north, when they pass they carry a lot of dust and may ruin your shot so plan ahead when taking shots.

If you’re a spotter with no private transportation and you’d like to use public transports, keep in mind that walking from the nearest bus station in T4 Carpark isn’t very advisable. Bus to Link Rd (closest bus stop to Ops Rd) from T4 operates around 8x a day only. It may take 75 minutes just to walk to the start of Operations Rd (the best location for spotting). Pedestrian walk is limited. Calling online taxi might be a good idea to get you there and back but make sure you start at a permitted location and check the fare.

Also just look out for (and if they meet you, follow all instructions from) the patrolling aviation security or police to keep clear of 3 metres from the original fence.

Hi! I have a little bit of update! At spot 5, 6 the green box have been topped off with a triangular shape tip, meaning that you couldn’t stand on it anymore. Either you shoot through the fence or you bring a ladder higher than 1.5m or you stand on the wooden poles at the carpark (which is risky in windy conditions)

Spot 7 have now been closed to public due to construction

At spot 2 please be aware with the security. You either meet a guy with good common sense or a guy on a power trip and will be likely to move you on. The airport had openly says that it is fine for photographers to take some snaps from the carpark but the security company might not getting the information. I’m still seeking confirmation

Please update the info! Thank you in advance!

Hi, thanks for the news from MEL. I have updated the guide. If anything has changed, please let us know.
-Julian

This is not quite true, if you drive there and pay for a ticket you will not have any trouble but if you are walking there you may or may not be questioned by security.

I just went there yesterday and spend quite sometimes in Terminal 4 between Virgin and Jetstar terminal. Very good position in the morning, when the aircraft Take Off on RWY 34.

I have a video of an aborted landing at Melb Airport. Is there someone or someplace I can submit it?

This is such an amazing and comprehensive guide with photos from each vantage point! thanks and will put it to good use in the coming few weekends!

FOR GREAT SPOTTING LOCATIONS FROM AROUND THE PERIMETER OF THE AIRPORT VISIT: http://www.melbourneplanespotting.weebly.com