Corfu, a very popular place to spend the holidays amongst us Europeans – and rightly so! Beautiful beaches, clear water and some great people bringing Greek feeling along makes this island unique! Not only the island is astonishing but the airport also! Corfu’s airport is very exciting, with only one short runway, the airport has to cope in peak times, while widebodies and holiday charters float in one by one!

The airport is mainly served in the summer by holiday airlines i.e. from Germany (Lufthansa, TUIfly, Eurowings, Condor), Netherlands (TUI, Transavia), Belgium (Brussels Airlines, TUI), France (Air France, Volotea, Transavia) and of course – The UK (British Airways, TUI, Jet2, Ryanair, easyJet). But there is some domestic traffic, too – Olympic Airlines and Aegean operate from the Greek capital Athens and Thessaloniki. SkyExpress is also coming along from the main country and the neighbouring islands.

The best hours to spot in CFU are from morning until midday when most action takes place. In the afternoon its more quiet and the movements starts to raise in the evening again. The airport is open 24h so you will miss some traffic.

You can find a detailed schedule at the official airport website.

!!! Be aware that Corfu has a huge snake population, even water snakes. More infos here. !!! 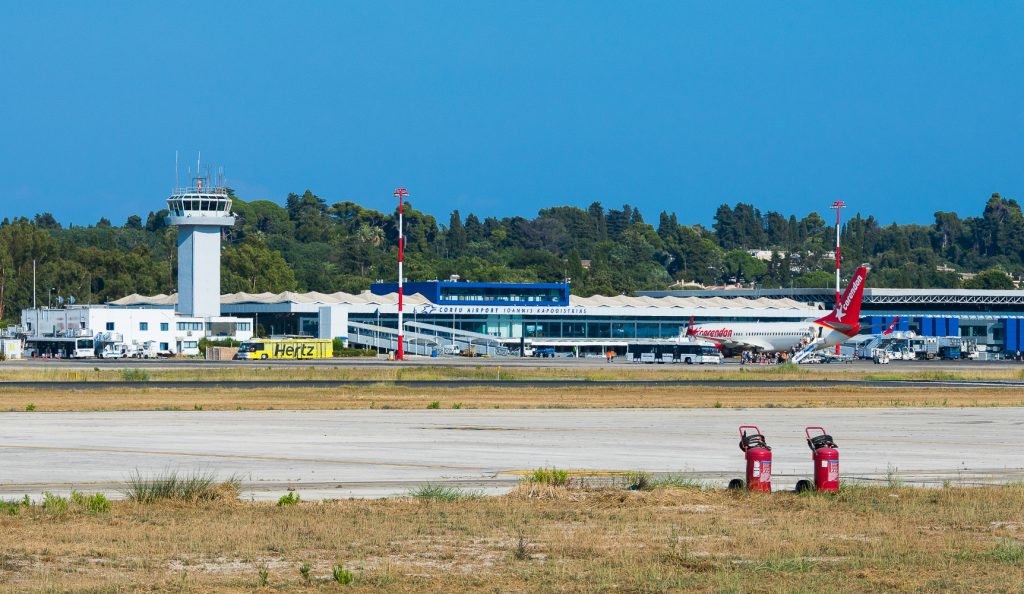 Due to “security concerns” the greek government told google to pixelize the satellite images of all airports in greece with military movements. That is why you don´t see all positions as clear as usual. A good alternative is Microsofts Bing Maps where the airports in Greece are still visible… 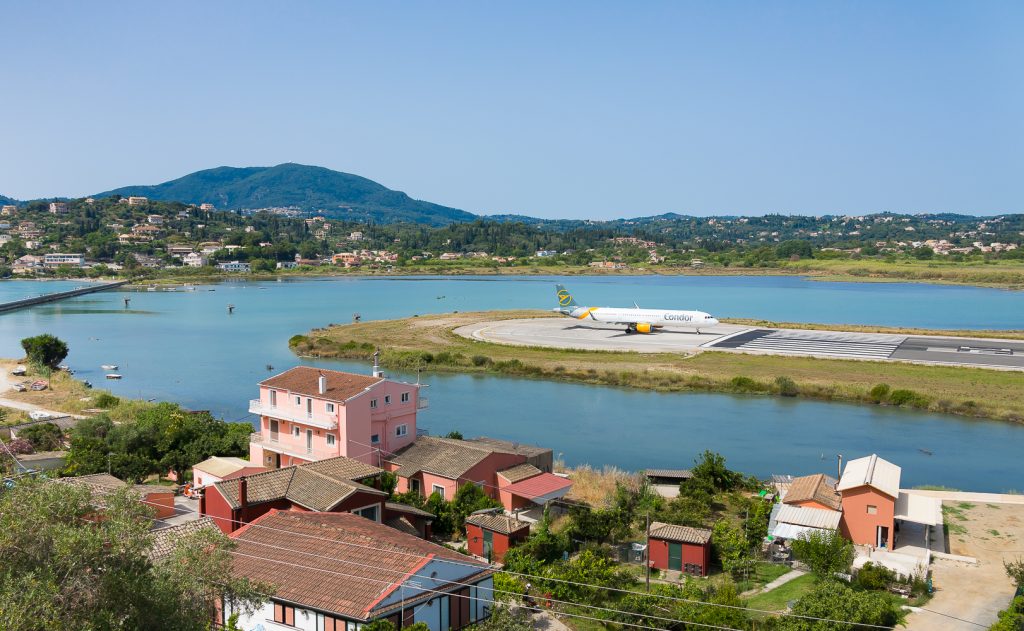 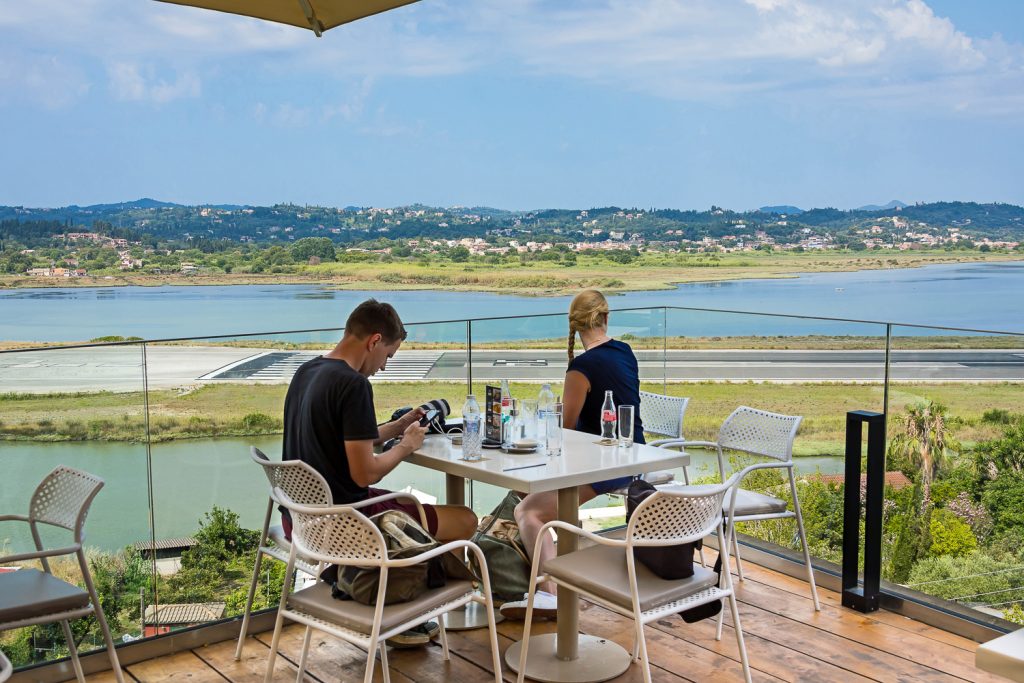 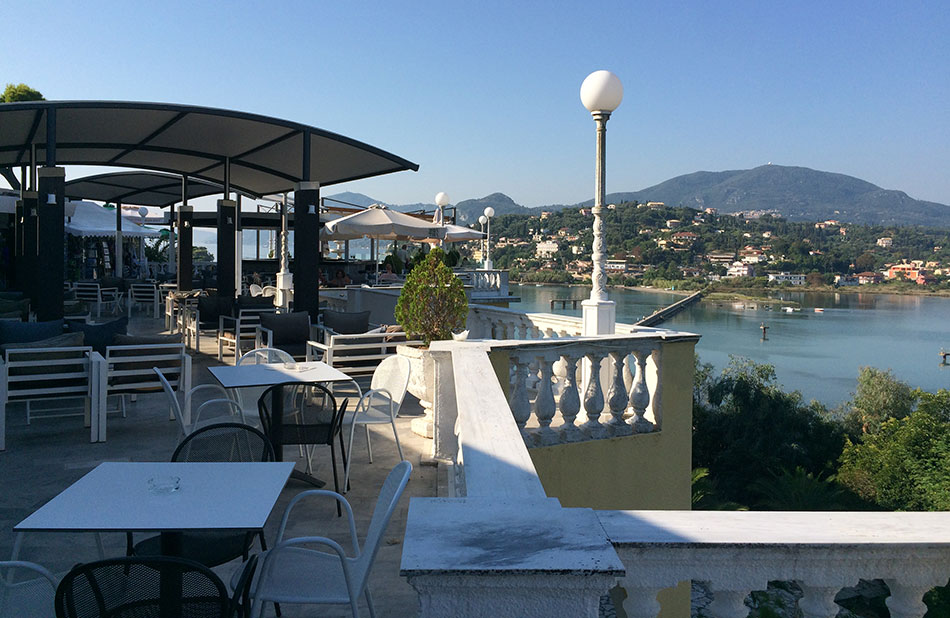 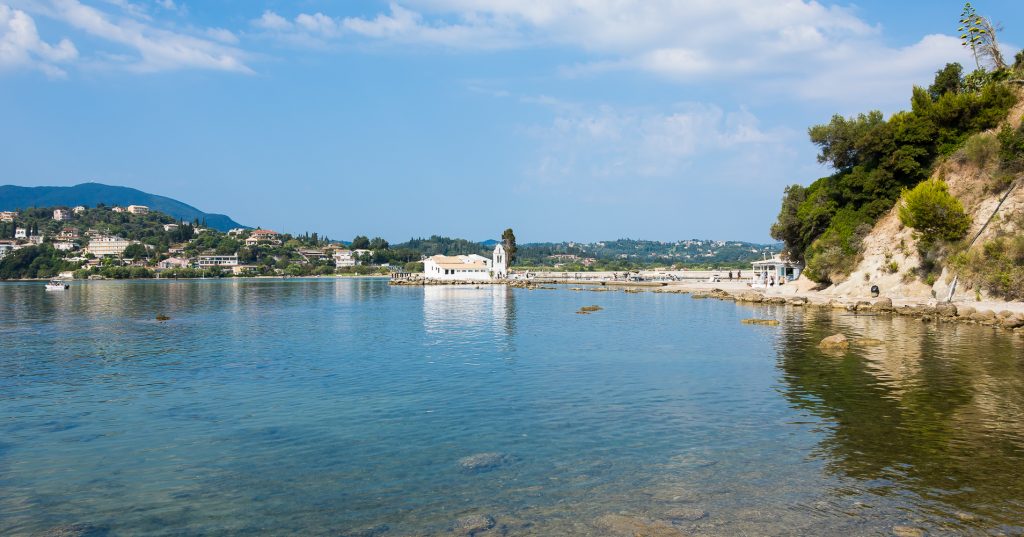 On the floating bridge - 34 line up 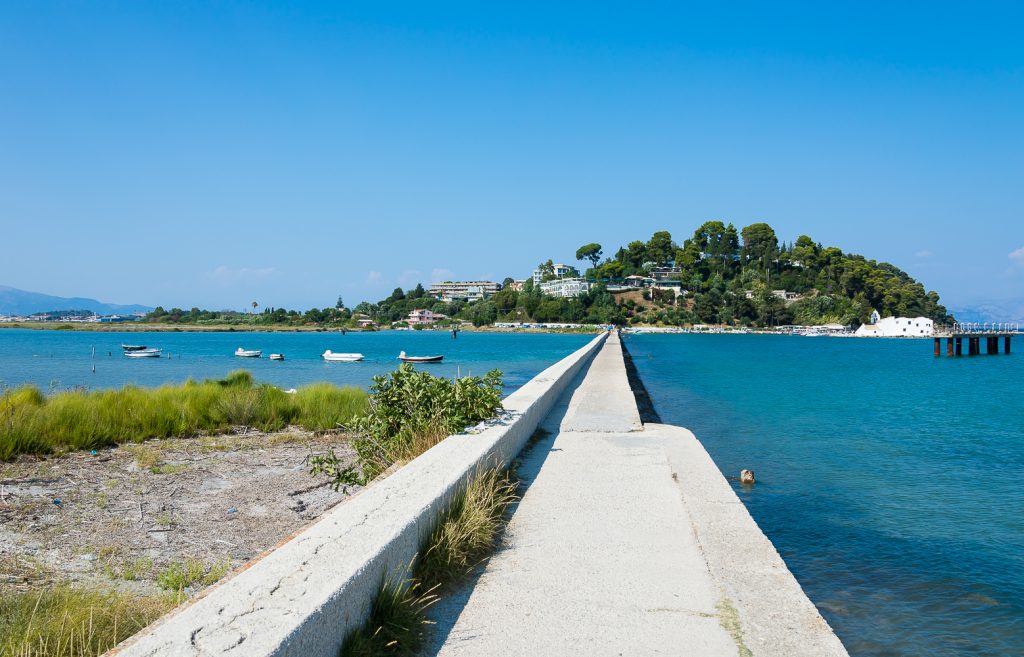 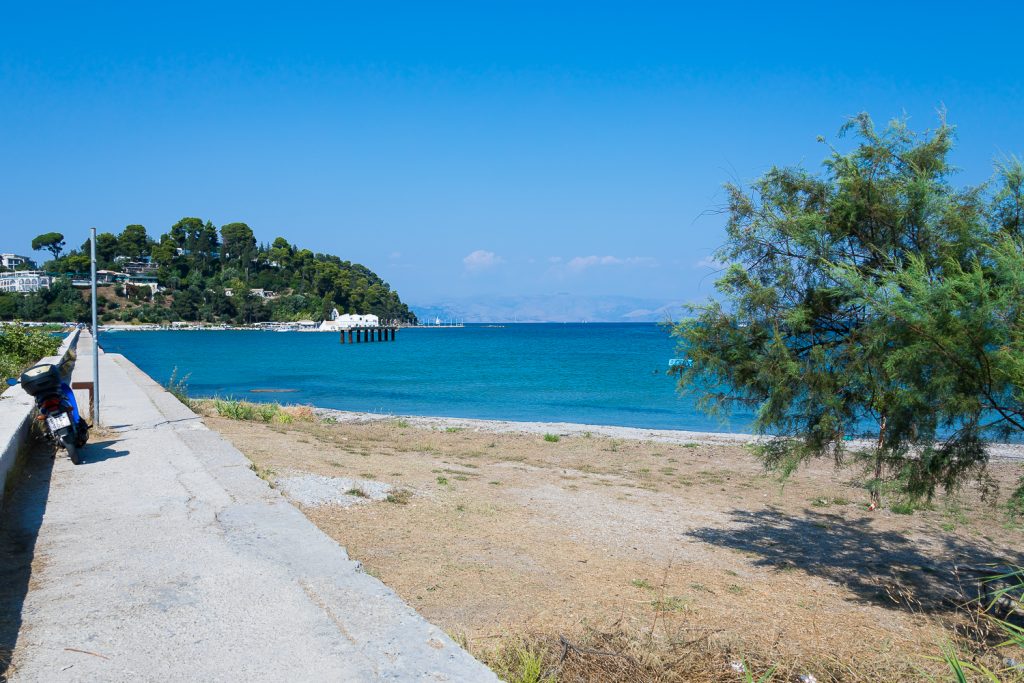 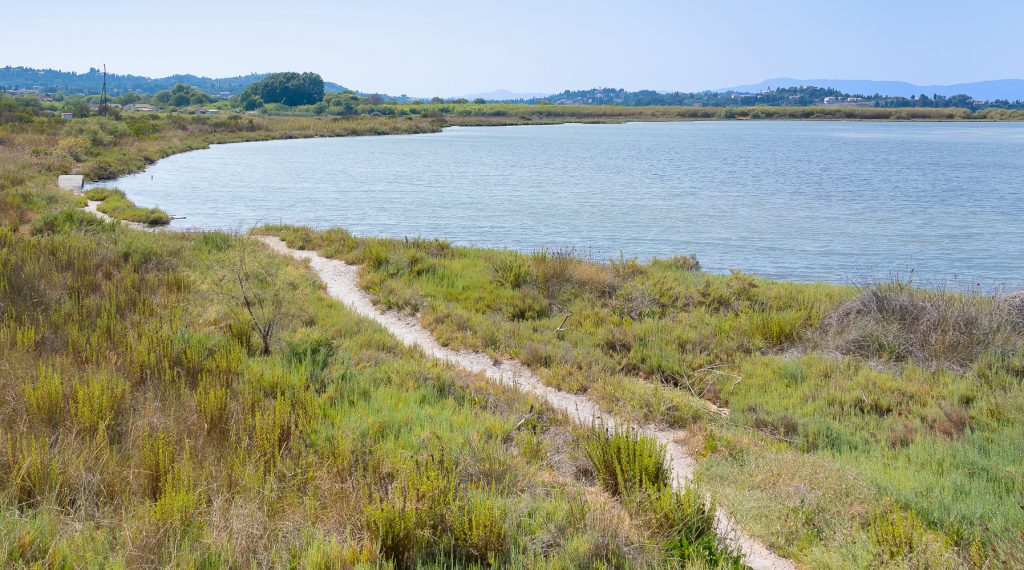 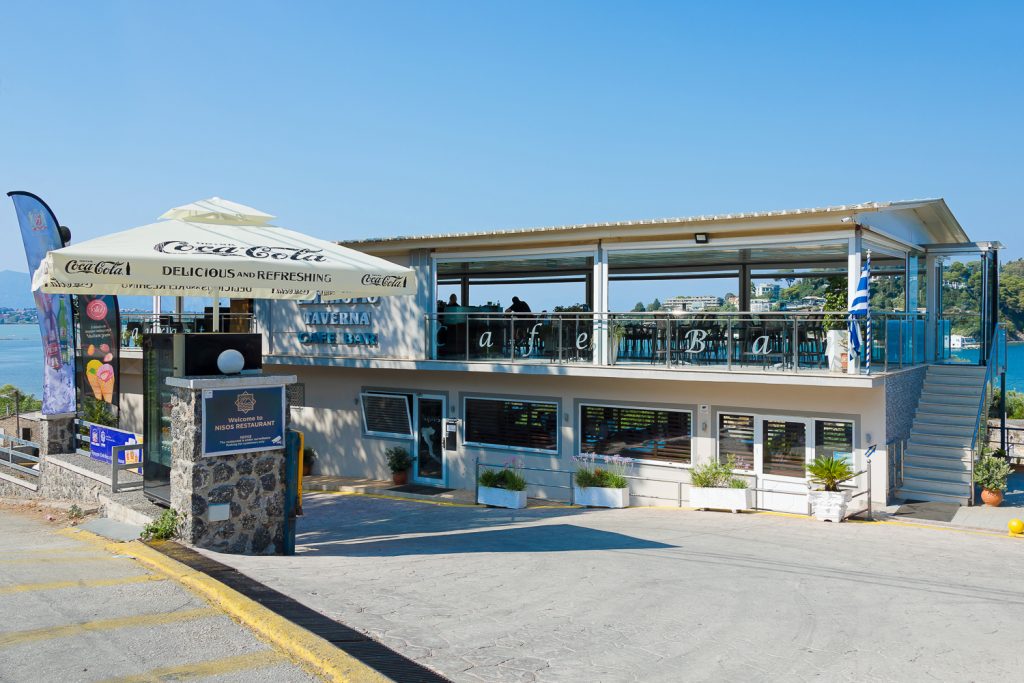 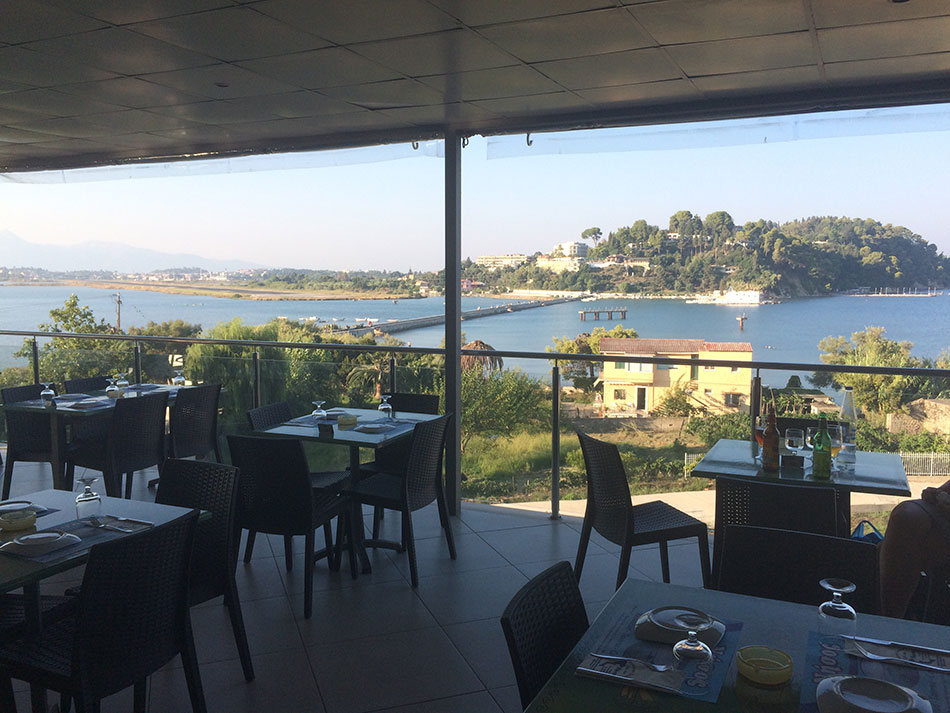 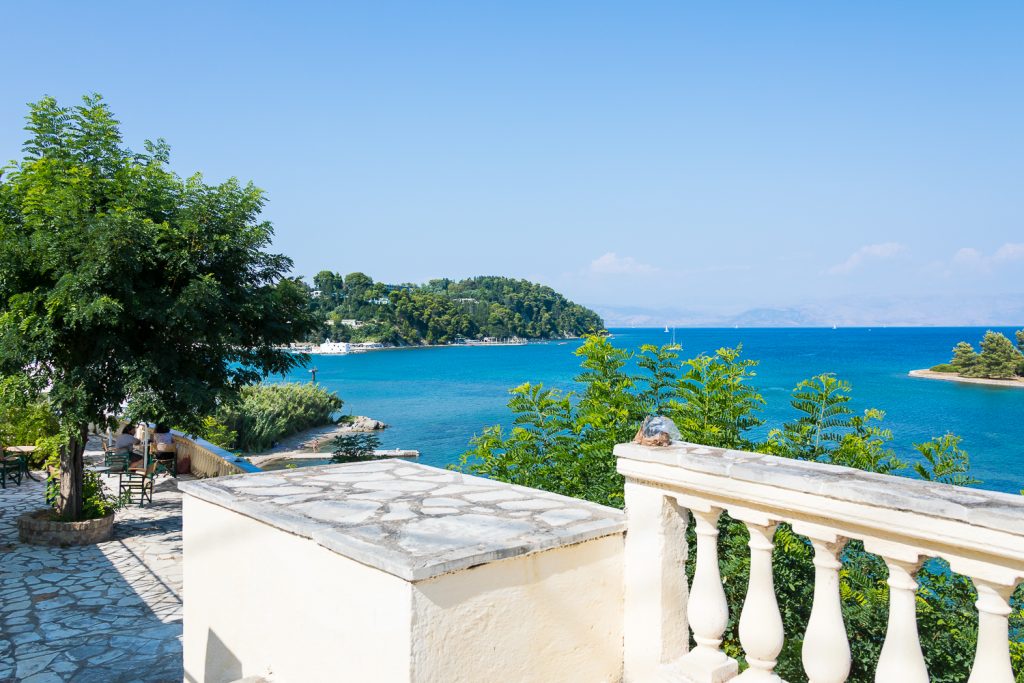 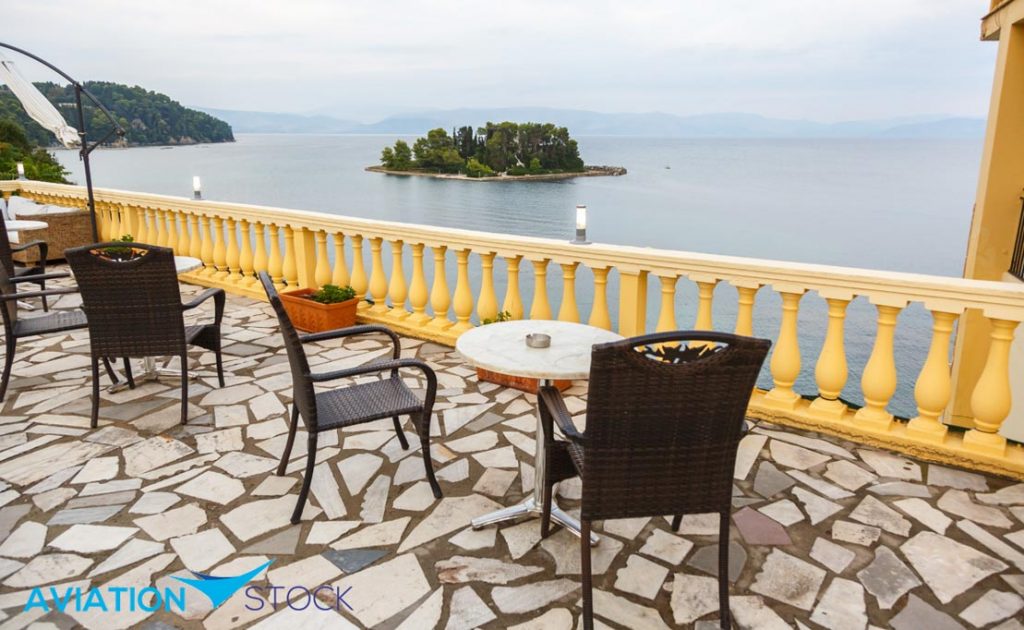 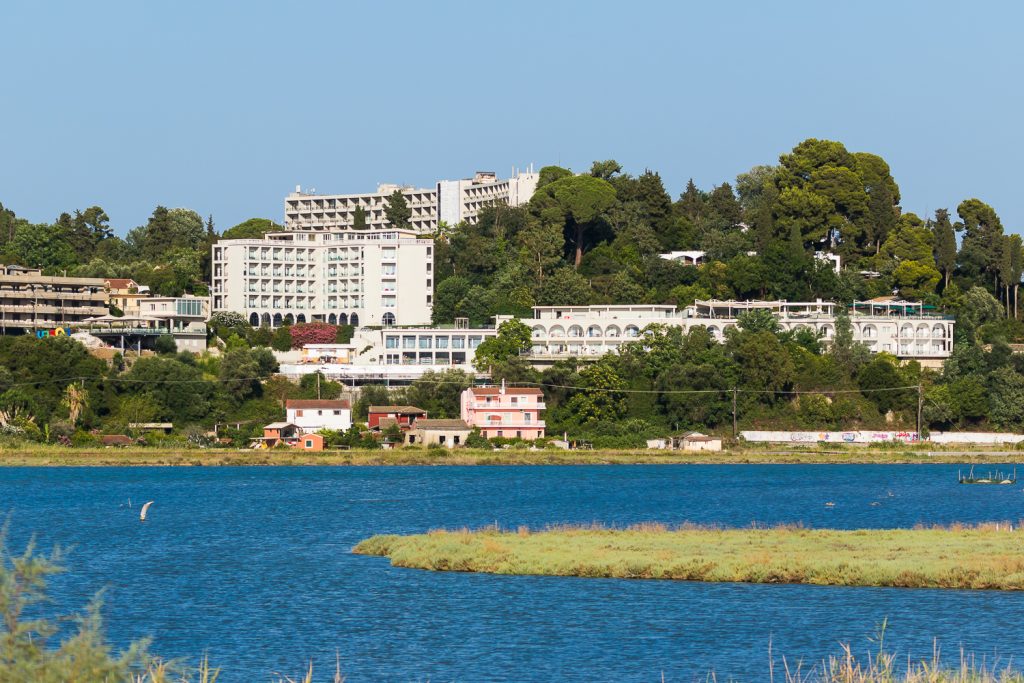 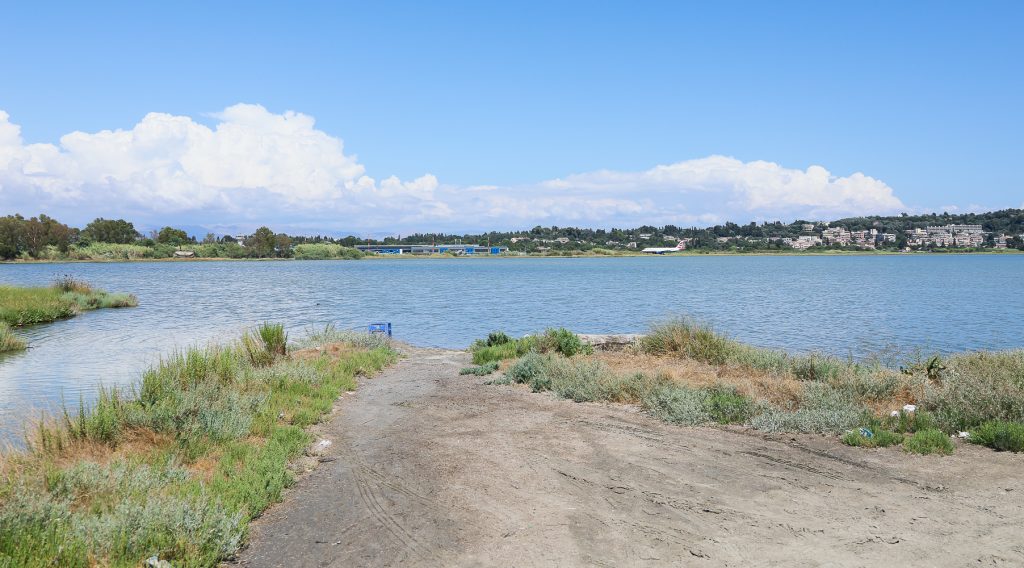 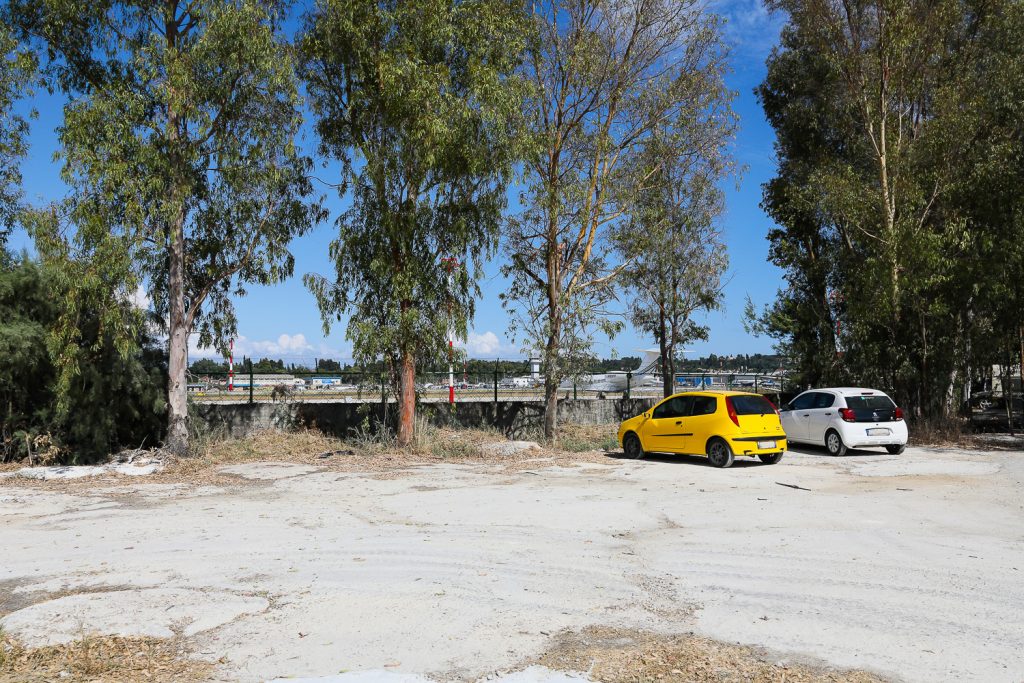 The Royal Grand Hotel - All movements 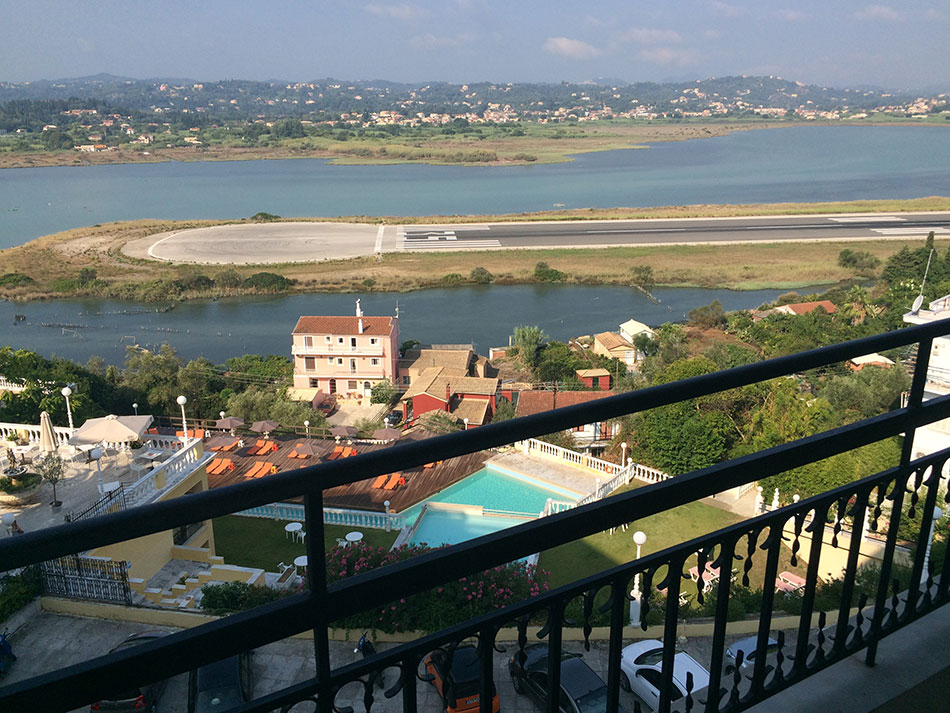 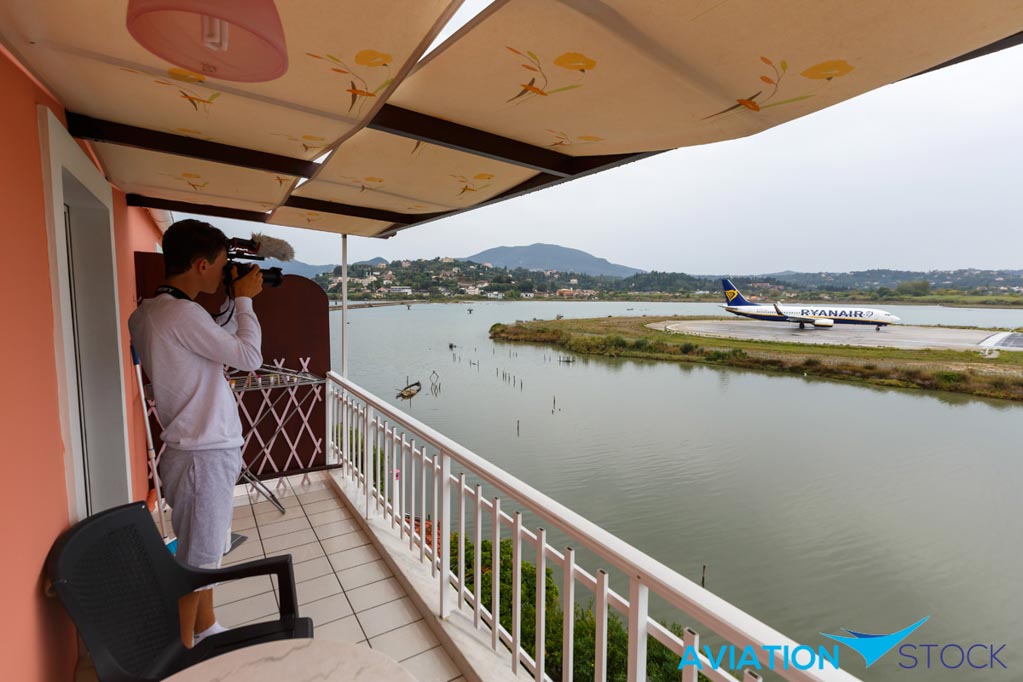 We’re two Danish spotters, who spent a few days in Corfu late last month (Augst 2021). This is just to confirm the excellence of the spotting experience in Corfu. We stayed at Anna Apartments with its unique view on the runway and also spent quite some time (and money …) at Café Royal. It was really great and is strongly recommended.

Indeed, it is one of my favourite airports for planespotting!
-Julian

Hello
Does anybody know when heat haze starts to be a problem for example from Anna Apartments?
Thanks in advance

Hello
Will 1st floor at anna apartments also fit? Are there any trees etc?
I’d be grateful for fast response

Hi, you should contact the owner and ask for a room with runway view. It is a 3 storey building and level 2-3 are fine.
-Julian

Another Great Location is The Pontikonisi Hotel.

All rooms face out to the sea and aircraft pass by just before touch down.
Theres a great bar/cafe on the roof which serves food and drink.
It has its own private pool and private beach

Hi, can you provide us some pictures you have took there. Just drop us as an email to support@spotterguide.net please
-Julian

Just seeing this now …Will do

Hi I plan on visiting in October but I wanted to ask what the aircraft traffic is like is it busy and/or still a variety of airlines visiting. Thanks

Hi,
I would not recommend Spot 9! If you take your Camera out, the airport police is there in no time, happend to me last year. Police Officers don’t like Spotters and acted very aggressively and wanted me to delete all the taken photos while he was watching. He also sad that they could arrest me if I would come back.

Sounds a bit strange to me as a local spotter. Police only shows up on arrivals and departures to check that nobody drives or walks at the end of the threshold. They always talk to us and never experienced such a problem. Even the military guys from the fire-fighting department are polite with us. Maybe it was just a bad moment mate, or the police officer was new and had no idea of our hobby.

Thanks for your feedback Marios. We hope it was just a unique case.