Sydney Kingsford-Smith is the busiest airport in Australia (handling 44 million passengers in 2018) and the primary hub of Qantas. Located next to Botany Bay it has three runways colloquially known as “east-west”, “north-south” and “third”, though with the addition of the “third” runway the “east-west” runway which crosses the “north-south” is rarely used. The airport is also an important hub for Virgin Australia and Jetstar which both operate out of one of the two domestic terminals (the other is used exclusively by Qantas and its link operations). Across the “north-south” runway lies the International terminal and the cargo apron. The “third runway” lies some distance away from the rest of the facilities being built on reclaimed land from the harbour.

Traffic is largely made up of Qantas, Jetstar and Virgin Australia with the usual mix of major Far Eastern and North American airlines visiting also. In addition executive jets are common and the airline sees several operators of the A380 including Qantas, Emirates and Singapore Airlines. The airport is one of only a few major ports which has a curfew in operation betwee

n 11pm and 6am whilst movements are also limited to 80 aircraft an hour. 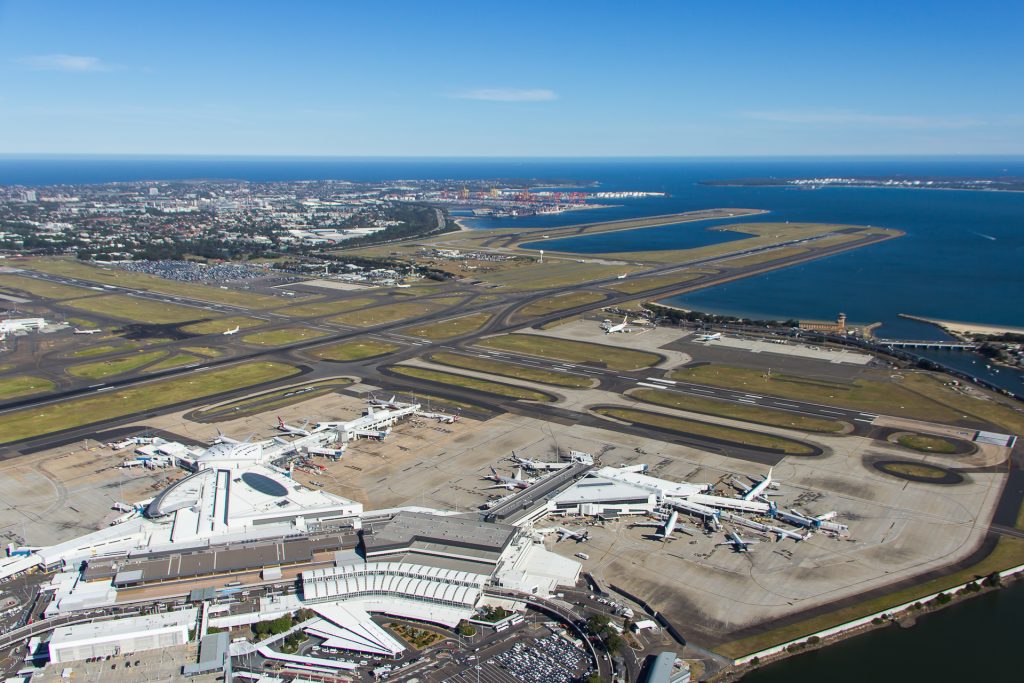 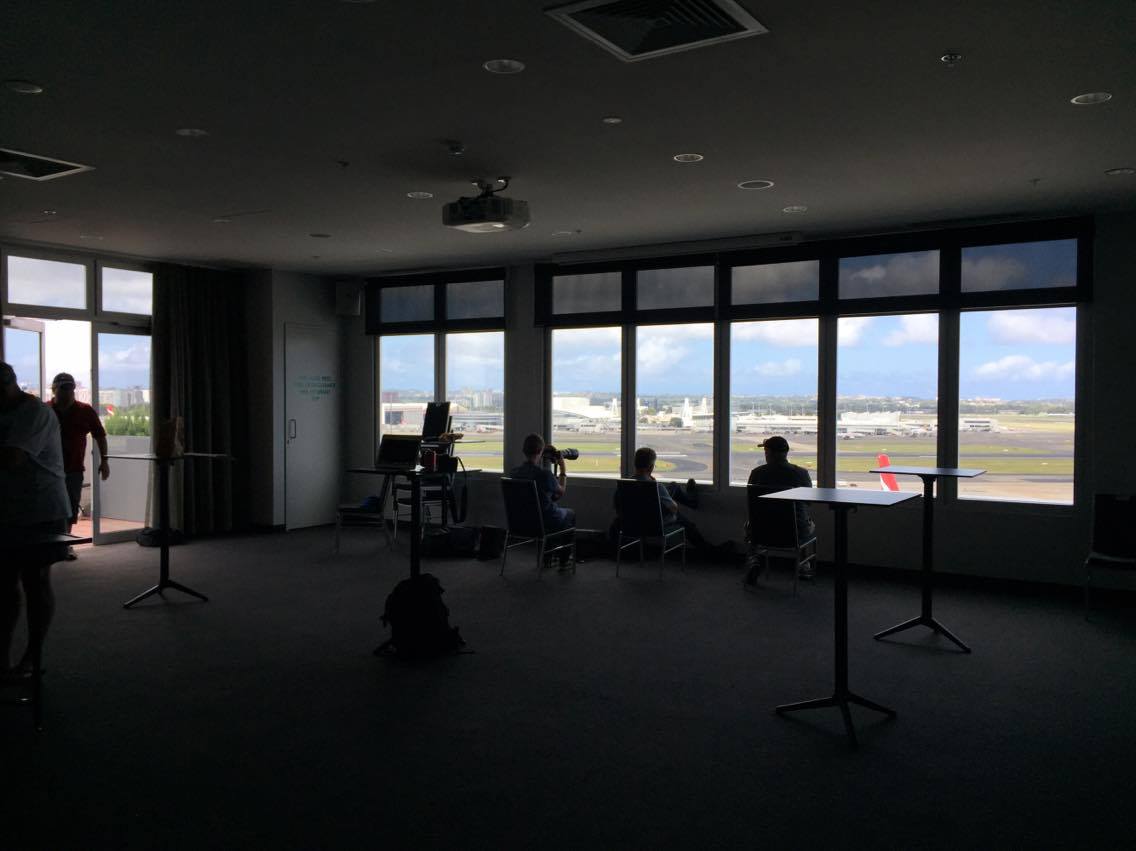 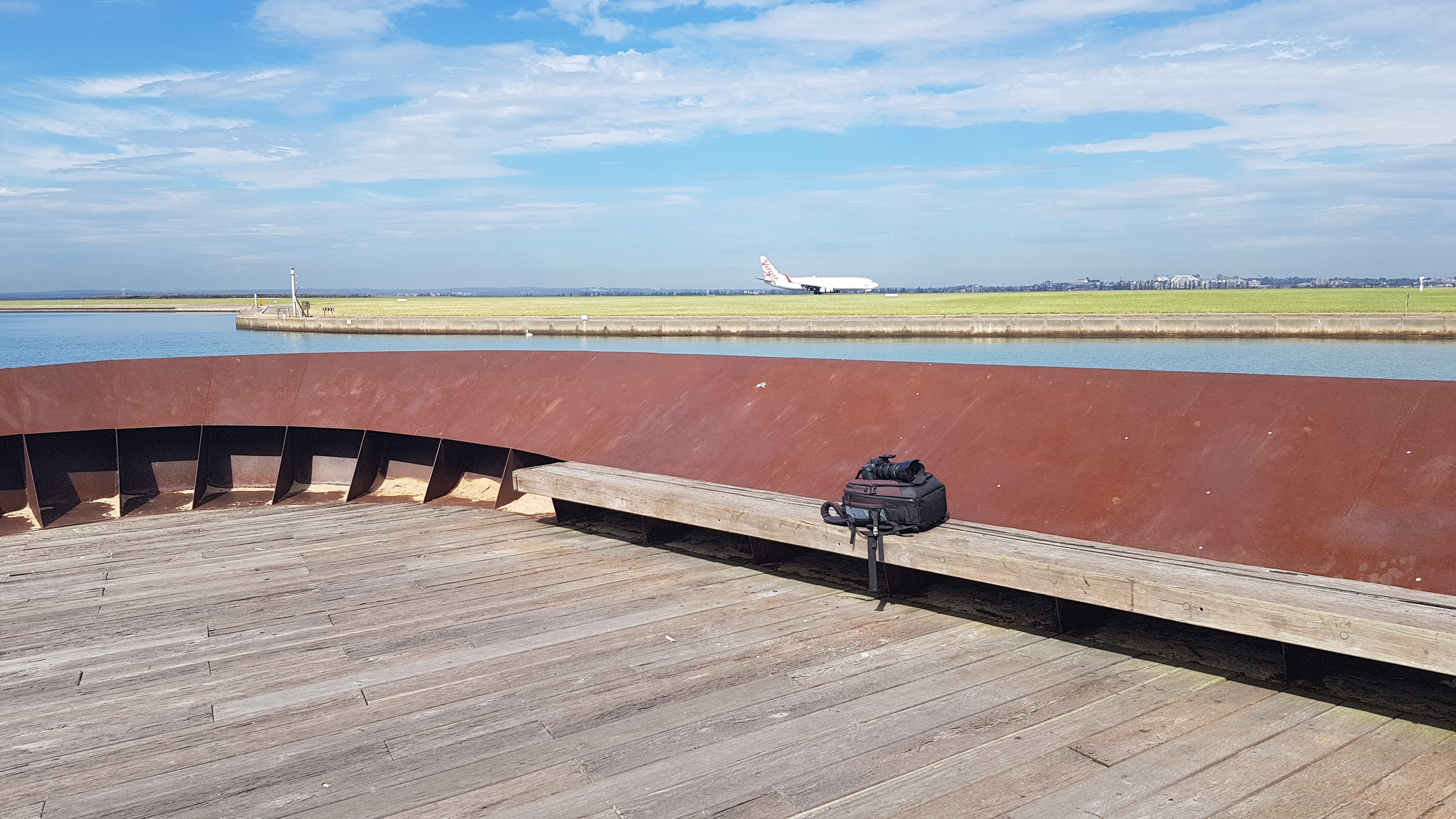 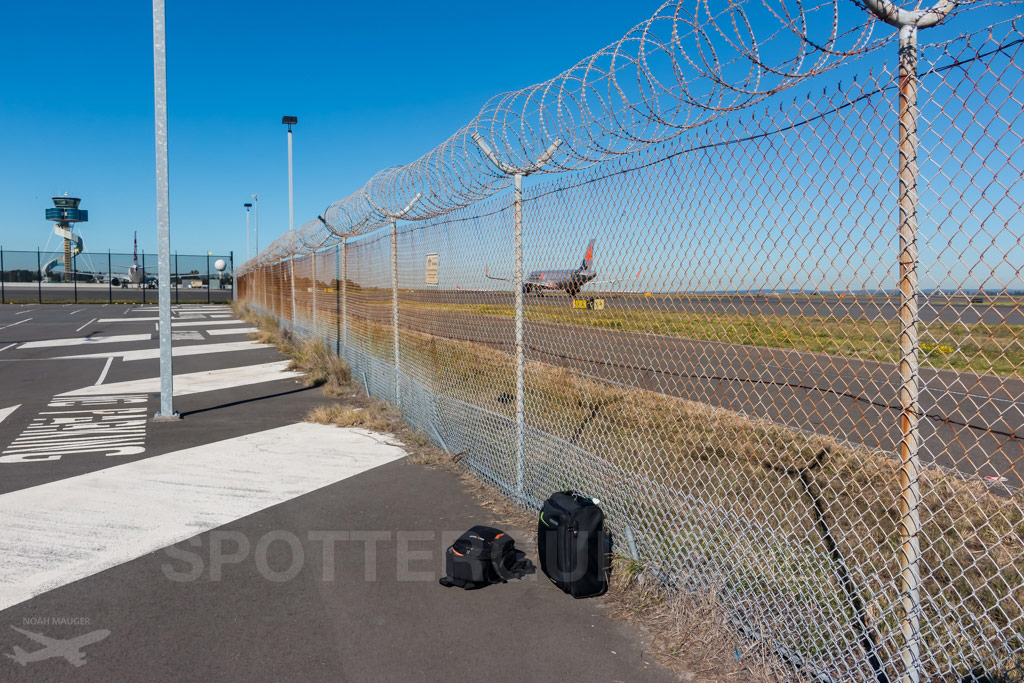 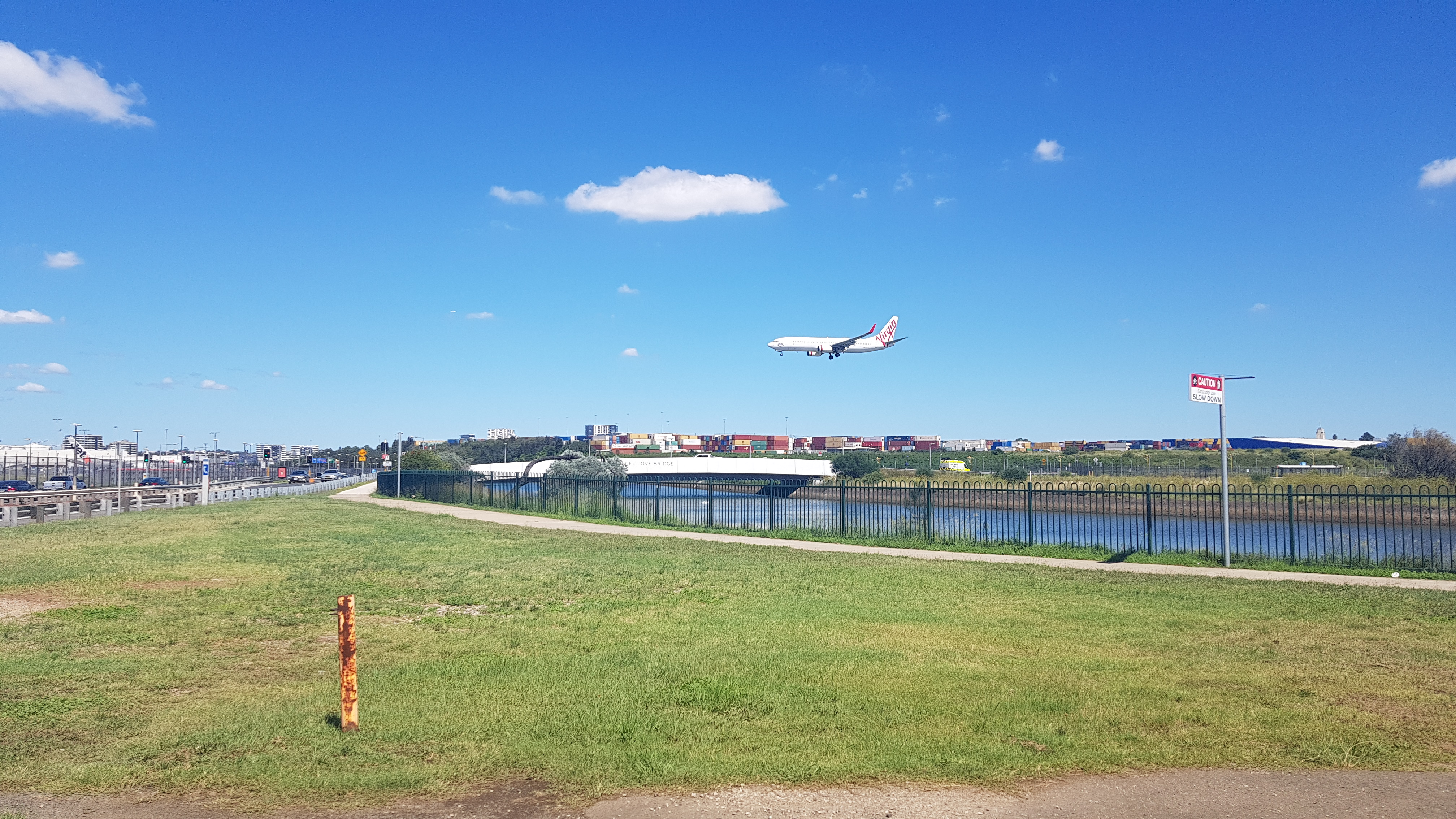 View from the Bridge: 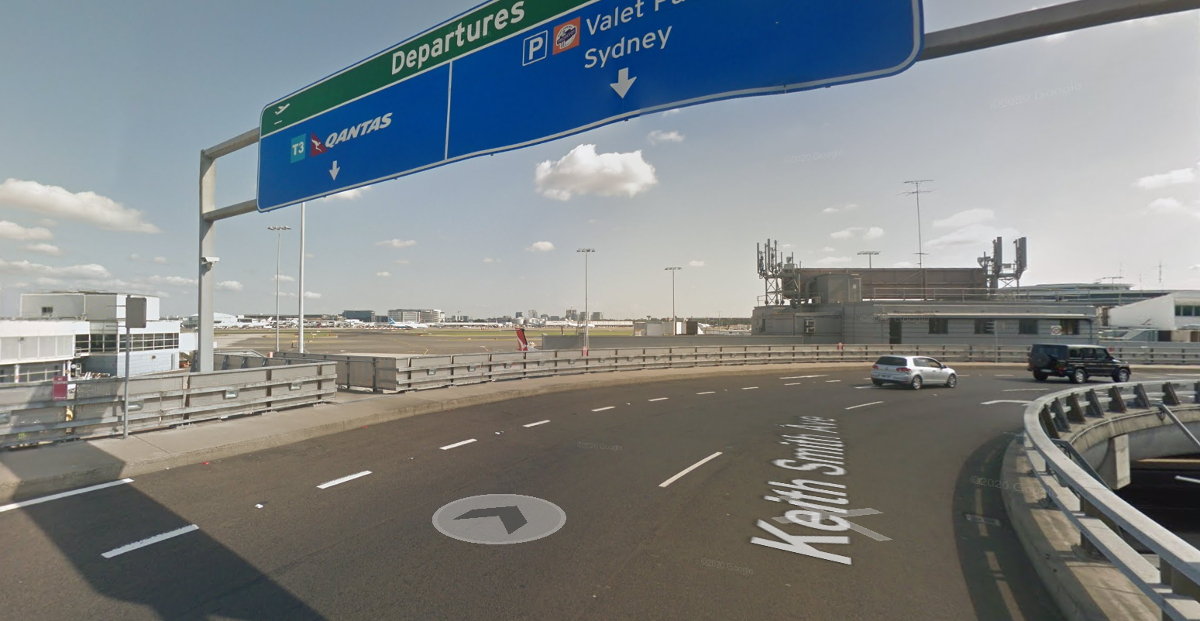 Hi, could anyone tell me how to get to the staff car park like where I need to go and whether you need to walk from the public intl car park or if you could drive in. Thankyou! 🙂

Hi,
I am going to SYD for planespotting next week, if i can take the Blue Emu Car Park Free Shuttle Bus to Spot12 even i do not park there?

Hi, I would say no because usually they do not check the ticket. Try to have a look on the official airport website.
-Julian

Hi there, based on my experience it is possible to take the Blue Emu shuttle from the carpark without needing to park there, I’ve taken the bus out after spotting at Shep’s Mound without issues as they do not check the tickets

I was at the Blu Emu spot in May 2019, it’s a fantastic spot — is it still accessible as I was told by a local that it would be razed to make way for more aircraft stands? Obviously COVID might change that plan.

Sitting on one of the elevated points of Sydney Park is well worth while, especially if you have a radio and flight radar. Obviously a little distance from the airport itself, but a good overview of what is going on, and the Sydney city-scape

I’m sorry but maybe a bit more details would be helpful. Where is written that a focal 18-400 is needed and then several pics are shown maybe would be helpful to detail a bit more. Same for 20-200 or 100-400. There is a big difference between 18 and 400 mm lens.
It is possible to update the guide with more details like in other airport guides?

Hi Marco, you are absolutely right. Usually we note down the exact focal lengths that were used for the sample pictures but sometimes we receive such inaccurate infos.
-Julian

Hi there,
We are planning to shoot at Sydney Airport next February.
This is my first time in Sydney and this site is very helpful.
I would like to shoot a plane taking off and landing against the backdrop of the Sydney Tower.
It would be very helpful if you could tell me the recommended place.
Please.

Try staying at Citadines Connect Hotel. It’s a short walk from the domestic terminal and has great views over the whole airport from their top floor lounge and bar area. You can’t beat it !
It’s a short trip to all the plane spotting locations

KEN Thank you for nice information!!

Hi Ken. The staff car park at international terminal 12th floor. What’s it like to spot from. Been told you could get sent away by security/police. If you know anything please let me know. Tyrone

It’s a great location, I have been there many times and never been asked to leave

I am based in Melbourne & planning to do spotting this Sunday 29th Nov. I want to know few things, if possible. 1. Any ideas which runway will be used for arrivals for heavies? 2. which spot will you recommend for morning and which one for evenings? Mainly I want to click wide bodies. Thanks

Thanks for replying Ken,
I will stay at Citadine….how about spotting from there whole day…as it will be a very hot day on Sunday. As you said, Citadine has a really good view of airport.

We are looking at doing some plane spotting in Sydney, however we are wanting to do this from a pub/bar.

Does anybody have a solutions of the best place to go?

Try staying at Citadines Connect Hotel. It’s a short walk from the domestic terminal and has great views over the whole airport from their top floor lounge and bar area. You can’t beat it !

Hello I am planning to have a 6-7 days Sydney trip on around Mid-October to November. I have some questions would like to figure out:
1) Is the weather of October suitable for spotting? For the runway direction, which direction would be used more frequently?
2) I am not planning to drive for my spotting trip, and I am planning to have my spotting at The Sheps/Tower Mound and the beach, is it can be reached by public transport? Also, if I decide to take a taxi is it too hard to have taxi there?
3) If I would planning to stay in a hotel for spotting, is Rydges Hotel woule be the best choice? Other than Rydges Hotel, would you have any recommendation for the spotting hotel?

One more question: 4)If I use a APS-C 70-300 lans is it sufficient for spotting in the point that I have mentioned. Thank you.

Stay at Citadines Connect Hotel. It’s really great and a 10 mins walk from the domestic terminal, the views from the top floor bar are fantastic.