Bangkok’s Suvarnabhumi airport is the biggest airport in Thailand with a total of 63.4 Mio passengers in 2018. The enormous variety from Asian airlines makes this airport very special and he is surrounded with some very nice spotting location too.

Since the opening in 2006 Bangkok’s new International Airport, named Suvarnabhumi, has become one of the main international gateways for Southeast Asia. Though there was a 3% decline in traffic in 2013 (mainly also due to capacity reductions from main carrier Thai Airways) the airport still handled the impressive amount of over 51 million passengers. Of the two Bangkok International airports, the other one being Don Mueang Airport, Suvarnabhumi handles all of the international long-haul flights and serves most of the flag carriers, while the low-cost carriers con be found in Don Mueang.

The majority of traffic is obviously generated by Thai Airways, but Bangkok Airways has also expanded their hub operations and offers lots of scheduled flights. During the morning and evening hours, where the light is good you will see lots of interesting traffic from the region from carriers like Bhutan Airlines, Cebu Pacific, Jetstar, Garuda, Lao  Airlines, etc. There are also always the big Chinese and Japanese carries which frequently fly in. Other interesting traffic is certainly created by the Russian charter flights for example by Azur Air, Ural Air or Nordwind. Furthermore there are also always a few notable cargo flights during the day, for example by EVA Air, China Airlines, ANA Cargo or Nippon Cargo. Unfortunately there is also a lot of traffic that takes place during the night and during noon, so you will not get all of the carries flying to and from Bangkok.

You can look up the official airport website for the upcoming arrivals and also ETAs for the flights. The schedule there also includes the charter flights from Russia, which are often not found on other sites.

You should be warned about two major disadvantages about spotting in Bangkok, but the traffic definitely makes up for these shortcomings. As Bangkok lies in a tropical dry and wet climate zone you will very rarely see clear blue skies here. It is very common that the sun is only comes out 30 minutes or even an hour after sunrise and it also disappears way before sunset in the haze. All the spotting locations at this airport are very far from the action, so you will need a good lens for shooting here.

Furthermore there is now a cycle track going right round the airport perimeter with great views – its around 22k circuit though. The entrance to the bike park with food court is near the Thai HQ and bus station where you can rent bicycles.. This sounds great BUT they check the bags in advance and its not allowed to take huge camera equipment with you. Just a smartphone. For numbercrunching its okay but not for photography. 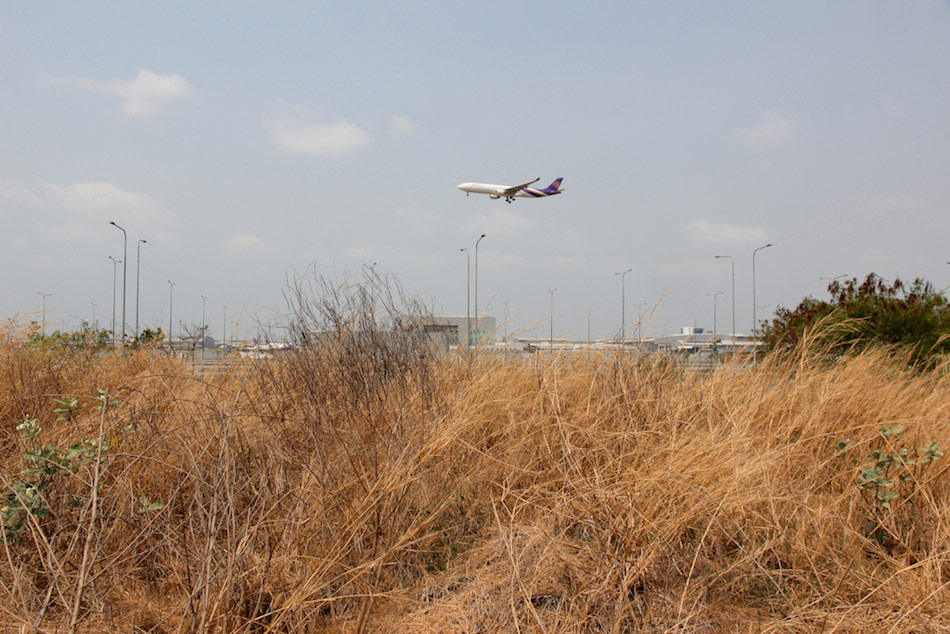 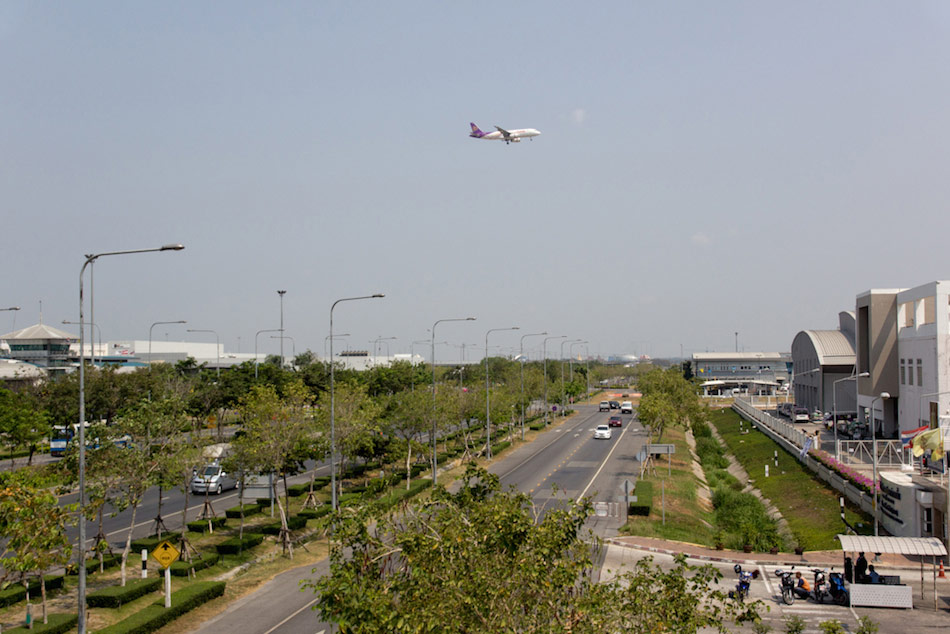 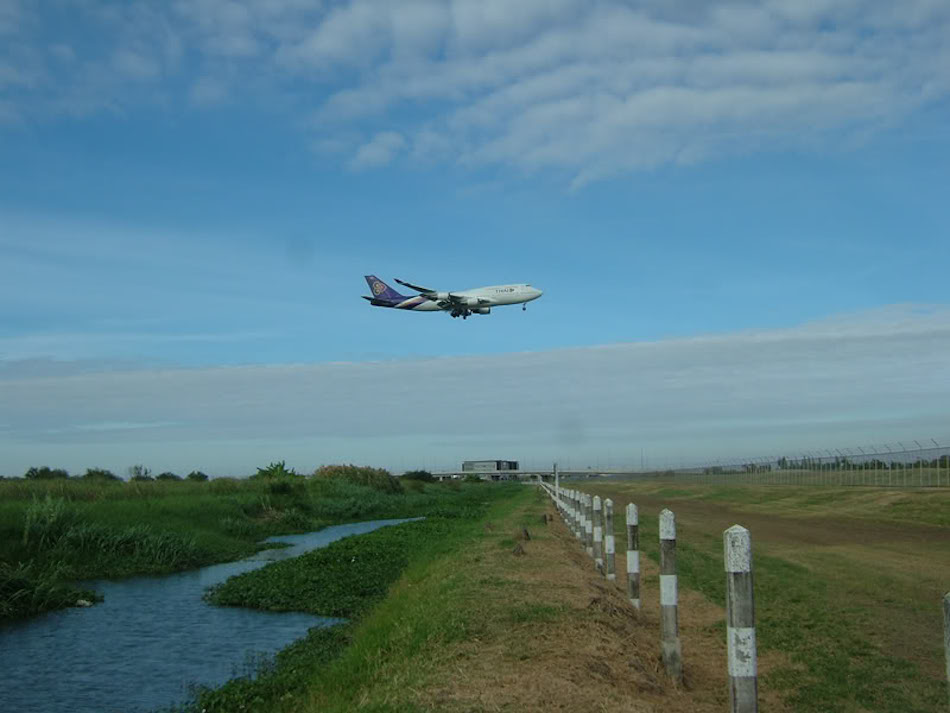 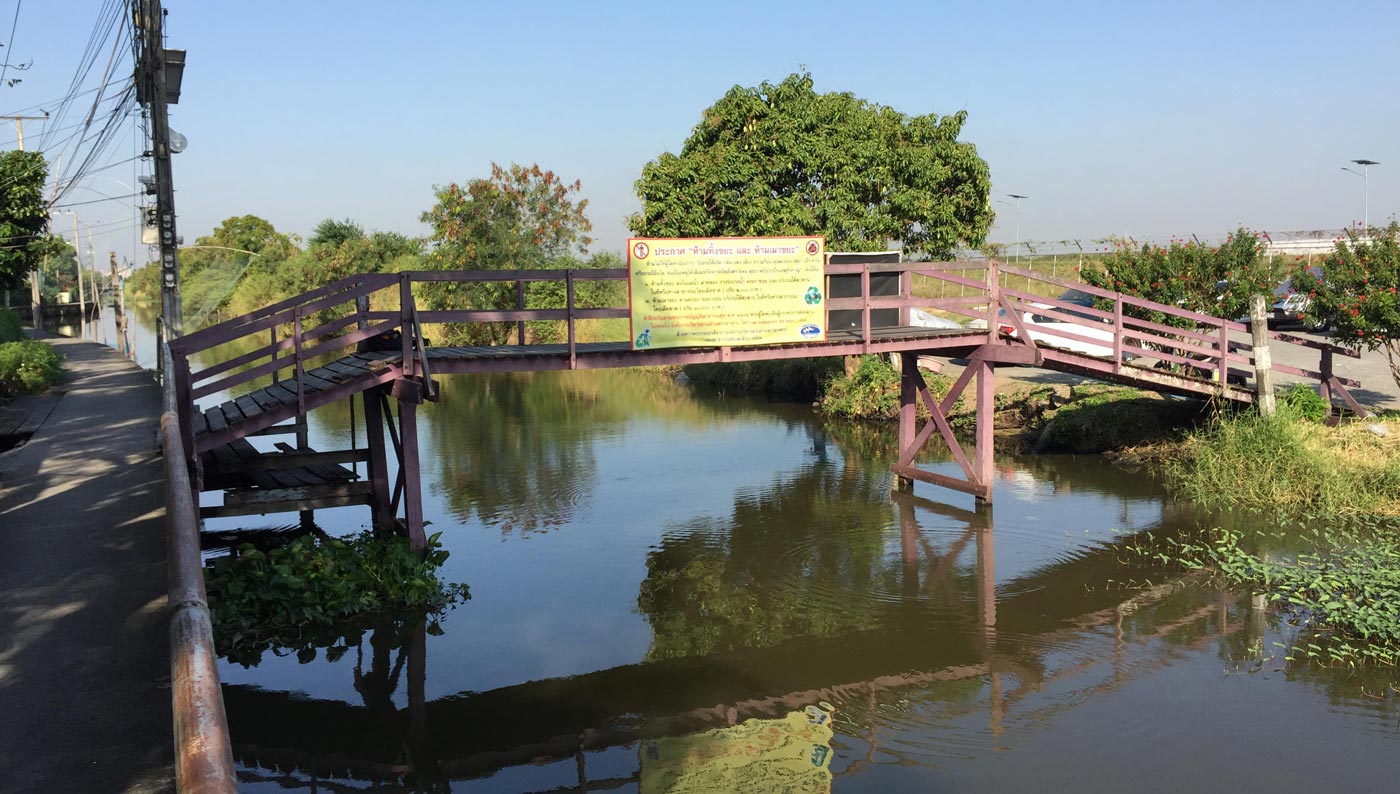 The pics are all backlit and just there to show you the angle.

++We do not have any pictures yet, very soon to be online, stay turned++ 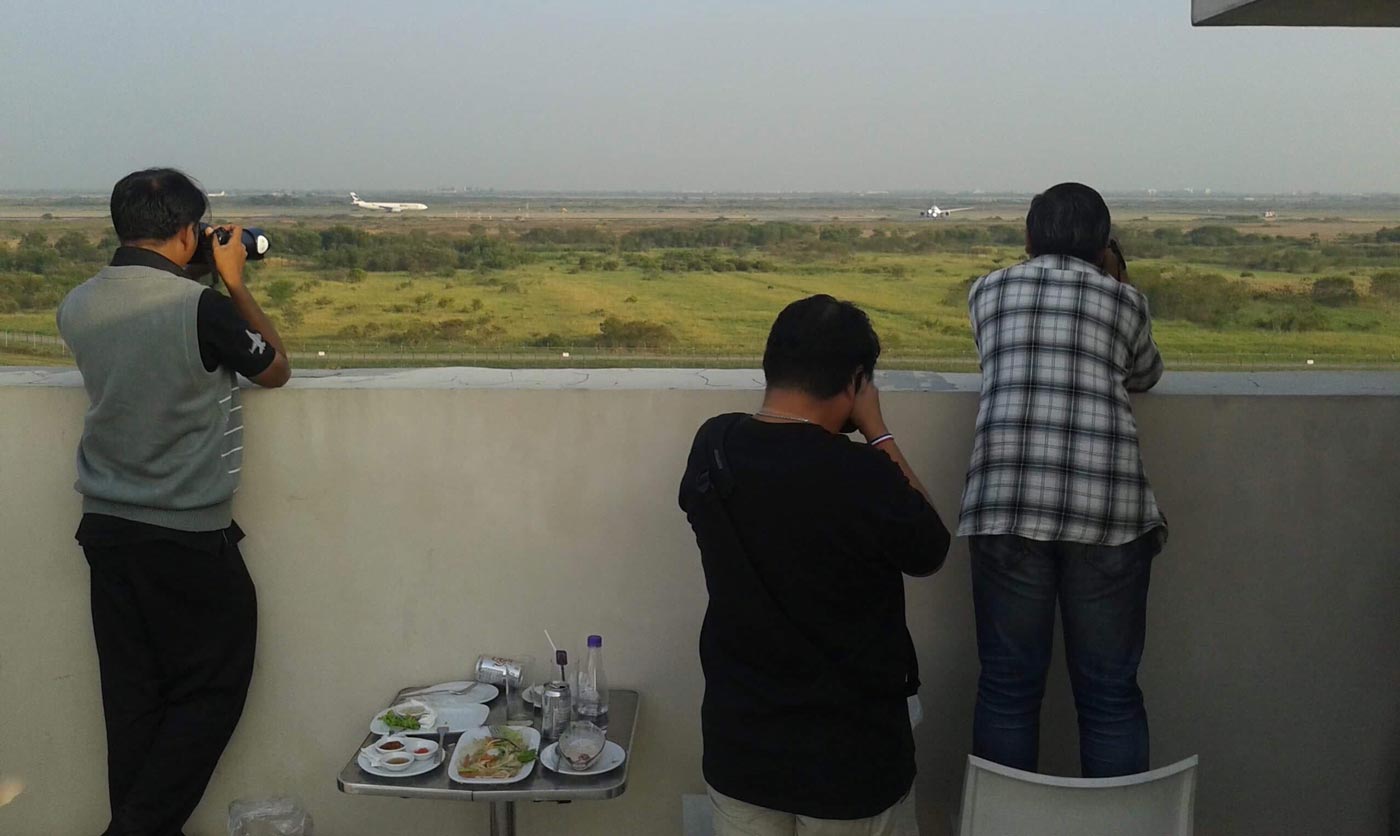 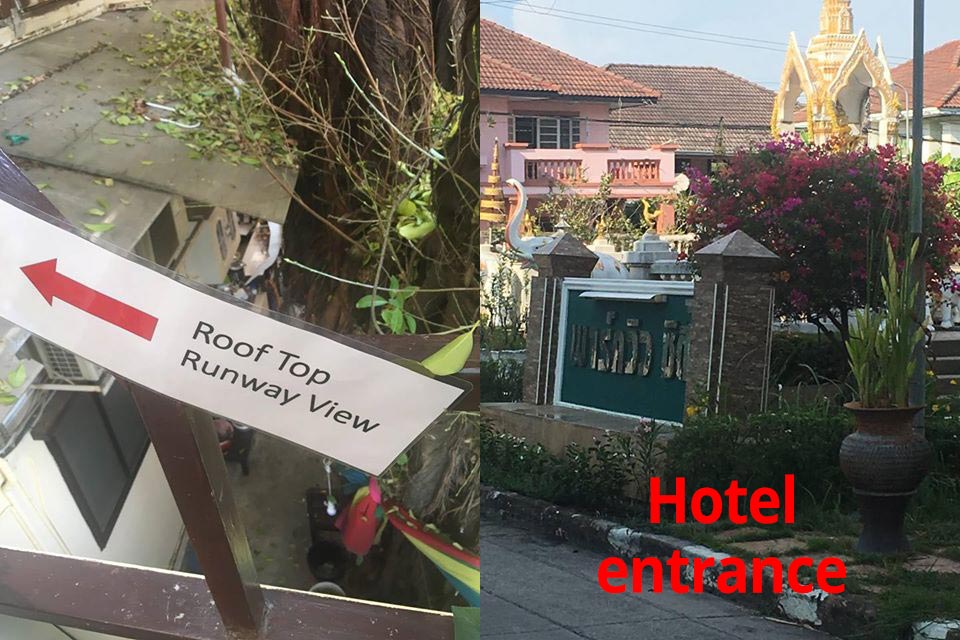 VIDEO FROM THE ACTION

VIDEO FROM THE RESTAURANT

I am visiting Bangkok at the end of November. I usually stay at the Phoenix and this time thinking of staying at the Thana City Country Club (Golf course). It would seem most are arriving from this point and was thinking standing somewhere between 8 and 10 of the possible places to take landing shots. Please can you advise?